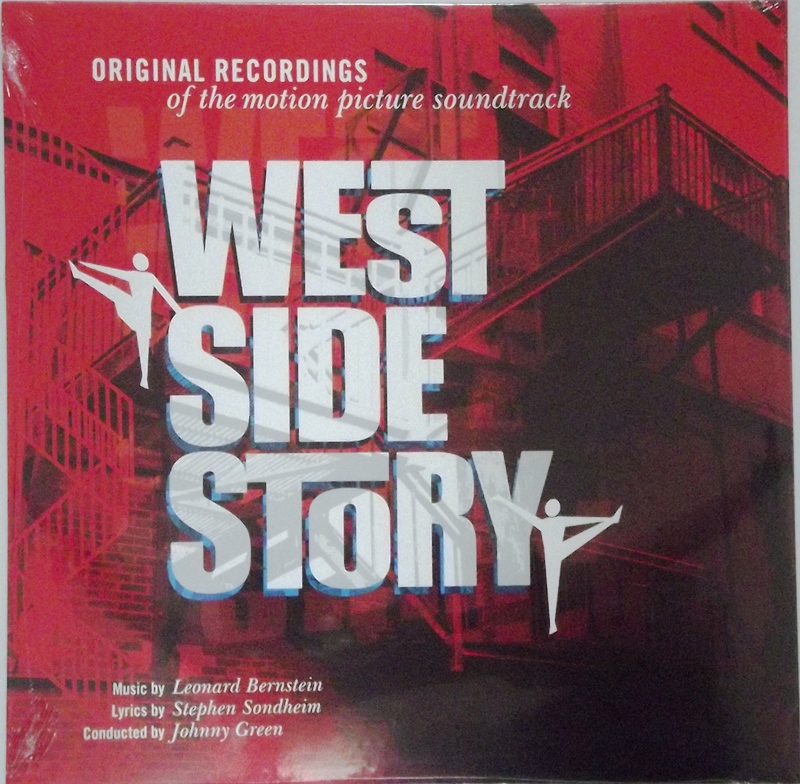 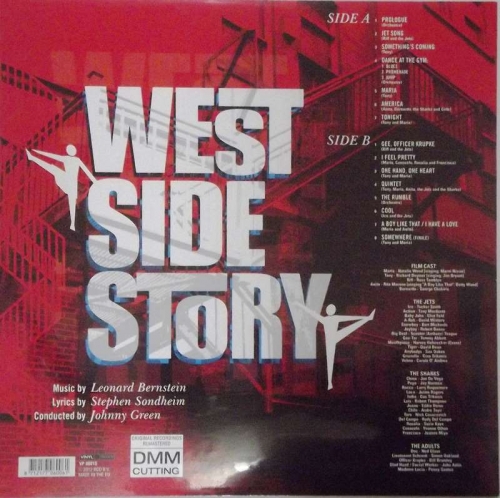 Sealed brand new , Direct Metal Mastered repressing of this iconic stage show. Made in the EU.

The soundtrack of the West Side Story film is deservedly one of the most popular soundtrack recordings of all time, and one of the relatively few to have attained long-term popularity beyond a specialized soundtrack/theatrical musical audience. (It is an entirely different recording, it should be emphasized, from the original Broadway cast recording, which was also a massive-selling album.) Its widespread impact could be attributed to a few factors: the wide range of compositional and orchestral styles, from cool swing jazz and shades of Latin pop to classical; the universality of the storyline, pitting underdog lovers against the world; and an assortment of songs that goes well beyond the sentimental love odes that are the staples of musicals (though it has some of those, too), including some downright tough posturing and sardonic social commentary. "Jet Song," "America," "Gee, Officer Krupke," "Tonight," "Cool," "Maria," "I Feel Pretty," and "Something's Coming" are all among the most famous and oft-sung soundtrack numbers ever. Why might you want to upgrade if your familiar old album has been moldering in the collection for decades, or if you got it passed down for free from older relatives? Well, aside from the excellent remastered sound and historical liner notes about the film and soundtrack production, it has four tracks designated as previously unreleased. One of those, "Intermission Music," is pretty dispensable, as it's simply a 90-second instrumental version of "I Feel Pretty." But "Overture" is a worthy instrumental fanfare, and the "Finale" and "End Credits" that close the release have some supremely booming funereal tones, in keeping with the downbeat end of the film.