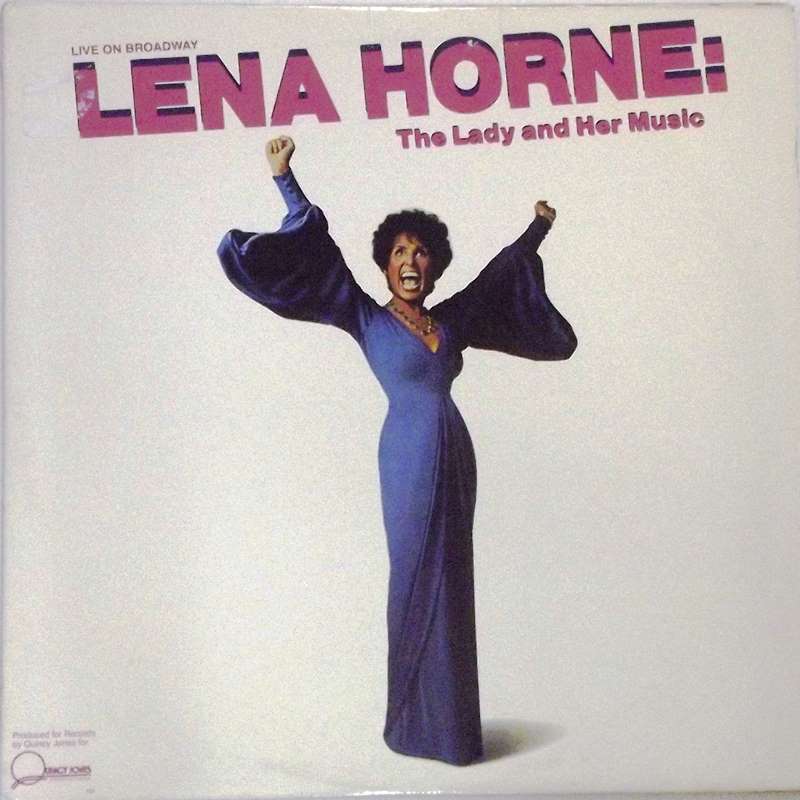 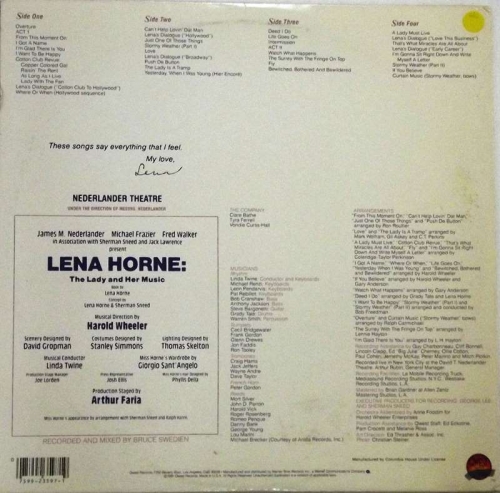 Lena Horne: The Lady And Her Music (Live On Broadway)

Lena Horne: The Lady and Her Music was a 1981 Broadway musical revue, written for and starring American singer and actress Lena Horne. The musical was produced by Michael Frazier and Fred Walker, and the subsequent musical cast album was produced by Quincy Jones. The show opened on May 12, 1981, and after 333 performances, closed on June 30, 1982, Horne's 65th birthday. Horne then toured the show in the U.S. and Canada, and performed the show in London and Stockholm in the Summer of 1984.