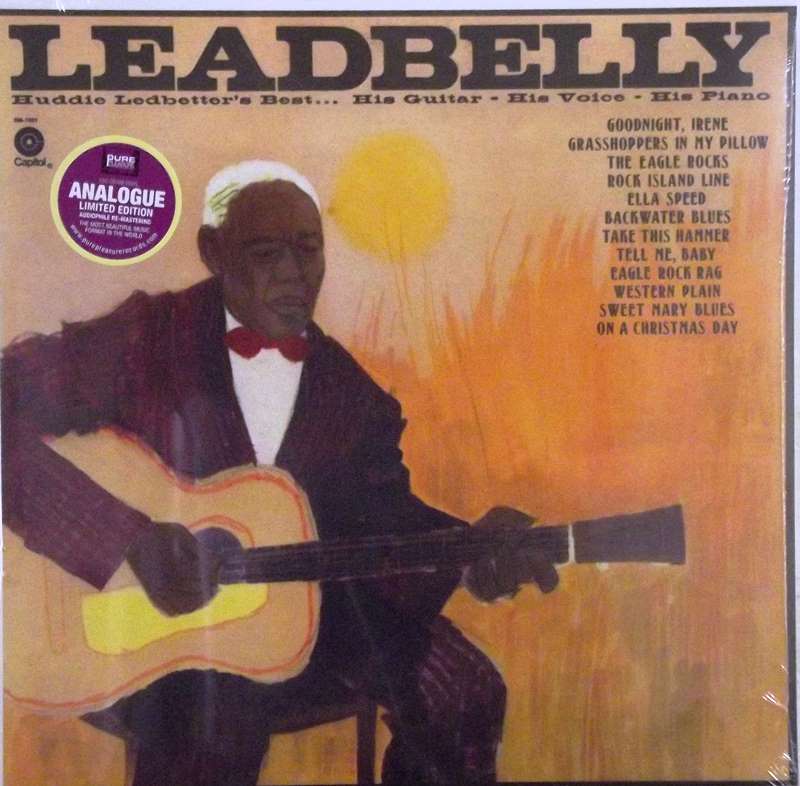 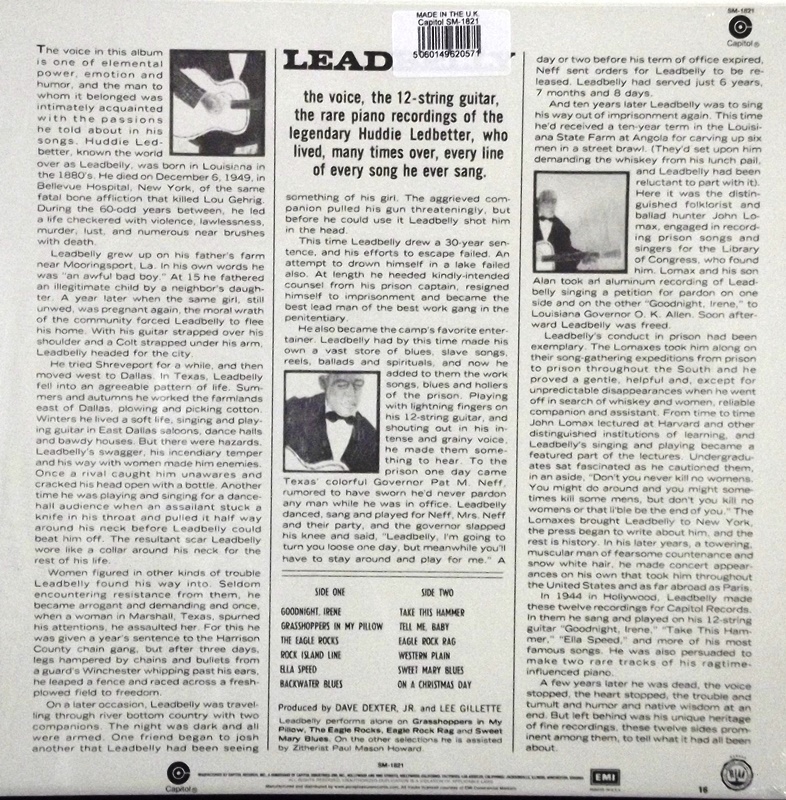 Huddie Ledbetter's Best... His Guitar - His Voice - His Piano

Leadbelly's last recording sessions for a commercial record label, held in the early fall of 1944, yielded a dazzling 12 songs, embracing virtuoso guitar blues ("Grasshoppers in My Pillow"), pounding piano-driven scatting ("The Eagle Rocks," with Leadbelly himself at the ivories, a talent for which he wasn't usually recognized), and familiar standards done in some startlingly different ways, including "Goodnight, Irene," "Rock Island Line," and "Ella Speed," done with the understated accompaniment of a zither (courtesy of Paul Mason Howard) as well as his own guitar. Leadbelly was in excellent voice and top form on guitar and piano -- having gone to California to test the commercial waters, he met Tex Ritter, an old friend, who arranged for Leadbelly to come to his house and, with Merle Travis playing as well and Capitol executive Lee Gillette present, auditioned then and there for the label; he was energized by the experience, and Capitol's recording caught the brightest as well as the deepest tones in his playing, thus making this record one of the very best showcases for acoustic 12-string guitar of the period. Sadly, only a handful of these tracks were issued during the man's own lifetime, thus convincing him that they were another career dead end -- in 1956 (and again in 1962) they emerged with an impassioned annotation by Dave Dexter Jr., imploring people to buy these last commercial sides by one of the most celebrated bluesmen of the century. It never sold well on vinyl, though it moved steadily for years as one of the few major-label releases by Leadbelly, and was even available very briefly on CD from Capitol at the end of the 1980s. Beat Goes On Records then released Huddie Ledbetter's Best in 1998 with an upgraded transfer (slightly richer and louder) and new annotation.