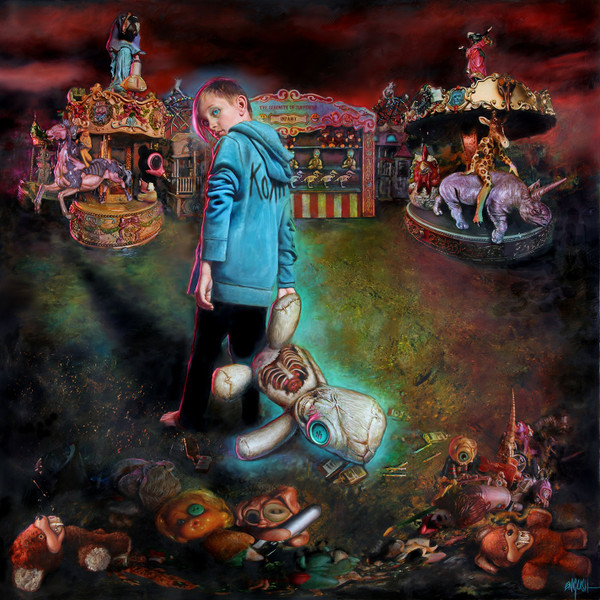 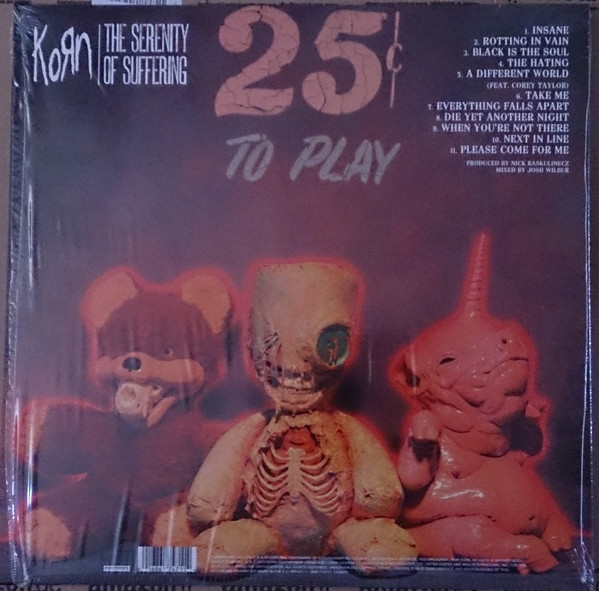 The Serenity Of Suffering

The Serenity of Suffering is the twelfth studio album by American nu metal band Korn. It was released on October 21, 2016.[4] According to guitarist Brian Welch, it is "heavier than anyone's heard us in a long time"[5] and it contains their most intense vocals and music in recent times.[6]

The band began working on their follow up to The Paradigm Shift in 2015, with Head claiming that it would be "heavier than anyone's heard [us] in a long time". It's the first album to feature significant songwriting contributions from Head since he rejoined the band in 2013. The song "Take Me" was originally written by Jonathan Davis for his debut solo album, but after hearing it, the rest of Korn re-wrote the track and decided to include it on The Serenity of Suffering.[7]

The artwork includes the stuffed toy from Korn's fourth album, Issues, and was created by Ron English.[8]