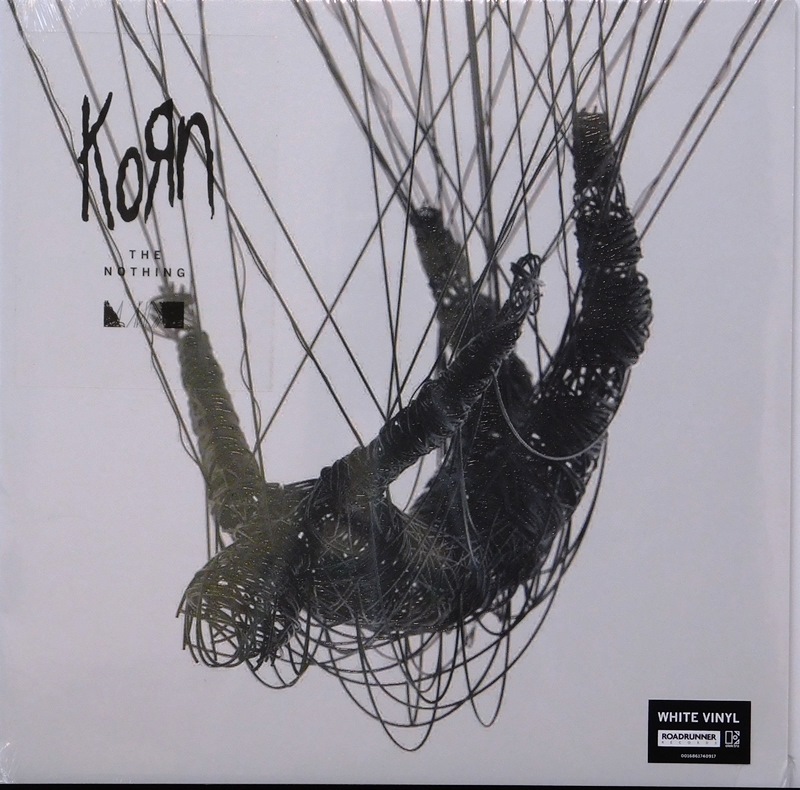 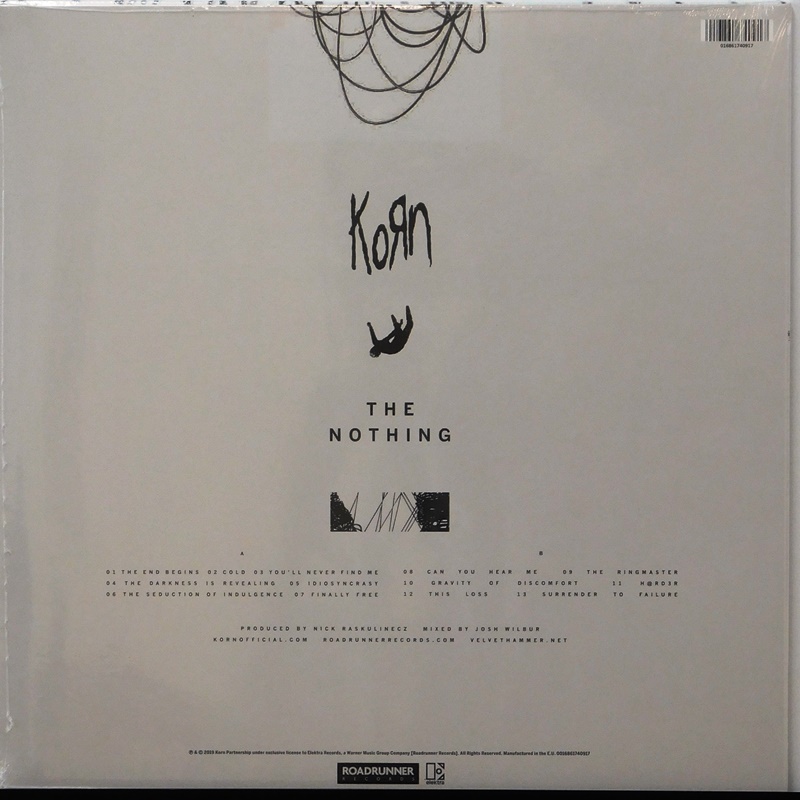 The Nothing (White Vinyl)

Korn has become such a mainstay in the world of metal that’s it’s actually really amazing to think back on their history. Their first self-titled album was released back in 1994, which is half a century ago, right when the angsty inner demons of alternative rock/metal were on the rise.

And yet, Korn is still here and have been on relatively the same path as they always have been. They’re still in a nü-metal-like sound in low tuning and Jonathan Davis leads the charge with wailing agony in his voice.

This has generally been their formula from day one and this knowledge would automatically translate in my pessimistic head as a lack of originality—or at the very least over-commitment to a schtick. To be fair, I did enjoy their previous album, The Serenity of Suffering, although I didn’t love it. I did think that it was better than many of their other recent albums. Admittedly, I can let some of these previous experiences with bands get in the way when it’s time to listen to a new release. But when I got to experience The Nothing, all of that pessimism rolled away into the best experience I’ve had with Korn in a long while.

Musically speaking, the riffage is relatively the same fare we will get from the band, which isn’t to say that’s a bad thing. The riff writing of James “Munky” Shaffer and Brian “Head” Welch has many callbacks and flavors of previous hits which just enough new ideas to display a continual evolution. “Idiosyncrasy” is one of the heavier songs on the album with riffs that don’t simply rely on banging on the low strings constantly. And yet, “The Ringmaster” is a song where riffs do rely on banging on the low string constantly, and it’s an absolute headbanger. The band makes it work on both levels of songwriting, showcasing their long career behind them hasn’t been on accident.

Thematically speaking, The Nothing was surprisingly moving. Throughout Korn’s career, virtually all of Davis’ inner thoughts and demons have been on full display. Korn’s whole image has revolved around the emotional sensitivity and painfully genuine themes of their lyrics, and in our current cultural climate where mental health is becoming more prevalent, this might be even more relevant and relatable than ever. The intro track, “The End Begins,” would appear to be a generic build track into some loud climax, but instead ends with Davis’ openly weeping over bagpipes to the track’s end. The lyrics of which also reference his wife’s tragic passing of last year and it brings an extra layer of reality to hearing his tears. “The End Begins” reaches completion in the album’s closer, “Surrender to Failure,” and has Davis’ broken yet again while singing “I failed… I failed…” Again, Davis’ pain is excruciatingly palatable and forces a pause with every listen.