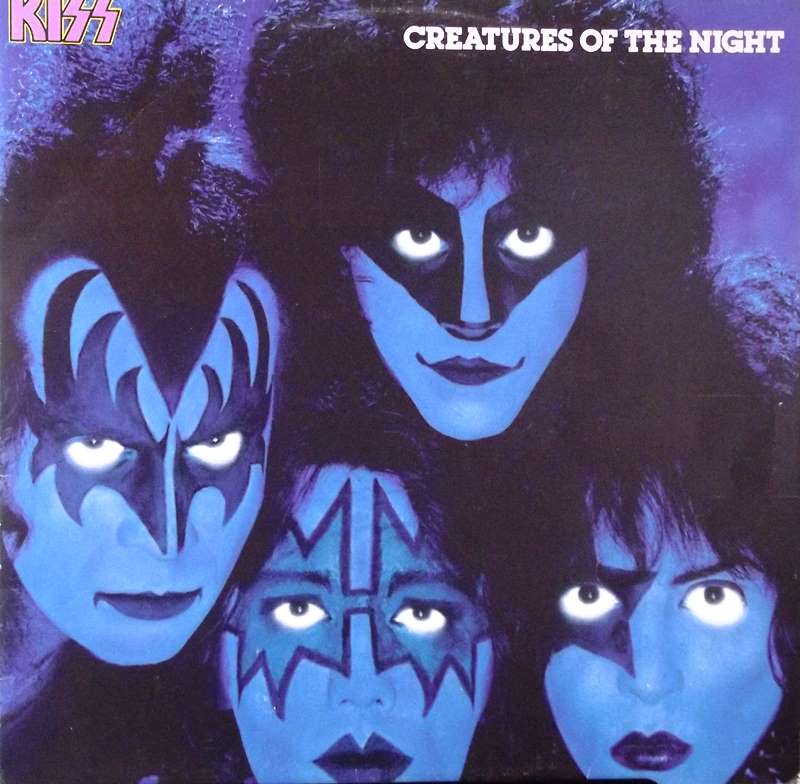 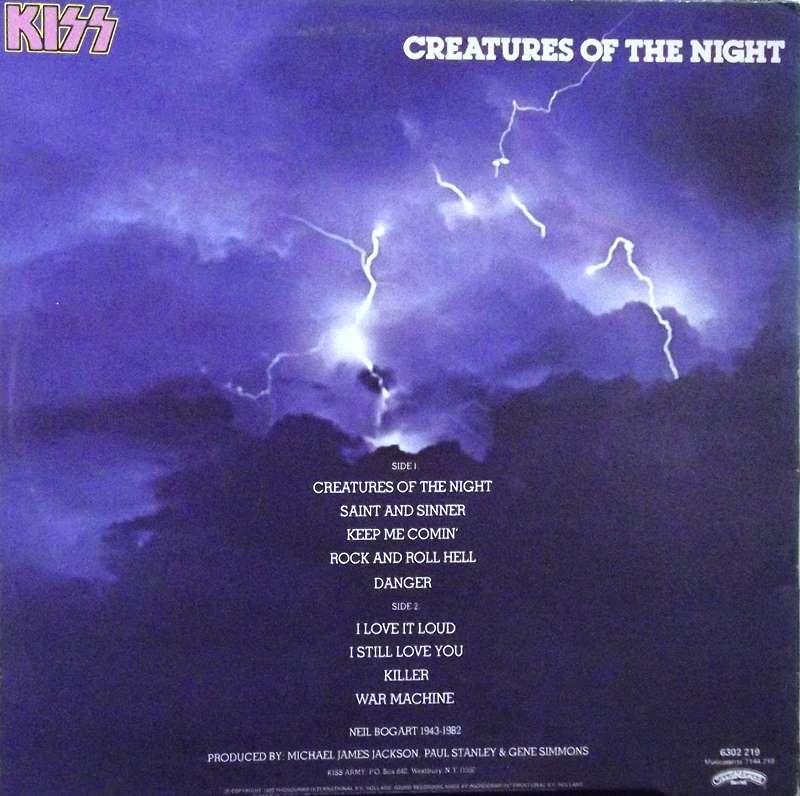 Creatures Of The Night

By 1982's Creatures of the Night, Kiss had finally ditched their plans of becoming "respectable artists" (starting with 1979's Dynasty) and had come to the realization that they were a loud, no-holds-barred heavy metal band. Easily their best since 1977's Love Gun, Creatures of the Night contains very little filler and sounds as if Kiss had been reborn (it also includes one of the heaviest drum sounds ever captured in the studio by any rock band). The band is inspired and enthusiastic throughout, especially on such rockers as the opening title track, "Killer," "War Machine," "Saint and Sinner," and one of their great anthems, "I Love It Loud." Also included is one of Kiss' better ballads, "I Still Love You" (later featured on 1996's Unplugged set), as well as "Rock and Roll Hell," a song written about Ace Frehley, who would soon officially make his resignation from the band public. Guitarist Vinnie Vincent (real name: Vinnie Cusano) handles guitar duties here and was eventually named as Frehley's replacement, playing on the ensuing tour. Although Creatures of the Night deserved to be the album that put Kiss back on top of the charts, it performed below expectations (topping out at number 45), as did its tour. Hence, the album is one of Kiss' most underrated. It didn't take a genius to figure out that the makeup had grown stale and was now getting in the way of their music. The time had finally come for the band to unmask. [Creatures of the Night was later reissued in 1985 with a different cover (non-makeup) and remixed. But when all of Kiss' albums were remastered and re-released on CD in 1996, the original 1982 version was used.]