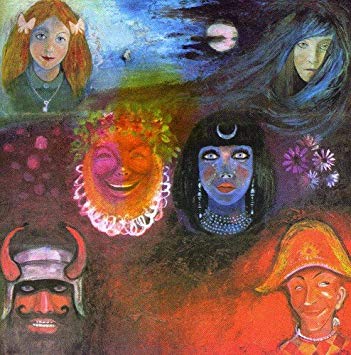 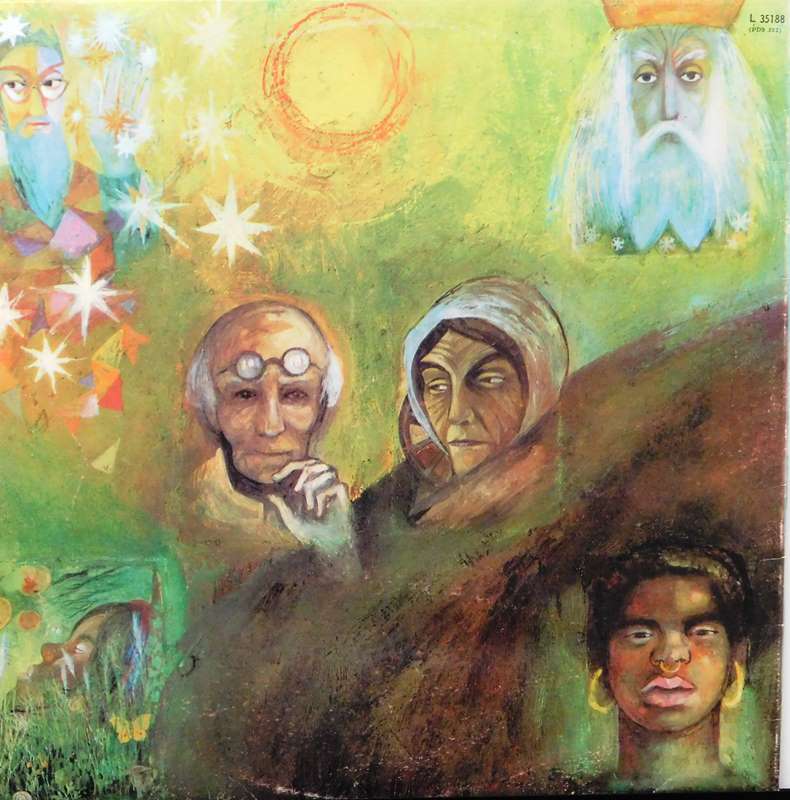 Nice clean vinyl and gatefold cover with ink loss from sticking together. across total bottom of inside.