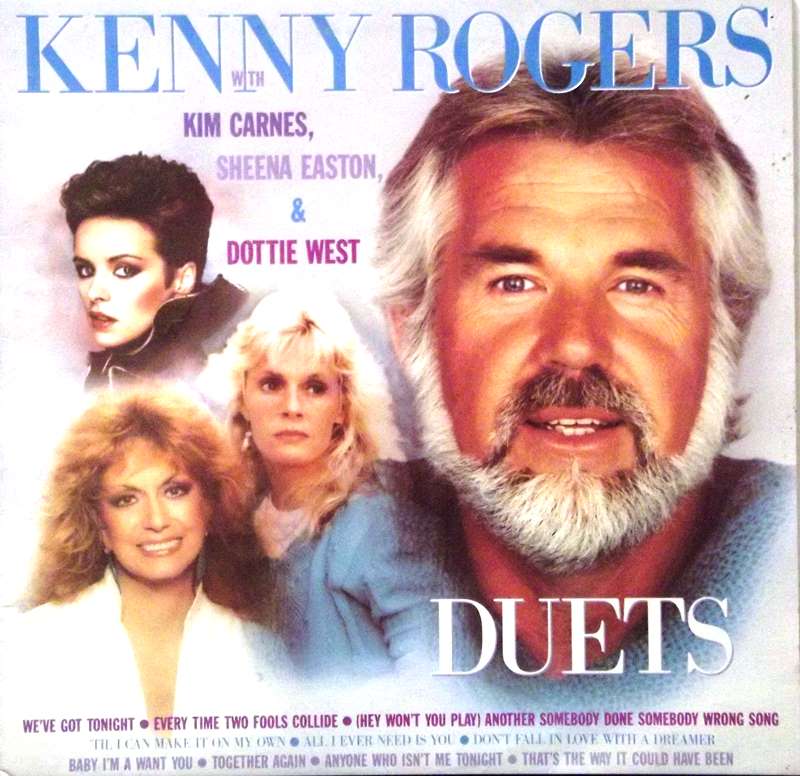 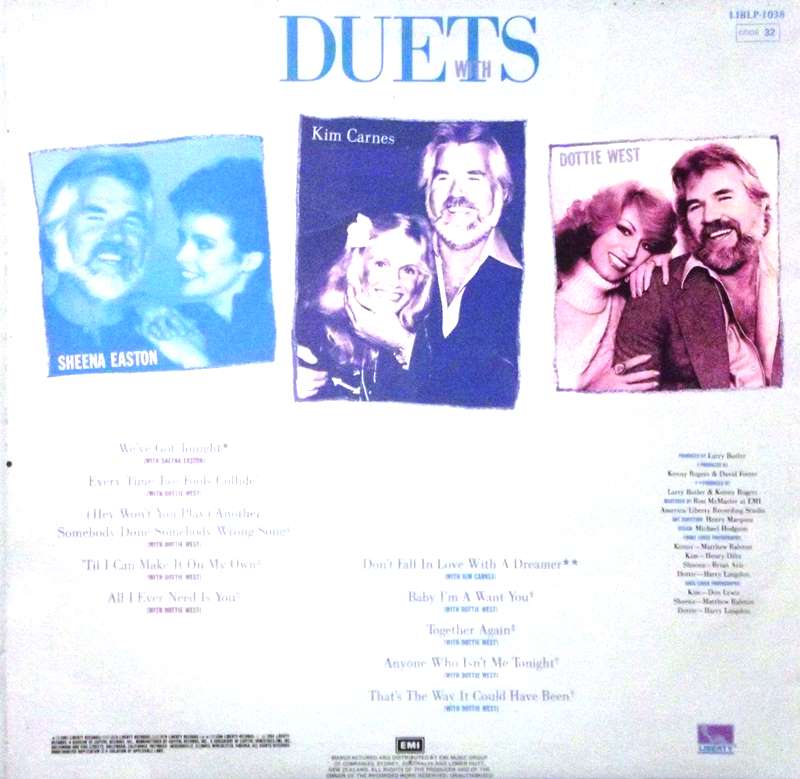 This was such a natural album for Kenny Rogers, a compilation culled from four different sources, but it works very well. The Top Five 1980 hit with Kim Carnes, her biggest chart song a year before "Bette Davis Eyes" would take the world by storm, and the number one country hit, Top Ten smash with Sheena Easton, the remake of Bob Seger's "We've Got Tonight," each open a side of this album, sides which are followed by Dottie West and Rogers performing eight more tunes. Fans of Kenny Rogers will love this despite the fact that the production style and sound of the West/Rogers material is dramatically different from what David Foster put on "We've Got Tonight" and what Rogers and Larry Butler poured over in "Don't Fall in Love With a Dreamer." Rogers and West's 1981 Top 15 hit together, "What Are We Doin' in Love," is missing in action, strange as that seems, but the pair is definitely having fun with this format and the other titles they explore here, songs taken from two different Dottie West LPs: 1978's Every Time Two Fools Collide and 1979's Classics. Both singers sound like the master Ray Charles on the chorus of the Buck Owens-penned "Together Again," copying Charles from his 1966 hit. They don't do the same with "All I Ever Need Is You," though, abandoning Sonny & Cher's stylings for their own. West might start off a little like Cher, but when the tune gets into gear it is pure Dottie West, while Rogers' personality doesn't need Sonny Bono's comedy; Rogers' sincerity does the trick very nicely on what was a huge country hit for the duo. Larry Butler provides competent backing tracks for the two stars to have an enjoyable time, and they do. Hearing a different rendition of "(Hey Won't You Play) Another Somebody Done Somebody Wrong Song" or David Gates' "Baby I'm a Want You" is entertaining -- it's just too bad they couldn't have gotten B.J. Thomas or the Bread vocalist to come to the party that was the original sessions. Producer Larry Butler co-wrote "(Hey Won't You Play) Another Somebody Done Somebody Wrong Song" with Chips Moman, and both men produced B.J. Thomas, so Rogers meeting West was a perfect opportunity to bring this nugget back. "'Til I Can Make It on My Own" and "That's the Way It Could Have Been" are both touching Tammy Wynette numbers, respectful versions by friends of the songwriter. Dottie West, Sheena Easton, Kim Carnes, and Kenny Rogers put a lot into the vocal performances, and that's what truly lifts this album to a special place, no matter when and where it was all recorded. It's also a clever way to slide the material from West's catalog over to Rogers'