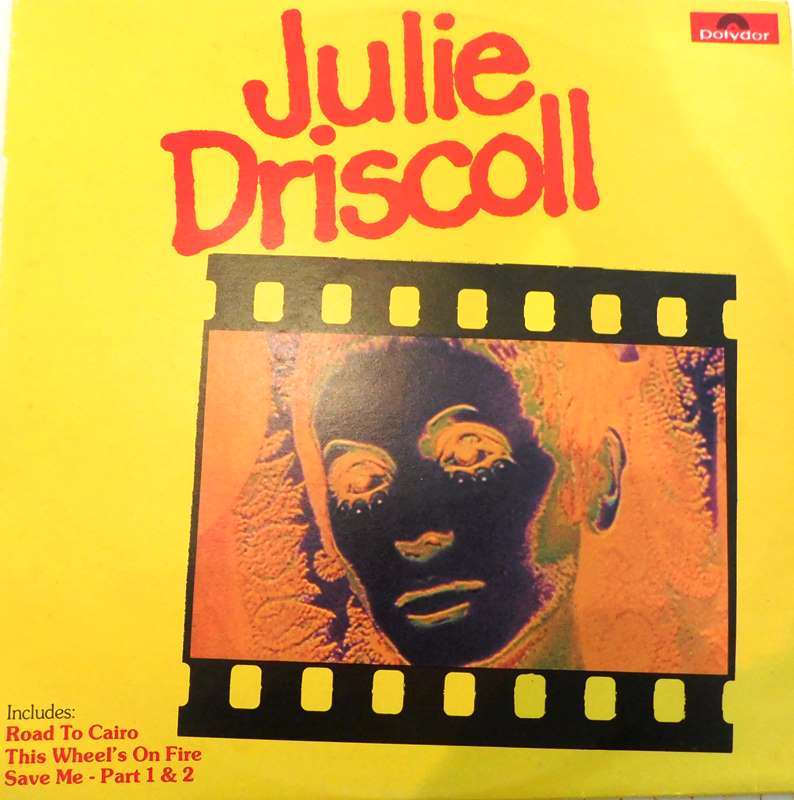 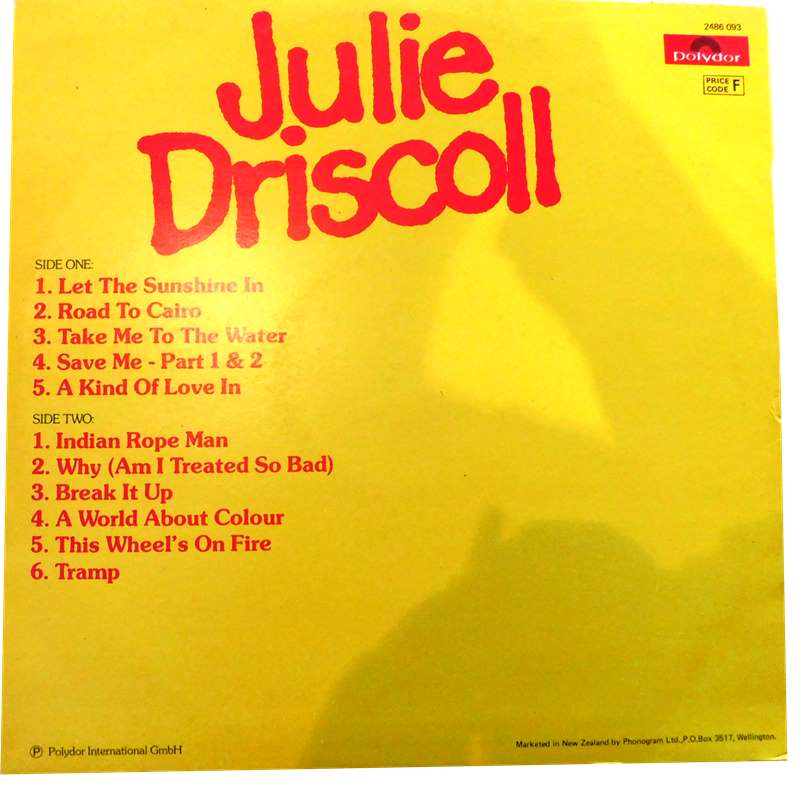 Driscoll is known for her 1960s versions of Bob Dylan and Rick Danko's "This Wheel's on Fire", and Donovan's "Season of the Witch", both with Brian Auger and the Trinity. Along with the Trinity, she was featured prominently in the 1969 television special 33 1/3 Revolutions Per Monkee, singing "I'm a Believer" in a soul style with Micky Dolenz.[1] She and Auger had previously worked in Steampacket, with Long John Baldry and Rod Stewart.

"This Wheel's on Fire" reached number five in the United Kingdom in June 1968, number 13 in Canada,[2] and Bubbled Under the Billboard Hot 100 in the United States at #106 that August. With distortion, the imagery of the title and the group's dress and performance, this version came to represent the psychedelic era in British rock music. Driscoll recorded the song again in the early 1990s with Adrian Edmondson as the theme to the BBC comedy series Absolutely Fabulous.[3]

Since the 1970s, Driscoll has concentrated on experimental vocal music. She married jazz musician Keith Tippett and collaborated with him and now uses the name Julie Tippetts, adopting the original spelling of her husband's surname. She took in Keith Tippett's big band Centipede, and sang in Robert Wyatt's Theatre Royal Drury Lane concert in 1974.[4] She released a solo album, Sunset Glow in 1975;[5] was lead vocalist[6] on Carla Bley's album Tropic Appetites; and also performed on John Wolf Brennan's "HeXtet".[7]

Later in the 1970s, she toured with her own band and recorded and performed as one of the vocal quartet Voice, with Maggie Nichols, Phil Minton, and Brian Eley.[8]

In the early 1980s, Julie Tippetts was a guest vocalist on an early single by pop-jazz band Working Week, on the song "Storm of Light",[9][10] which brought them to the attention of a wider audience. Between 2009 and 2015, she recorded four albums with Martin Archer.[11]