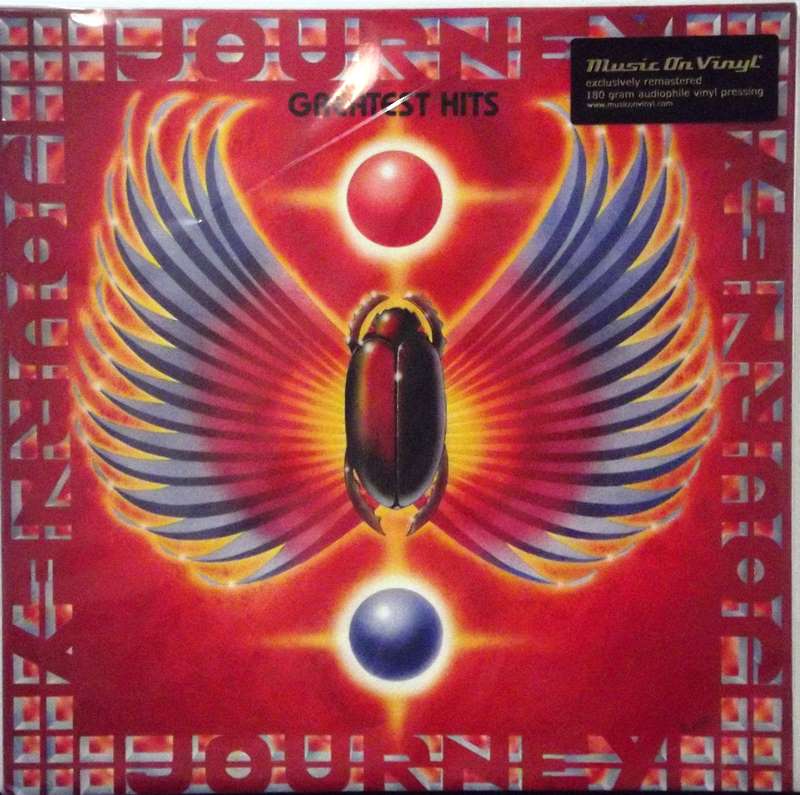 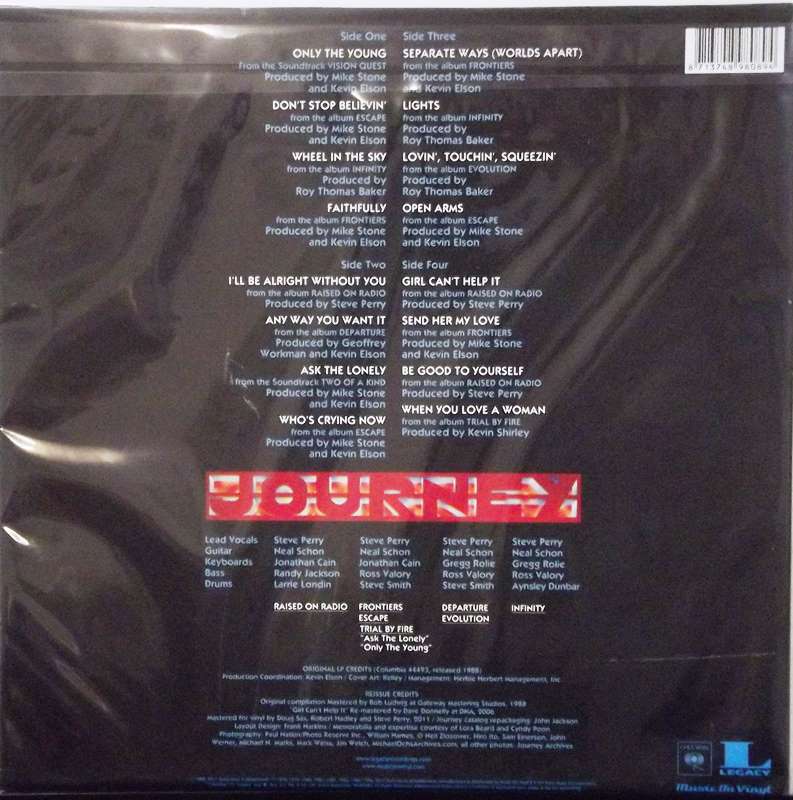 Greatest Hits is a compilation album by the American rock band Journey, originally released in 1988 by Columbia Records.[1] It is the band's best-selling career disc, spending 452 weeks on the Billboard 200 album chart[4] (more than any other compilation album, except for Bob Marley's Legend disc, in history). Additionally, as of late 2014, it has logged nearly 1,000 weeks on Billboard's Catalog albums chart.

As of December 2008, it was reported to have been the sixth highest certified 'greatest hits' package in the United States according to the RIAA,[5] behind only similar collections by The Eagles, Billy Joel, Elton John, and The Beatles' red and blue compilations.

It continues to be one of the most popular 'best of' packages, at times selling close to 500,000 copies globally per year. The album has been reissued several times and was digitally remastered for compact disc by Legacy Recordings, issued on August 1, 2006, with a bonus track. In Japan, the album has been reissued as Open Arms: Greatest Hits with the song "Open Arms" appearing as the first song on the album. A second Journey compilation album, Greatest Hits 2, was released in 2011.