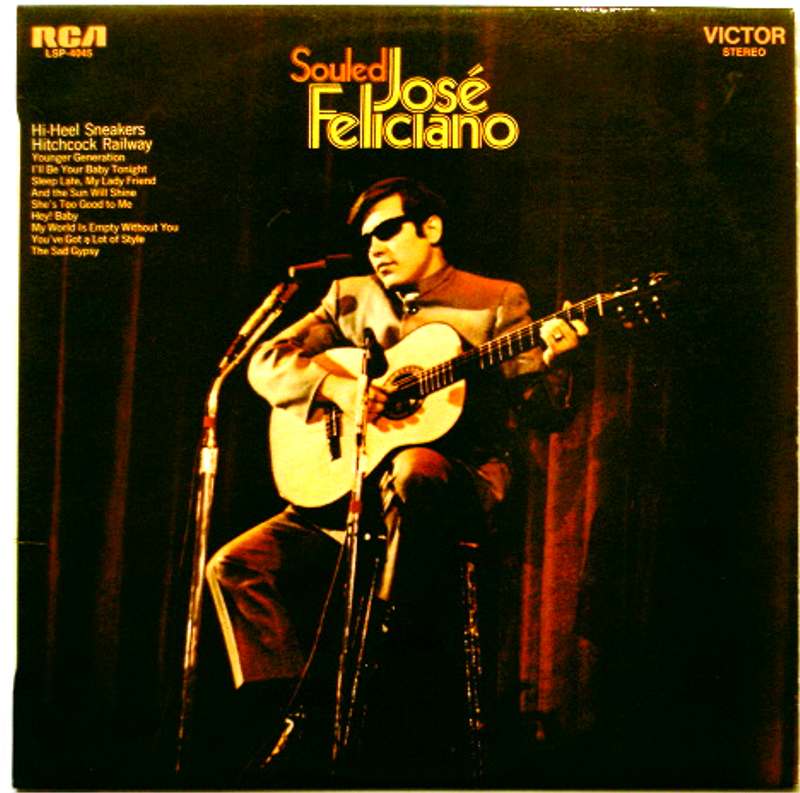 José Monserrate Feliciano García (born September 10, 1945), better known simply as José Feliciano[xoˈse feliˈsjano], is a Puerto Rican musician, singer and composer, best known for many international hits, including his rendition of The Doors' "Light My Fire" and the best-selling Christmas single, "Feliz Navidad". His music is known for its fusion of styles: Latin, jazz, blues, soul and even rock, created primarily with his unique, signature acoustic guitar sound. His oftentimes mellow easy listening influences are easily recognizable in many songs heard around the world.[1]

In the United States, he first received widespread popularity in the 1960s, particularly after his 1968 album Feliciano! reached number two on the music charts.[1]  Thus far, he has released over fifty albums, worldwide, in both English and Spanish.