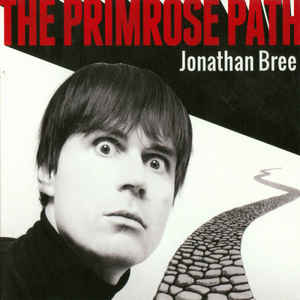 This solo album from Jonathan Bree is the grown-up/mature version of the clever record-collection pop he offered as part of (leader of) The Brunettes. I loved a lot of what The Brunettes had to say – shamelessly borrowing it before saying it, obviously – but Bree’s writing and singing voice were both so obviously tongue-in-cheek. There were moments of sincerity, yes, but it lapsed all too easily into happy caricature. There was the drawly almost-Lou Reed voice falling on over too often into Jonathan Richman sing-speaking and trying its best to not laugh first and the joke of it all. And though that wasn’t any great problem – their shows were fun, their albums were strong, the songs were (for the most part) good – it became a little tiring; a little tiresome. If it’s all twee then where is the honesty?

Who wants to wear a cardigan all the time?

Well, whether that was ever anything Bree contemplated or not is neither here nor there – though it seems like the result most likely is right here, with this album. And by that I mean it’s both here. And right.

The Primrose Path opens with Booty Call, still a hint of the sardonic lyrics but it’s po-faced and the arrangements draw starkly from Serge Gainsbourg’s style of string-laden dramatic pop. Where The Brunettes dripped irony and cuteness this is imbibed with sophistication; with heart.

Think of Beck’s wonderful Sea Change (which actually stole – wholesale – from Serge) and there’s something in this arrangement that makes me think of the opening cut from  Prince’s Batman album, just the shimmer of it, a cinematic thing. (And yes, I’m aware it’s probably just me that hears this. I was very happy to hear it all the same).

This feel is carried on over into Beat Your Head which seems like a long-lost 1960s/1970s gem; the sort of thing you discover when first hearing an album – gone, buried then finally unearthed – by Skip Spence or Love or Spirit or Gene Clark; those records that indelibly leave their mark as soon as you hear them – you can’t in fact believe you went so far in life, made it this far, without hearing them!

Seven also finds a home alongside the strings-and-things pop-writing that Lawrence Arabia has been cleverly crafting.

The Primrose Path is a short album too – its biggest strength might be in the careful crafting, the clever editing. No song outstays its welcome but most are long enough to sprawl and stretch, no lounge affectation here, but they’ll still curl up on the couch and keep you company. Two of the tunes run in at under two minutes; both leave you wanting more. That’s a good thing too. And then you think that it’s quite likely these songs arrived almost exactly as-is, no editing as such, no crafting – just complete songs. Ready. Perfect. They were shaped in Bree’s head. He put them down as he heard them.

What’s most rewarding about The Primrose Path is that it somehow feels instantly familiar, like a catch-up with an old friend, you find the more that everything has changed a lot still feels the same. And it’s a whole new world too – songs to fall in love with that seem to announce themselves immediately as, well, classics.

Big call, sure, but this album feels almost instantly like a classic.

It’s a masterpiece in songwriting, song-styling, Bree’s singing is brilliant, the arrangements are lovely – and correct. The playing is spot on (most of it performed by Bree, across almost every instrument).