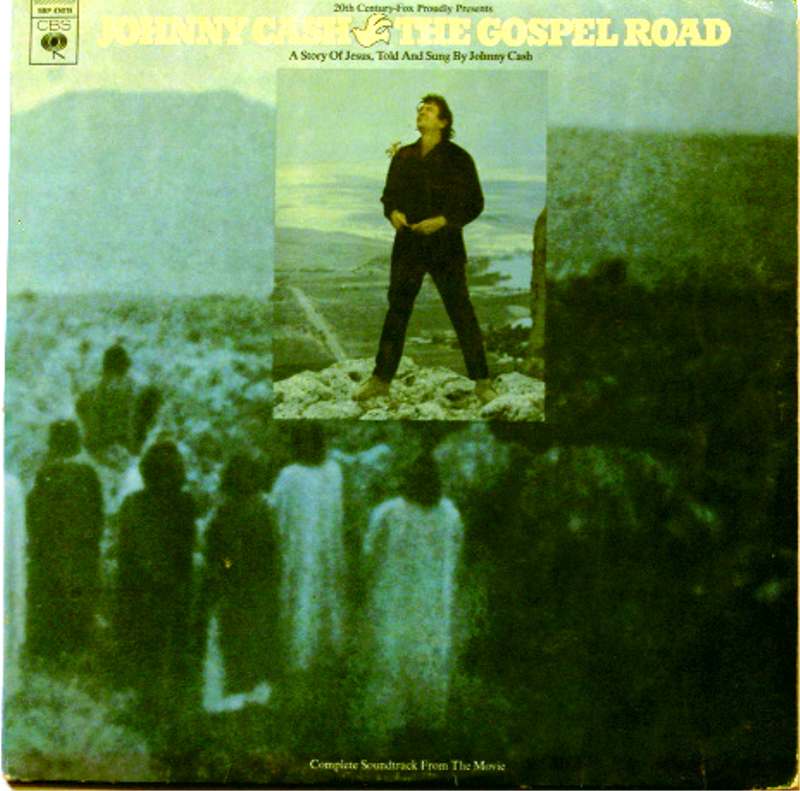 The Gospel Road is a double album and the fourth gospel album and 45th overall album by American country singer Johnny Cash, released on Columbia Records in 1973 . It is the soundtrack to the film of the same name released by Twentieth Century Fox.

The movie and the soundtrack tell the story of the life of Jesus. The album consists primarily of spoken-word recordings taken from the film of Cash describing the action on screen, interspersed with occasional songs, including several that are presented in piecemeal form through the album. Additional vocalists featured on varying tracks include The Carter Family, The Statler Brothers, June Carter Cash (who in the film and on the album portrays Mary Magdalene), Kris Kristofferson and Rita Coolidge. Songs performed included several that Cash had previously recorded for records such as The Holy Land and Hello, I'm Johnny Cash ("He Turned the Water Into Wine" and "Jesus Was a Carpenter", respectively), along with cover versions of the Larry Gatlin song "Help Me" (which is titled simply "Help" on this release) and "Follow Me" by John Denver. Cash later recorded a full version of "Help Me" which was included on the posthumous album American V: A Hundred Highways under its complete title.