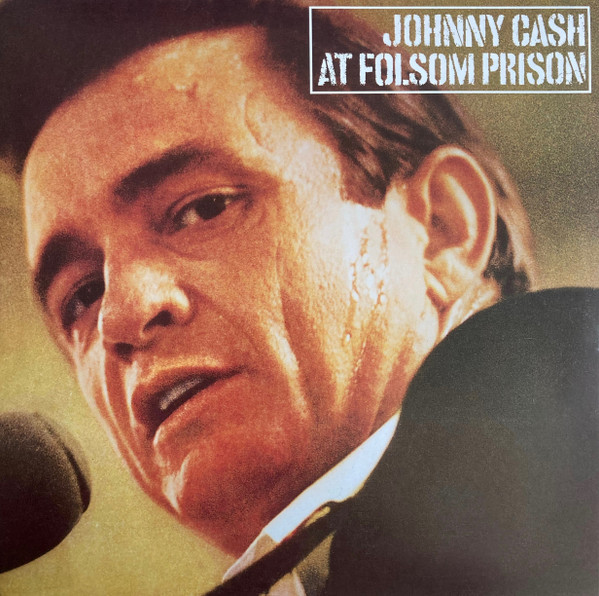 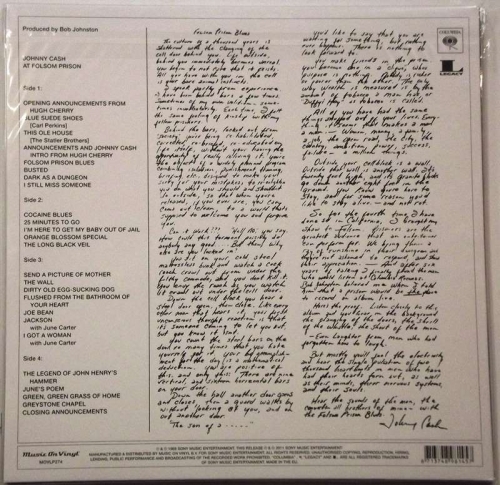 At Folsom Prison is a live album and 27th overall album by Johnny Cash, released on Columbia Records in May 1968. After his 1955 song "Folsom Prison Blues", Cash had been interested in recording a performance at a prison. His idea was put on hold until 1967, when personnel changes at Columbia Records put Bob Johnston in charge of producing Cash's material. Cash had recently controlled his drug abuse problems, and was looking to turn his career around after several years of limited commercial success. Backed with June Carter, Carl Perkins and the Tennessee Three, Cash performed two shows at Folsom State Prison in California on January 13, 1968. The resulting album consisted of fifteen tracks from the first show and two tracks from the second.

Despite little initial investment by Columbia, the album was a hit in the United States, reaching number one on the country charts and the top 15 of the national album chart. The lead single from the album, a live version of "Folsom Prison Blues", was a top 40 hit, Cash's first since 1964's "Understand Your Man". At Folsom Prison received good reviews upon its release and the ensuing popularity revitalized Cash's career, leading to the release of a second prison album, At San Quentin. The album was re-released with additional tracks in 1999 and as a three-disc set in 2008. It was certified three times Platinum on March 27, 2003 by the Recording Industry Association of America for US sales exceeding three million.