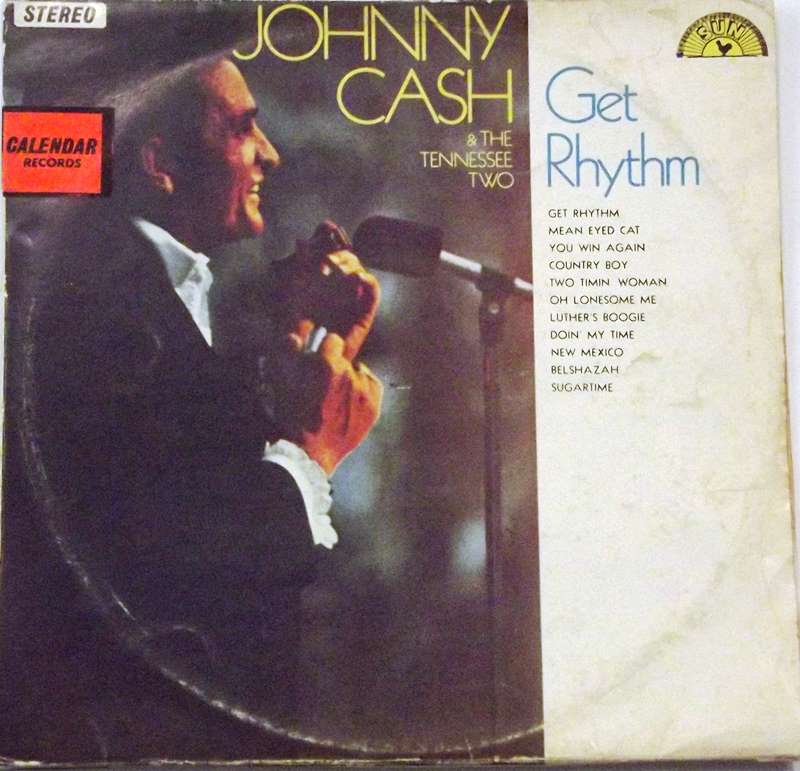 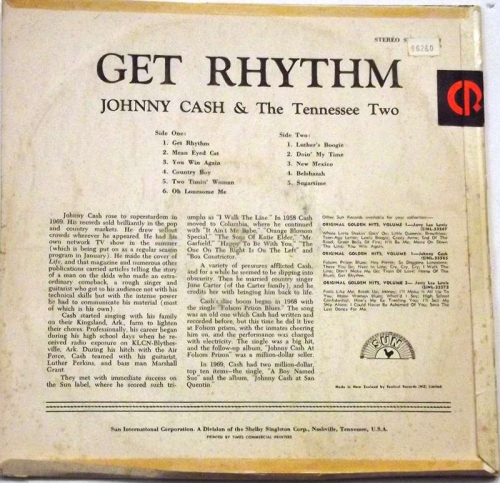 The Tennessee Three was the backing band for country music and rockabilly singer Johnny Cash for nearly 25 years, until Cash's reorganizing of the group and naming it The Great Eighties Eight in 1980.

Roy Cash, Sr., older brother of Johnny Cash, was service manager at an Automobile Sales Company dealership in Memphis, Tennessee. In 1953, while the younger Cash was stationed in Germany with the US Air Force, Luther Perkins joined the staff at Automobile Sales, where he met co-workers Marshall Grant and A.W. 'Red' Kernodle. Grant, Kernodle and Perkins began bringing their guitars to work, and would play together when repair business was slow.[1][2]

When Johnny Cash moved to Memphis after returning from Germany in 1954, Roy Cash introduced him to Grant, Kernodle and Perkins. The four began to get together in the evenings at Perkins' or Grant's home and play songs. It was during this time that they decided to form a band, with Grant moving to an upright bass, Kernodle to a six-string steel guitar, and Perkins buying a Fender Esquire electric guitar[3] Perkins' performance style on the Fender resulted in the band's famous steady, simple "boom-chicka-boom" or "freight train" rhythm.

By 1955, Cash and his bandmates were in the Memphis studio of Sun Records, to audition for owner Sam Phillips. Kernodle was so nervous that he left the session, not wanting to hold back the group. The band presented themselves as the "Tennessee Three", but Phillips suggested that they call themselves Johnny Cash and the Tennessee Two. When Cash moved to Columbia Records in 1958, the group followed him.

In 1960, drummer W.S. Holland joined the group, which was then renamed The Tennessee Three. Holland has been credited as one of the first country drummers. In the early 1950s, he had collaborated with Cash on recordings, as well as having played with Carl Perkins (no relation to Luther Perkins) and the "Perkins Brothers Band". In 1961 the group released two instrumental singles on Columbia recorded in 1959 (before Holland joined) as The Tennessee Two and Friend. The four songs would later be included in Cash's greatest hits collection More of Old Golden Throat.

Luther Perkins died from injuries sustained in a house fire in August, 1968, after reportedly having fallen asleep with a lit cigarette. Bob Wootton filled in as the group's guitarist at a performance the following month, and continued a slightly tweeked version of Perkins' unique "boom-chicka-boom" sound as a full member of the Tennessee Three in time for the landmark February 1969 performance at San Quentin State Prison when Cash's live album was recorded.

In 1971, the group recorded an instrumental album dedicated to Perkins: The Tennessee Three: The Sound Behind Johnny Cash.

Through the 1970s, the Tennessee Three continued to work as Cash's studio and stage backing group. One major exception occurred in 1975 when Columbia Records, seeking to update Cash's sound, had the singer record an album with a new set of session musicians (including members of Elvis Presley's touring band) titled John R. Cash. It was one of the only major Cash recordings of the era on which no member of the Tennessee Three participated. The album was unsuccessful and the next album released, Look at Them Beans reinstated both the Tennessee Three as core session musicians and the accompanying Johnny Cash sound.

Marshall Grant was fired by Cash in 1980, and Cash chose to discontinue using the name, "The Tennessee Three", ostensibly for legal reasons (Grant had filed a lawsuit against Cash, which was settled out-of-court years later). The band was called The Great Eighties Eight after Grant left. Since that time, others joined the group, with Wootton and Holland remaining off-and-on as the group's anchors.

In September 1989, Cash hired Kerry Marx and Steve Logan as guitarist and bassist, respectively, and renamed the group The Johnny Cash Show Band.

By the early 1990s the band consisted of Bob Wootton (guitar), W.S. Holland (drums), Dave Roe (upright bass), John Carter Cash (rhythm guitar) and Earl Poole Ball (piano). This was the final ongoing configuration of the Johnny Cash Show Band until Cash's death in 2003 (though Marty Stuart joined the group on guitar for a one-off performance of Cash's version of "Rusty Cage" on The Tonight Show with Jay Leno in 1996).

The group made its final appearance backing Cash (with Marshall Grant in a surprise appearance on string bass) on April 6, 1999, while taping a TNT television special in New York City.[4]

In 2006, the group's career was revived by then-manager Trevor Chowning, and they recorded and released a tribute album to Johnny Cash titled "The Sound Must Go On."

In August 2007, the band made their first appearance in Scotland since the 1990s at Belladrum Tartan Heart Festival, Inverness-shire. A planned Tennessee Three concert in January 2008 commemorating the 40th anniversary of Cash's Folsom Prison performance was scrapped after disputes between prison managers and the concert promoter.

In January 2008, Wootton announced on his mySpace page that Holland had decided no longer to tour with Wootton, and formed the "W.S. Holland band". In an interview, Wootton said that Holland decided to dissolve the partnership after Wootton backed out of playing the Folsom anniversary concert.

Wootton continued his 2008 touring as the Tennessee Three with drummer Rodney Blake Powell, upright bassist Shawn Supra, Vicky and Scarlett Wootton to appreciative crowds across the globe. The band continued to tour throughout 2009, with the addition of upright bassist Lisa Horngren and drummer Derrick McCullough.[5]

In 2012 another album with the title "All Over Again" appeared. It includes a new song "How A Cowboy Has To Ride" written by Vicky Wootton.