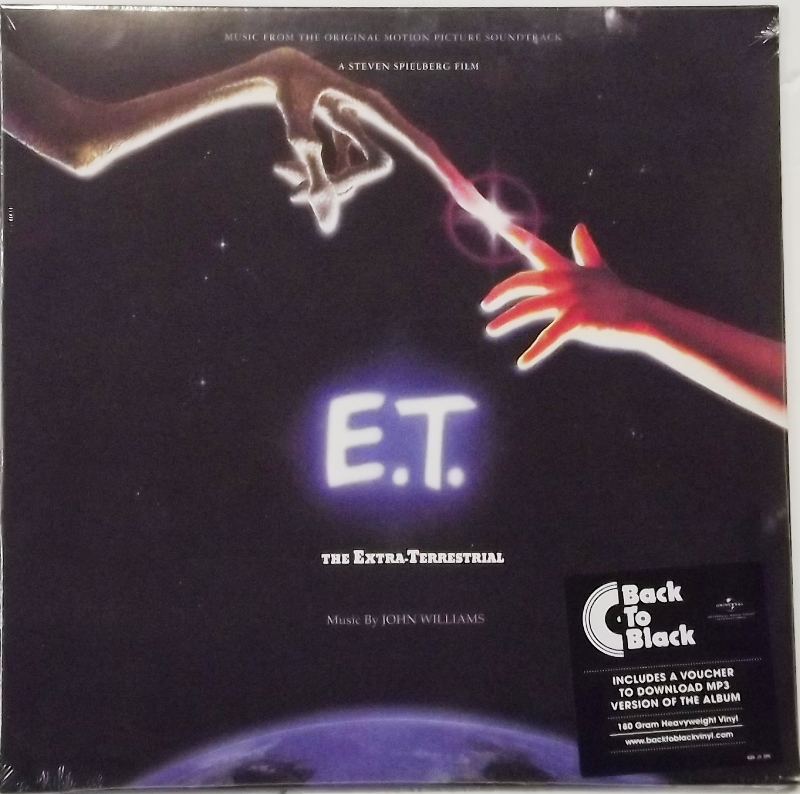 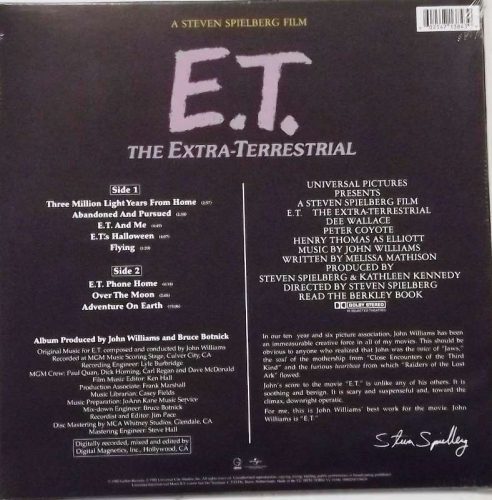 E.T. the Extra-Terrestrial: Music from the Original Soundtrack is an album containing John Williams' score for the 1982 Steven Spielberg film of the same

The soundtrack for the film has actually been issued numerous times. The original issue was a recording of concert arrangements based on the film's music. Later issues contain the actual soundtrack cues as heard in the film, although most cues are alternates originally recorded for the film, but replaced by new cues.

The score was recorded in Los Angeles, and thus not using the London Symphony Orchestra.

On the track "The Magic of Halloween," when E.T. sees a child wearing a Yoda costume, John Williams included a portion of Yoda's theme, which he had composed for The Empire Strikes Back in 1980.