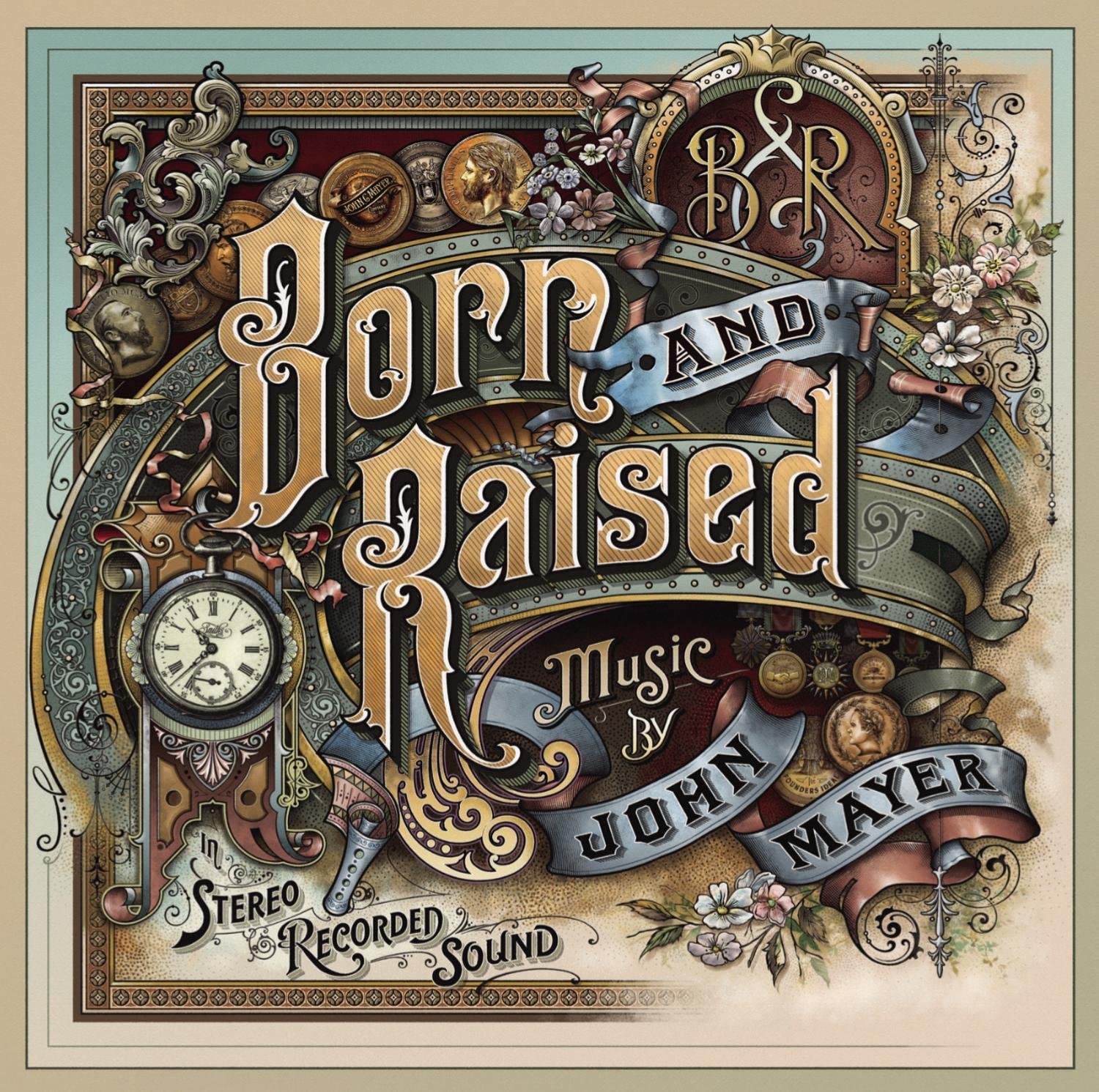 Born and Raised is the fifth studio album by American singer-songwriter John Mayer, released on May 22, 2012 by Columbia Records. It marked yet another change in Mayer's musical style, incorporating elements of folk and Americana, as well as influences from Bob Dylan, Neil Young, David Crosby, Stephen Stills, and Graham Nash. Its cover, as well as that of the single "Queen of California", was designed by David Adrian Smith.

Born and Raised received generally positive reviews from critics, who praised Mayer's technical skills as well as Don Was' production work.[6] The first single "Shadow Days" was released on Mayer's blog on February 27, 2012, and was made available for purchase as a digital download on March 6, 2012.[13] The second single "Queen of California" impacted Hot AC radio on August 13, 2012, and the third single "Something Like Olivia" impacted Triple A radio on November 5, 2012.