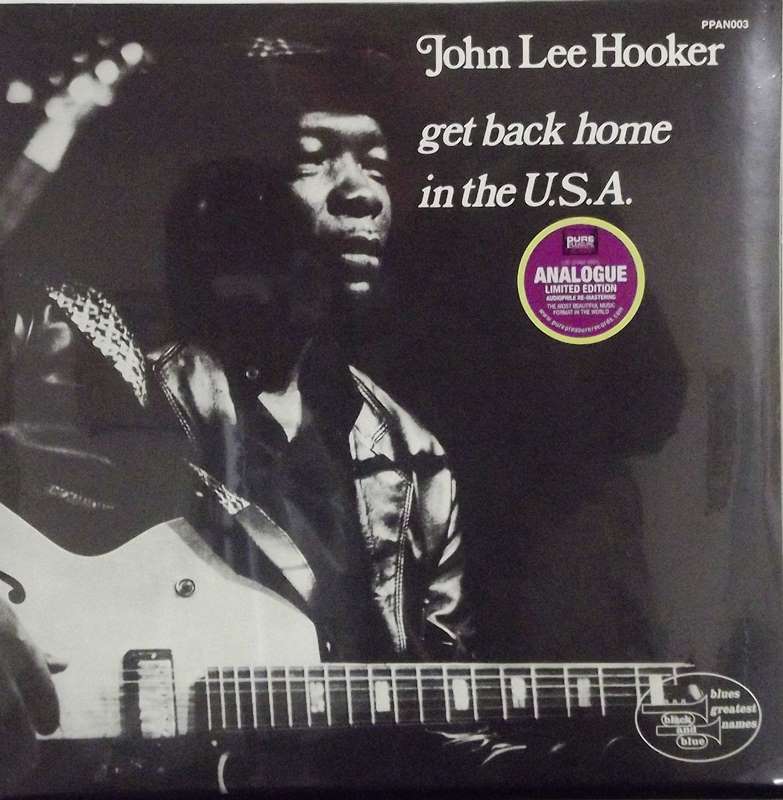 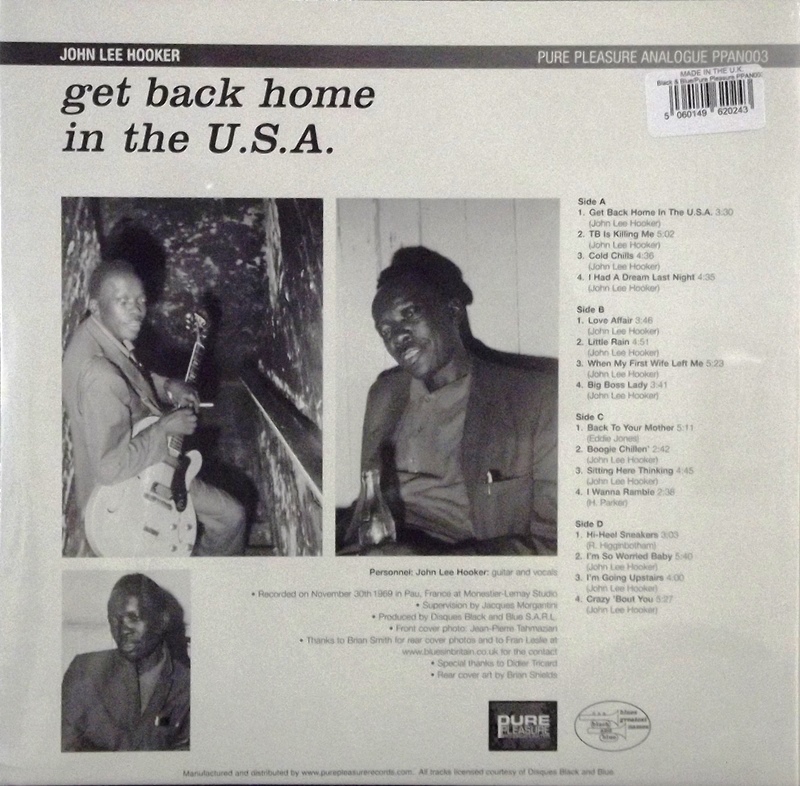 Get Back Home In The U.S.A.

After nomadically label-hopping for the first seven years of his astonishingly prolific recording career, Mississippi Delta émigré John Lee Hooker settled into a relatively exclusive relationship with Chicago’s Vee-Jay Records in 1955. Things had changed dramatically on the R&B front since 1949; no longer would a haunting solo blues piece like the Hook’s Boogie Chillen (it’s on BCD 16921, Disc One) find its way to the top of the charts now that rock 'n' roll had captured the teenage demographic.

Still, there remained a solid southern market for blues, and John Lee was happy to help fill it on Vee-Jay through 1964 (granted, there were dalliances with a number of other labels during that span). His first Vee-Jay date, conducted in Chicago in October of ’55, found him in the company of labelmate Jimmy Reed, guitarist Eddie Taylor (a steadying presence for both Reed and Hooker whenever they entered the studio), bassist George Washington, and drummer Tom Whitehead, who had been playing sessions with the Boogie Man since 1953 and clearly knew the territory.

Reed was absent for Hooker’s Vee-Jay encore session, held March 27, 1956, but the rhythm section remained constant. Among the enduring gems laid down that day was the rollicking Dimples, a standard in John Lee’s repertoire from then on. He’s listed as writing it with Jimmy Bracken, the co-owner of Vee-Jay. Hooker was fretting an electric guitar instead of the acoustic he used on his first Detroit sessions (ironically, he’d have to retrieve it when the folk-blues trend hit).

Hooker’s Vee-Jay stint produced some of the most polished recordings he ever made, thanks to stellar musicianship by Taylor and his comrades, who seemed to cope with Hooker’s erratic timing better than just about anyone else he’d recorded with. At the end of 1958, John Lee would find his way back onto the R&B charts for the first time in more than seven years with I Love You Honey. He scored nationally again in 1960 with No Shoes. But as it turned out, the John Lee Hooker story was just getting underway.