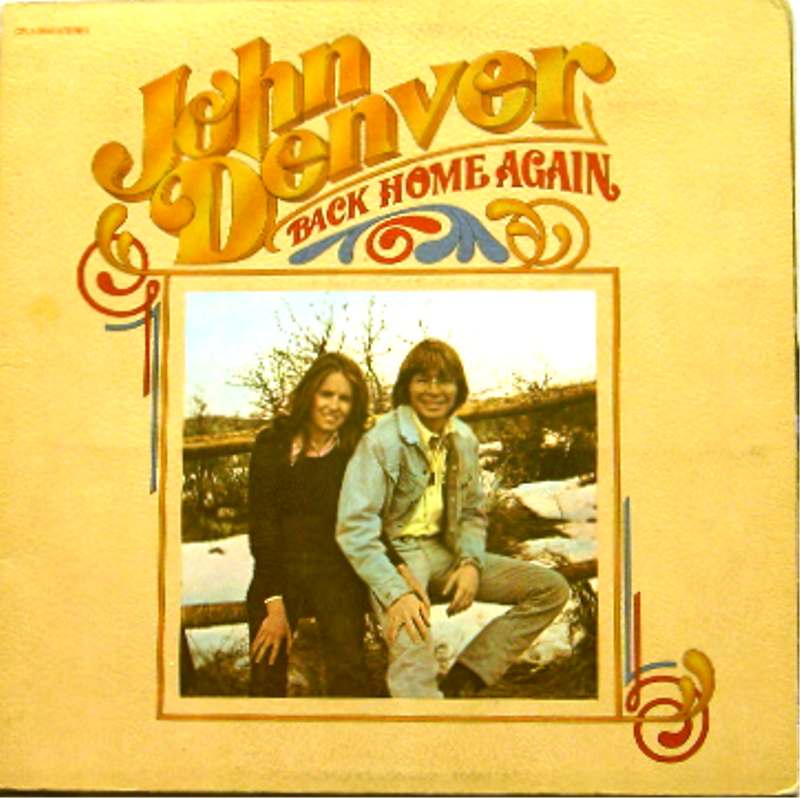 Back Home Again is the eighth studio album by singer-songwriter John Denver released in June 1974.

The multi-platinum album reached the top position on the Billboard 200 and contained the hit singles "Annie's Song" (#1 pop, No. 1 adult contemporary), and "Back Home Again" (#5 pop, No. 1 AC, No. 1 country). In addition, the studio versions of "Thank God I'm a Country Boy" and "Sweet Surrender" appear on this album.

The song "Grandma's Feather Bed" was written by banjoist Jim Connor, of the New Kingston Trio, based on a verse he wrote for his grandmother. Denver first heard Connor playing the song in 1968. Connor played on Denver's recording, and toured with the singer.[3]

The song "The Music is You" is a bonus track on the 1998 reissue of Rocky Mountain Christmas.

On the cover, John is shown with his then-wife Ann Martell.