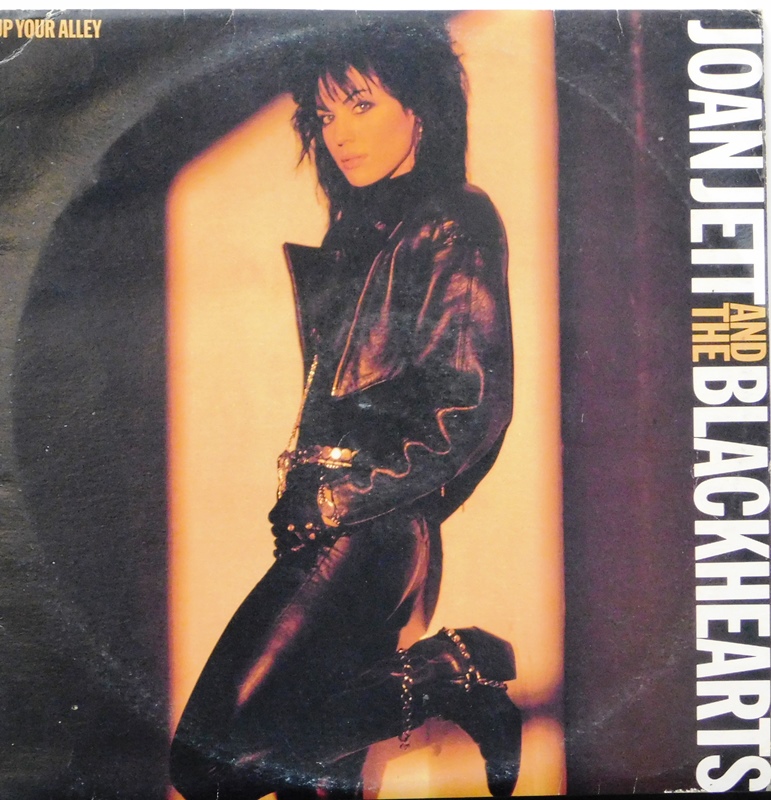 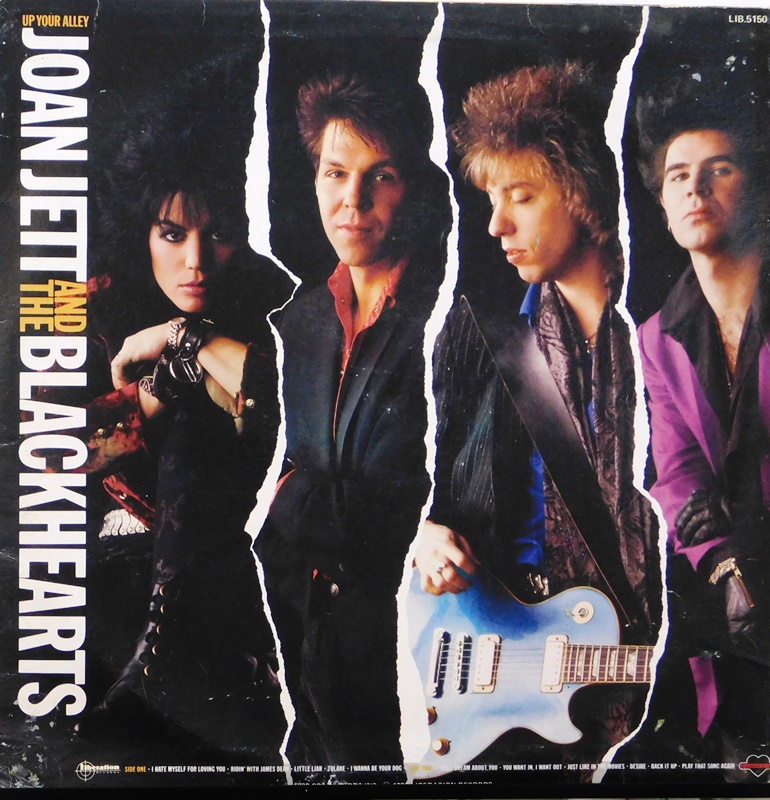 Up Your Alley is the sixth studio album by the American rock band Joan Jett and the Blackhearts. It was originally released in May 1988, on the labels Blackheart and CBS-Sony in the U.S., and Polydor in (Europe and Japan), a year and a half after their previous album Good Music. This album contains the single "I Hate Myself for Loving You", which peaked at No. 8 on the Billboard Hot 100,[4] and had been used as the theme song for Sunday Night Football NFL games in America (with altered lyrics, by two singers) during the 2006 and 2007 seasons. The follow-up single "Little Liar" continued Jett's chart success, peaking at No. 19 on the Hot 100 in late 1988/early 1989.[4]

Up Your Alley peaked at No. 19 on the Billboard 200 albums chart[5] and has since been certified Platinum.[6]

Former Rolling Stones guitarist Mick Taylor played the guitar solo on "I Hate Myself for Loving You".[7]

"I Hate Myself for Loving You" was released as the first single, backed with a live version of the Jett composition "Love Is Pain" (the original version of which appears on 1981's I Love Rock 'n Roll).  "Little Liar" was the second single, backed with an obscure Jett/Laguna composition "What Can I Do for You", which had been recorded for a movie Jett was set to make in 1979 that was never completed. The song eventually turned up again on the Jett fan-club only CD 1979. For Record Store Day in 2015, the track was included on the limited edition (4000 split color vinyl)  LP "The First Sessions" documenting the first several songs Joan wrote with Kenny Laguna, her newly acquired producer.  This was to be the first of many Jett/Laguna collaborations, as they were inseparable from that moment in 1979 to the present day.

Two videos were shot for "Little Liar", the first, a concept video, feature a slightly confusing storyline with two Joans (one in white, one in black) interacting. After seeing the result of the first Little Liar video, Jett was unhappy with the silliness and visual translation so immediately shot a new live video (synced with the studio version of the song) for this track. The new video captured a more authentic feel with raw live shots combined with cutaways and studio shot closeups of Joan. It was a more stylized live video with Ziggy Stardust-like artistic flourishes.