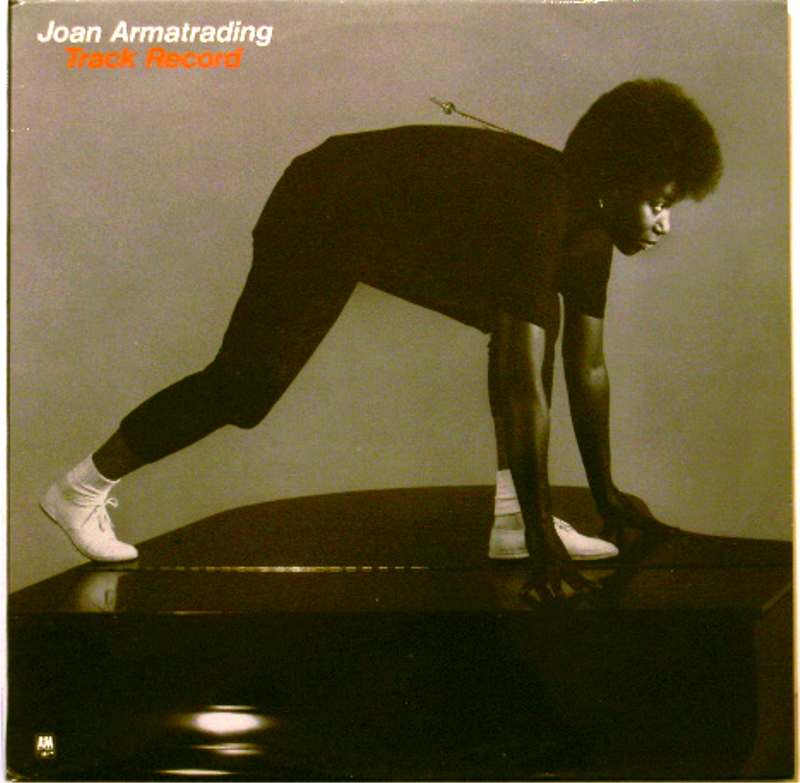 As a three-time Grammy Award-nominee, Armatrading was nominated twice for BRIT Awards as Best Female Artist. She also received an Ivor Novello Award for Outstanding Contemporary Song Collection in 1996.

In a recording career spanning 40 years, Armatrading has released 18 studio albums, as well as several live albums and compilations.

Track Record was A&M's initial attempt to present Joan Armatrading's best music on a single disc. The label has since released several more compilations that expand the field slightly by adding material that appeared before and after the vintage years of 1976 to 1983, diluting rather than enhancing Track Record's original selection. Compilations by their very nature can only do a few things well: draw neophytes in with unflinchingly good music, provide fans with the kind of selection they'd put on a homemade tape, and collect unreleased or hard-to-find tracks on an easy-to-obtain album. Track Record hits the trifecta, distilling the best moments from her most popular albums and adding two nonalbum tracks recorded with Steve Lillywhite: "Frustration" and "Heaven" (which did appear together on a single in 1983). The songs are presented in a kind of reverse chronology, beginning with the two singles from her album The Key and following with selections from Walk Under Ladders (three selections, which is warranted) and Me Myself I. The remaining tracks are warmer in tone, as they draw from Armatrading's pre-rock catalog: the eponymous Joan Armatrading and Show Some Emotion. Track Record excels by omission; corporate logic often demands an offering from every album, but this album fights the temptation to play "senate selection" with her catalog, and it's better for it. The addition of "Rosie" from the How Cruel EP over anything from To the Limit isn't the easy choice, but it is the right choice. For both fans and neophytes, Track Record is a runaway recommendation, since a better selection of Joan Armatrading's songs won't be found anywhere.