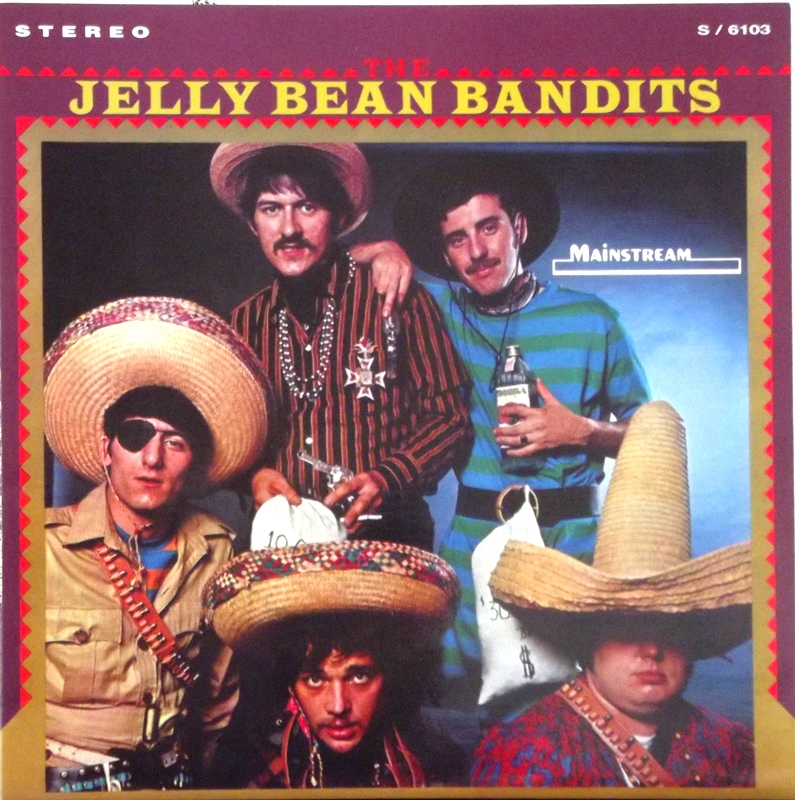 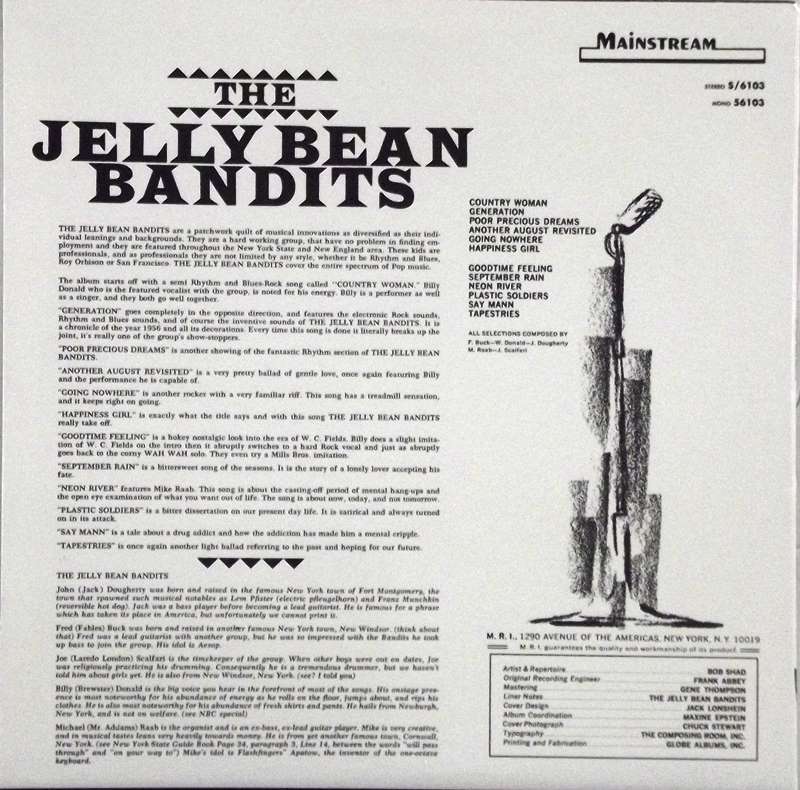 Some collectors refer to the album as a psych punk cult classic and I’d have to agree with them.  Originally known as the Mirror, the Bandits signed a three album deal with Mainstream on the strength of a three song demo.  They had one week to write the album’s songs, which would eventually be recorded in a 12 hour stretch at Columbia’s Studio “A”.   There’s lots of greasy rock n roll to be found on the Jelly Bean Bandits’ sole offering.  Tracks like “Tapestries”, “Say Man” and ‘Plastic Soldiers” are full of trippy organ work and the occasional sound effect but for the most part this LP is more garage than psych.  “Generation” is probably the album’s classic cut and has been featured on the popular garage compilation, Pebbles.  This menacing garage rocker has searing feedback and distortion, snotty vocals and thunderous drums.  I can live without the one jugband tune but overall everything else is pretty good.  For my money the best tracks are “Happiness Girl”, “Neon River” and “Poor Precious Dreams”, three terrific garage punkers with plenty of attitude and fiery guitar/organ interplay.  So overall, The Jelly Bean Bandits is one of those garage platters that’s definitely worth owning.

“Salesmen” and “Superhog”, two late 60’s outtakes that are in more of a psychedelic vein have been comp’d on Psychedelic Crown Jewels Volume 2 and Psychedelic States: New York Volume 1 respectively.  The Mainstream album has been reissued on both vinyl and cd as well.