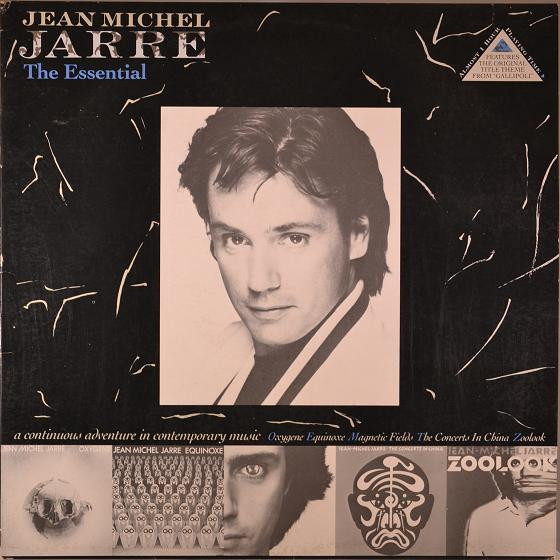 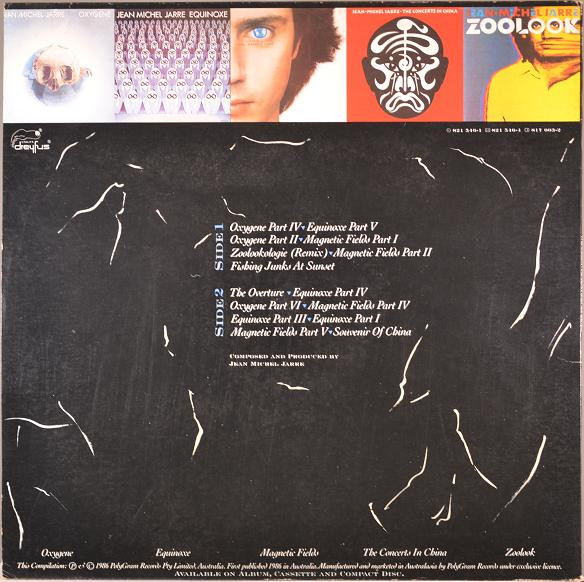 Jean Michel Jarre’s goal has long been to create “anti-pattern electronic music”, music that, even when repetitive, “is still in constant evolution”. For nearly 30 years the musician and composer has been a mainstay in the field of electronic music, beginning his exploration of the possibilities of analog synthesizers in the phenomenally successful Oxygène (1976), continuing through the rise of digital synthesizers and samplers, and holding fast in his dedication to the form in parallel with its more recent and far trendier incarnations (techno, house, etc.).

Unlike his father, Maurice Jarre, and unlike his closest peer in electronic music, Vangelis, Jean Michel Jarre has never made film music (though he’s on record as saying he “almost” did the soundtrack for Blade Runner, which ended up being scored by Vangelis). He’s always been a bit more this side of techno-pop than Vangelis or Tangerine Dream and more grandiose than Kraftwerk, though these artists all have much in common.

Doing a traditional “greatest hits” package for Jarre, like this one, is like trying to publish a Best Chapters from Conrad and expecting it to seem “essential”. They may indeed be the greatest single chapters from Lord Jim, Nostromo, Heart of Darkness, etc., but that doesn’t mean they’re going to read that way in a single volume. “Essential” implies, “If you had to have just one disc, it’d be this one”. The Essential Billy Joel is 36 tracks across two CDs. You might quibble about the exact song selection, but you’d have a hard time making the case that’s not, in fact, the essential Billy Joel. (Whereas: The Essential Ozzy Osbourne without “You Can’t Kill Rock and Roll”? Why even bother?) For Jarre, his one essential disc remains Oxygène.

In and of itself, however, the music presented in Jarre’s Essential is almost all great. The only real exception, in my view, would be the Jacques Cousteau-inspired “Calypso”. But most of the selections are frustratingly brief when heard outside their original albums. Spreading the selections over two discs, with longer stretches of each work, would have worked much better.

What does this disc give us over 1991’s Images best-of collection? The albums are actually fairly similar (both leading, for instance, with Jarre’s immortal “Oxygene Part 4”), but Images offers three pieces not found elsewhere (“Eldorado”, “Moon Machine”, and “Globetrotter”) while The Essential features two tracks of great merit that postdate the earlier collection: the perky “Oxygene Part 8” from 1997’s Oxygène 7-13 and the North African-flavored “C’est la Vie” from 2000’s Metamorphoses, which showcases a typically transcendent performance from Natasha Atlas (known to many by her work with TransGlobal Underground and Jah Wobble). The Essential also forgoes the transitional music and segues Jarre provided for Images, and the album definitely feels choppier as a result.