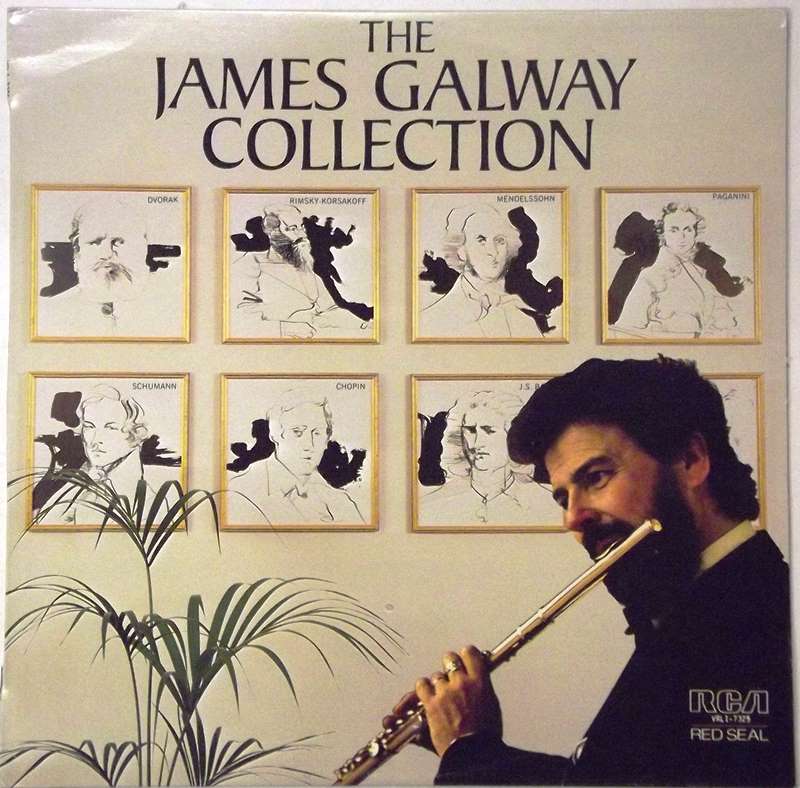 Sir James Galway, OBE (born 8 December 1939) is an Irish[1][2] virtuoso flute player from Belfast, nicknamed "The Man With the Golden Flute". Following in the footsteps of Jean-Pierre Rampal, he became one of the first flute players to establish an international career as a soloist.

He played with Sadler's Wells Opera, Covent Garden Opera, the London Symphony Orchestra and the Royal Philharmonic Orchestra.[6] He auditioned for the Berlin Philharmonic Orchestra under Herbert von Karajan, and was principal flute of that orchestra from 1969 to 1975. To Karajan's surprise and dismay, after a period of some disagreement, Galway decided that he would leave to pursue a solo career.[7][page needed]

In addition to his performances of the standard classical repertoire, he features contemporary music in his programmes, including new flute works commissioned by and for him by composers including David Amram, Malcolm Arnold, William Bolcom, John Corigliano, John Wolf Brennan, Dave Heath, Lowell Liebermann and Joaquín Rodrigo. The album James Galway and The Chieftains in Ireland by Galway and The Chieftains reached number 32 in the UK Albums Chart in 1987.[8]

Galway still performs regularly and is one of the world's most well-known flute players. His recordings have sold over 30 million copies.[9]

In 1990, he was invited by Roger Waters to play at The Wall – Live in Berlin concert, held in Potsdamer Platz; he played Pink Floyd's songs "Goodbye Blue Sky" and "Is There Anybody Out There?". Galway performed for the Academy Award-winning ensemble recording the soundtracks of Peter Jackson's The Lord of the Rings film trilogy, composed by Howard Shore. In June 2008, he was inducted into the Hollywood Bowl Hall of Fame along with Liza Minnelli and B. B. King.[citation needed]

He currently performs on Nagahara flutes, as well as some Muramatsu Flutes. Conn-Selmer produces his line of flutes, "Galway Spirit Flutes".

Galway is president of a global organisation called Flutewise,[10] a charitable organisation which supports young flute players,[6] run by Liz Goodwin. In 2003 he formed the Music Education Consortium together with Julian Lloyd Webber, Evelyn Glennie and Michael Kamen to pressure the British Government into providing better music education in schools. He is an Ambassador for the National Foundation for Youth Music, a UK charity.[11] He was made an Officer of the Order of the British Empire (OBE) in 1977, and was knighted in 2001,[6] the first wind player ever to receive that honour.[12] He is a National Patron of Delta Omicron, an international professional music fraternity.[13]

In December 2013 Galway launched First Flute, an online interactive series of lessons for beginning flute students of all ages.[14]