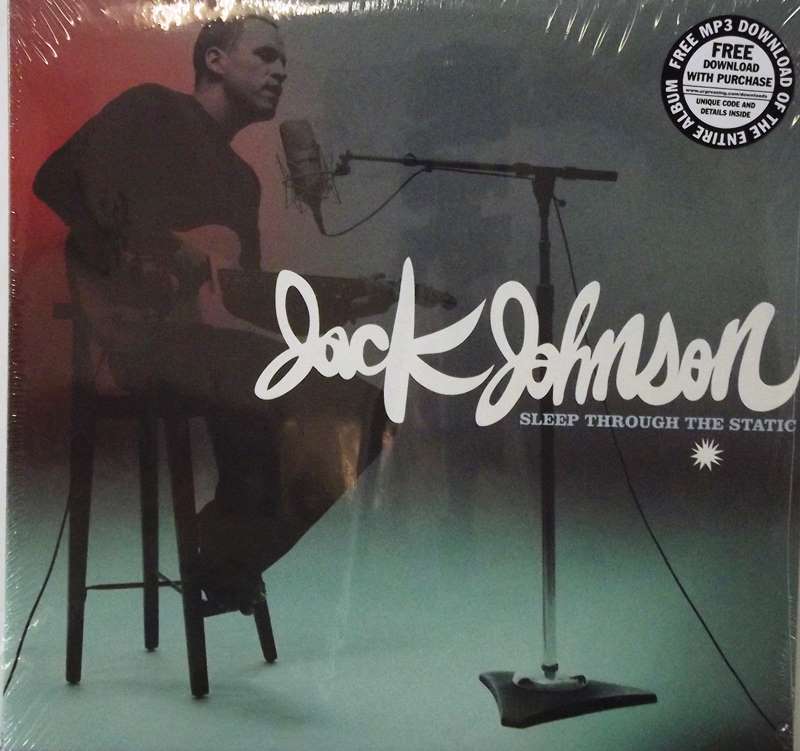 Sleep Through The Static

Sleep Through the Static is the fourth studio album by singer-songwriter Jack Johnson, released in the United States on February 5, 2008. The effort was announced on Johnson's personal website as renovation began for the release of the album. It was recorded at the Los Angeles Solar Powered Plastic Plant, which makes it Johnson's first album not made in Hawaii. It was produced by JP Plunier.

The album was played live for the first time at the BBC in December for a select number of fans. Despite having been reviewed mostly unenthusiastically by professional music critics, worldwide sales of the album were on par with Johnson's previous albums.

The first single, "If I Had Eyes", was released via Johnson's MySpace page on December 17, 2007. The second single from the album was "Hope" and was released on September, peaking at number #30 on the Billboard Modern Rock Tracks.

The album debuted at number one on the US Billboard 200 chart, selling about 375,000 copies in its first week, including 139,000 digital downloads. This was a record high for weekly digital album sales.[11] It also debuted at number one on the Worldwide chart with sales of 577,000. It held the record at iTunes for most digital downloads in a single day, until Coldplay's Viva la Vida or Death and All His Friends set a new record.