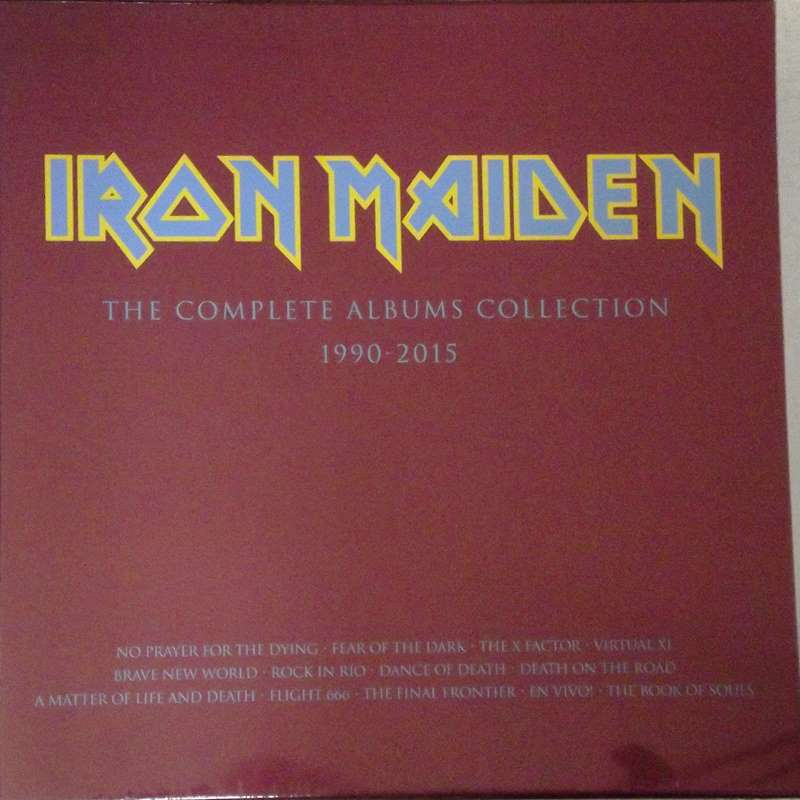 Sealed brand new Limited edition boxset holding the first 2 albums with room for the following 11 albums that will be reissued.

BMG/Sanctuary Records is following 2014’s reissue of the first eight Iron Maiden albums, which spanned the 1980s, with twelve brand new pressings of albums from the period 1990-2015 in heavyweight 180g black vinyl. Limited Edition Collector’s Box includes 2 albums (3 total LPs), 1990’s No Prayer For The Dying (1LP) and 1992’s Fear Of The Dark (2LP), but is sized to house all 12 albums in the reissue campaign with additional space for latest studio album, The Book Of Souls. - See more at: http://www.newreleasesnow.com/album/iron-maiden--the-complete-albums-collection-1990-2015-vinyl-box-set#sthash.hF0udpO1.dpuf