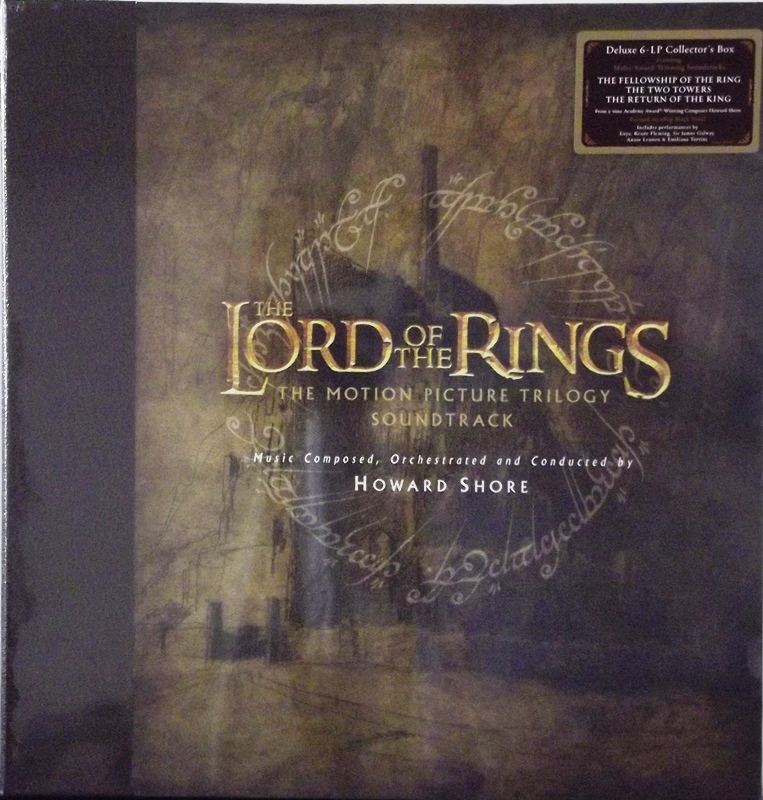 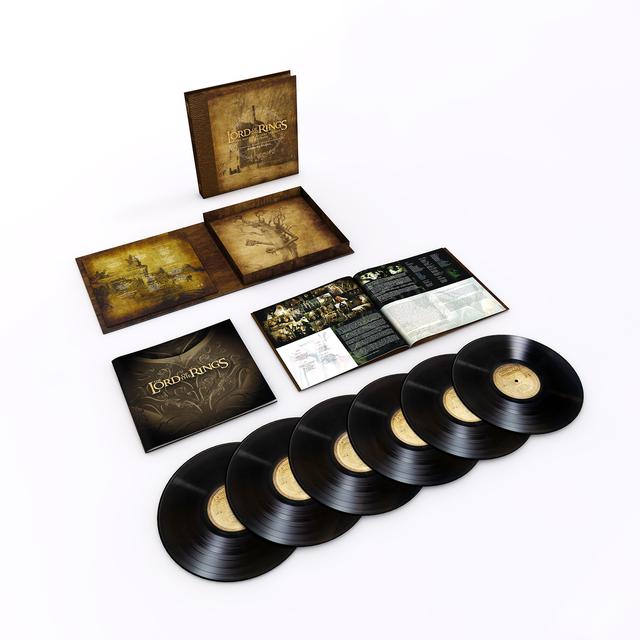 The Lord of the Rings: The Motion Picture Trilogy Soundtrack (Box Set)

The Lord of the Rings was directed by Peter Jackson and features a score  composed by Howard Shore. The trilogy earned a total of 17 Academy Awards®,  including three for music. Beyond critical acclaim, the music from the films  also enjoyed wide commercial success, collectively selling over 7 million  albums.

The music for all three films was composed, orchestrated and conducted by Howard  Shore. His music was performed by the London Philharmonic Orchestra and the New  Zealand Symphony Orchestra, with contributions from two choirs: London Voices  and London Oratory School Schola.

"There’s probably never been as ambitious a film score as Howard Shore’s  10-hour epic for the “Lord of the Rings” series... the music is rich and  complex, drawing on a vast range of styles and exotic instruments to evoke J.R.R.  Tolkien’s world... Shore uses an elaborate leitmotif technique (where musical  themes are associated with specific characters or ideas, and are developed  across the entire series) to hold the sprawling tale together. Lush, beautiful  and full of intriguing surprises, it’s no wonder that it’s become one of the  most popular film scores ever written." - Stephen Brookes for the Washington  Post, May, 2008

Selections:
LP 1:
Side A:
1. The Prophecy
2. Concerning Hobbits
3. The Shadow of The Past
4. The Treason of Isengard
5. The Black Rider
Side B:
6. At the Sign of The Prancing Pony
7. A Knife In the Dark
8. Flight To the Ford
9. Many Meetings
10. The Council of Elrond (feat. Anrion - theme for Aragorn and Arwen)