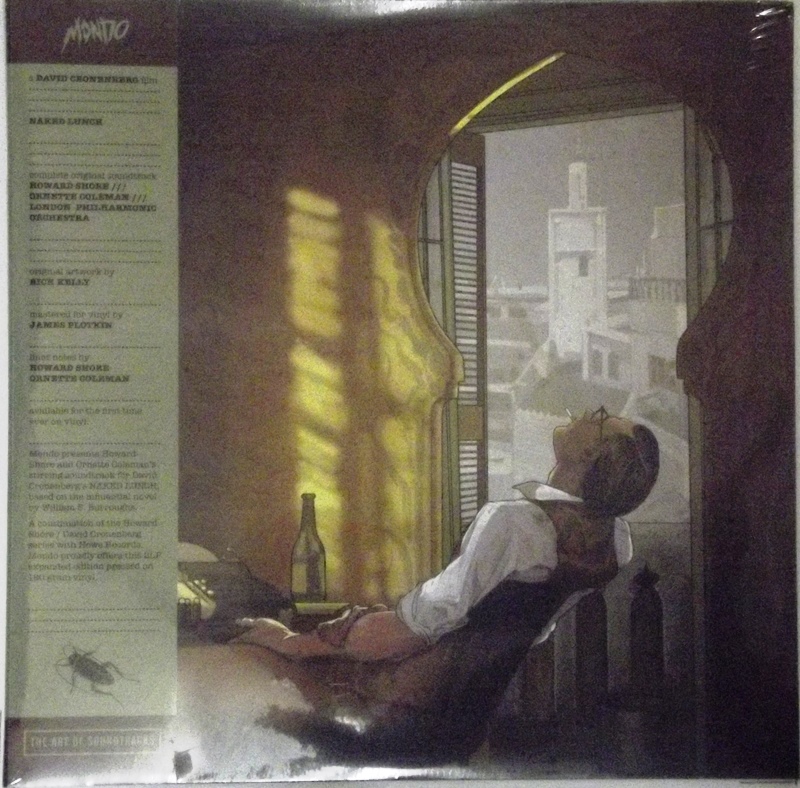 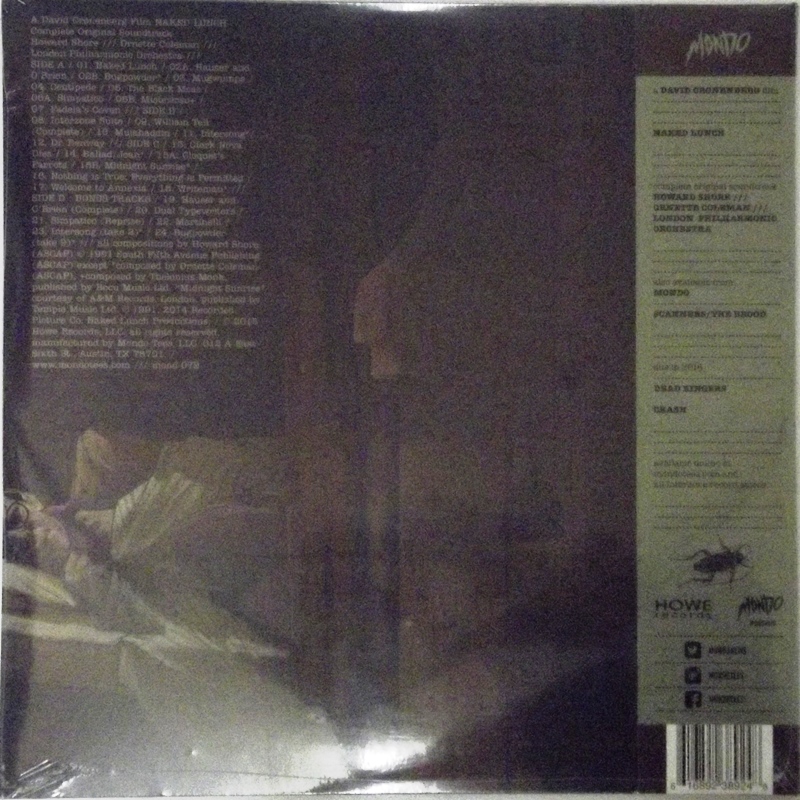 Canadian body horror originator David Cronenberg and three-time Oscar winner Howard Shore have collaborated on over a dozen films, a relationship that Mondo will explore with its latest round of releases. The soundtrack label has announced reissues of Naked Lunch, Dead Ringers and Crash –  all of which have previously been released on CD but never vinyl.

“Naked Lunch is one of the great film scores,” writes Royal S. Brown. “The whole thing, which has been recorded with exceptional depth and warmth, gives a simultaneous impression of simplicity and complexity, of harmony and dissonance, of reality and half dream, rather like Burroughs’ own disturbing visions.”