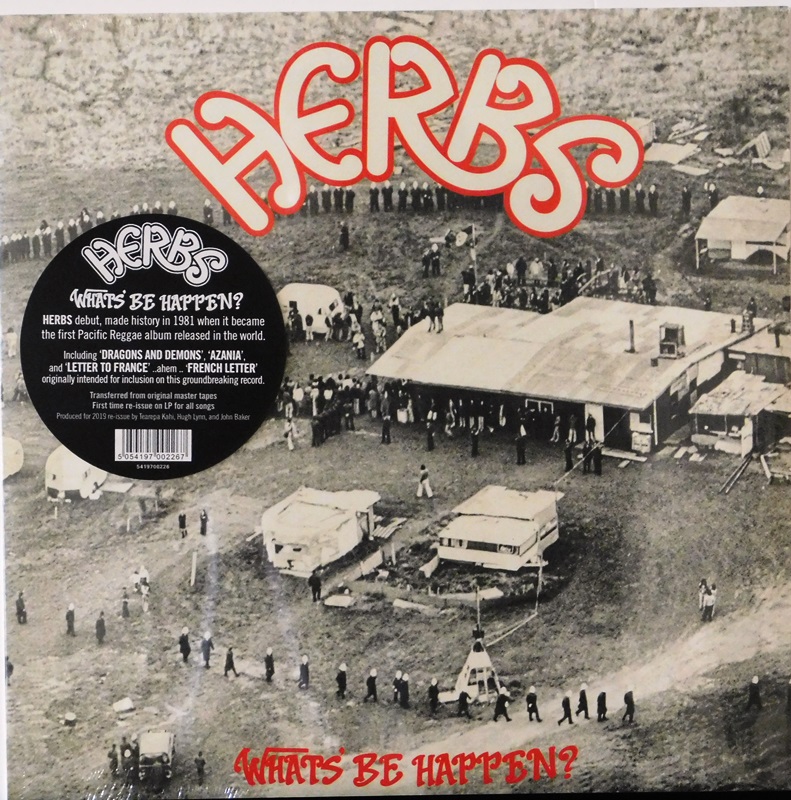 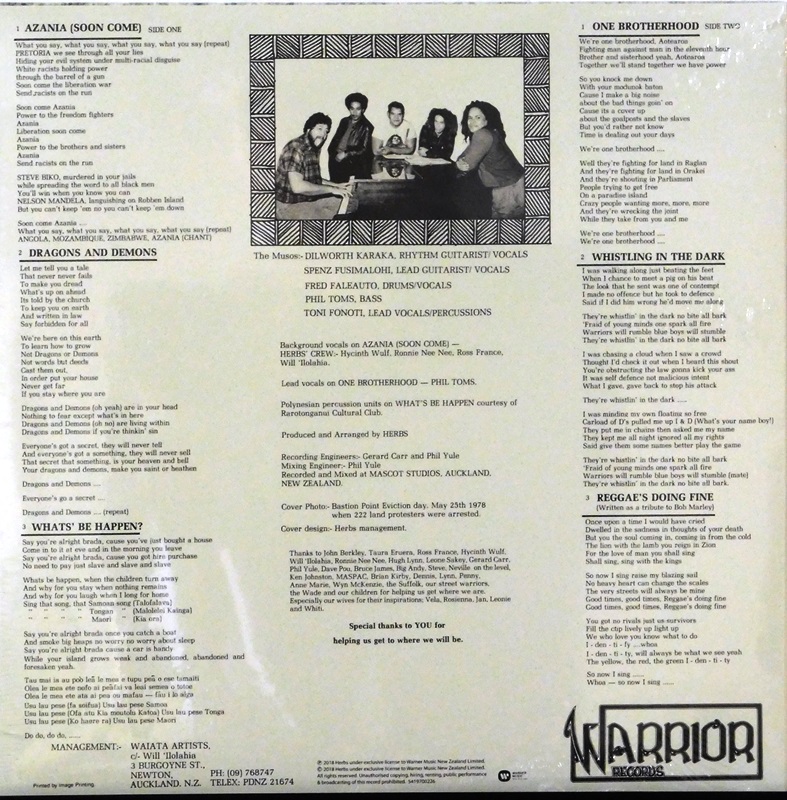 History, according to Napoleon (among others), is written by the winners. True in one sense. But if the losers are still out there they are often so forgetful of their history as to be worthless and absent witnesses. Many buy into the narrative of the winners, whom you might have thought would be their adversary.

Take the New Zealand reggae band Herbs for example: Their Very Best Of compilation a few years ago pretended they weren't actually on any frontline of political comment other than of the most usefully global (and therefore non-threatening on the local front) kind.

Sure they wrote French Letter about the abhorent French testing of nuclear weapons in the South Pacific, but on their debut EP Whats' Be Happen of 1981 -- this year acknowledged at the Taite Awards as and Independent New Zealand Classic Record -- they looked at uncomfortable issues closer to home.

Herbs rather skewed the playing field for themselves as is written about here, but the other day I had an e-mail which was utterly dismissive of the original Herbs. The barely literate writer clearly had no knowldedge of when Herbs were a frontline/angry/problematic band whose manager was an important figure in the Polynesian Panthers.

But Herbs -- before they became an avuncular MOR hire-for-a-cause band -- were out there making important politcal and social statements about Maori/Polynesian Auckland (the Polynesian capital of New Zealand/Aoteraroa and the Pacific). Their exceptional debut Whats' Be Happen -- on the appropriately named Warrior Records - nailed their politics unequivocally.

They were  band which at the time seemed the natural consquence of the volatile times they grew up in: the Nga Tamatoa movement of the late Sixties and early Seventies, those despicable dawn raids and the rise of the Polynesian Panthers, the hikoi and land rights struggles, the occupation of Bastion Point (as seen on the EP cover) and of course the Springbok tour at the time and the questions it raised about New Zealand's race relations.

In six songs Herbs addressed the struggle in South Africa (Azania) which was an explosive and divisive issue in Aotearoa at the time lest we forget, what Maori and Pacific kids were going through by way of police harassment in Auckland (Dragons and Demons) and their fight-back through gang culture (Whistling in the Dark), and a call for unity (One Brotherhood).

And then there was the simple and beautifully inclusive Reggae's Doing Fine ("written as a tribute to Bob Marley") which assimilated Pasifika/Rastafarian music and messages into a song which could have spoken a greater constituency.

And the title track posted here -- which spoke to those who had come to New Zealand in search of work but had become slave to the wage culture as "your island grows weak and abandoned, abandoned and foresaken".

Of course Herbs being a "political" band is not something many know about. But you only have to listen. Unfortunately the songs on this EP rarely turn up on compilations (Azania and Dragons and Demons were on a collection 13 Years of Herbs, most recently Dragons and Demons on the One Love set) so perhaps we should forgive those who lightly dismiss them as some kind of safe, benign reggae band?

But after the award this year, no one should be so ignorant or as ill-informed as that dickhead who wrote to me.