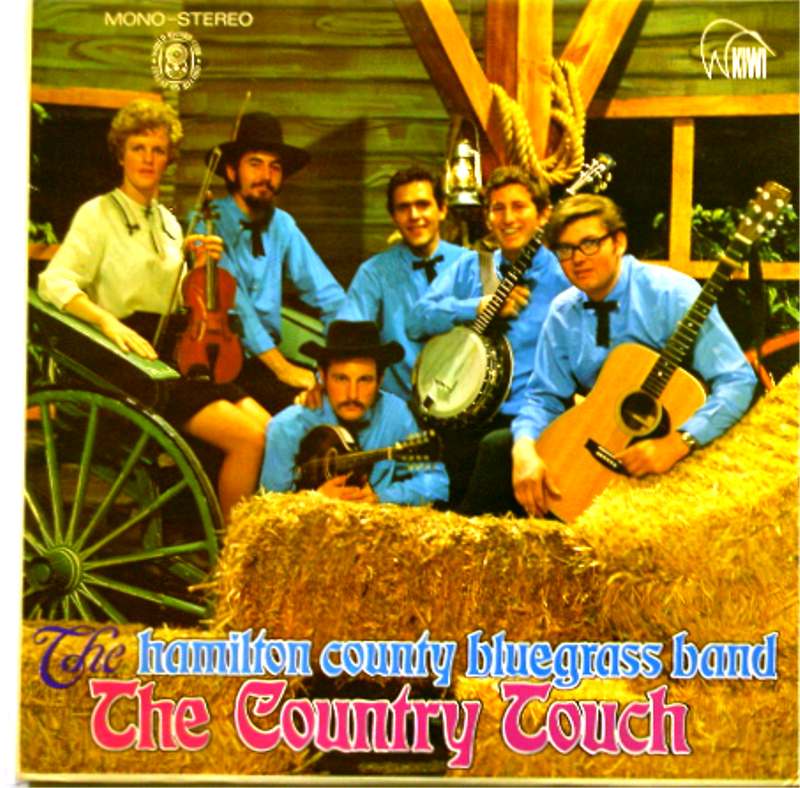 The Hamilton County Bluegrass Band were a group of musicians from the Auckland and Hamilton area who formed a group to play mainly folk and bluegrass music. It all started when Alan Rhodes and Paul Trenwith, from Hamilton, started trying to emulate the sounds of Lester Flatt and Earl Scruggs of the Blue Grass Boys from Kentucky. After many hours of practice, they started to get the sound. Dave Calder, also from Hamilton, but attending Auckland University at the time, heard them playing and he joined the pair, playing mandolin. They played together as the Muleskinners at the Massey University Arts Festival in 1966.

Colleen Bain, a classical violinist and student at Hamilton Teachers College, meet the group in 1967, and she managed to immediately replicate the sound of a bluegrass fiddle. This now gave them the sound they were originally looking for. Two of David's university friends, Len Cohen and Sandy McMillin were added to complete the original line-up of the group, who at this point hadn't settled on a final name.

They performed regularly at the Poles Apart Folk Club in Khyber Pass Road, and at folk festivals like the National Banjo-Pickers Conventions. This brought them to the attention of TV producer Bryan Easte, who was looking for a band to play in his show , "The Country Touch". So for this they needed a name, and settled on the Hamilton County Bluegrass Band.

They released a self-titled album in 1967 on the Festival label, and 1968 saw their first single on RCA called "Barefoot Nellie"/"I'll Never Hold You In My Arms Again". A switch to the Kiwi label for 1968 and 1969 saw two singles, an EP and four albums. The albums were "Recorded Live At Poles Apart", "Country Touch", "Yesterday's Gone" and "Two Shades Of Bluegrass". The last being recorded with Bill Clifton.