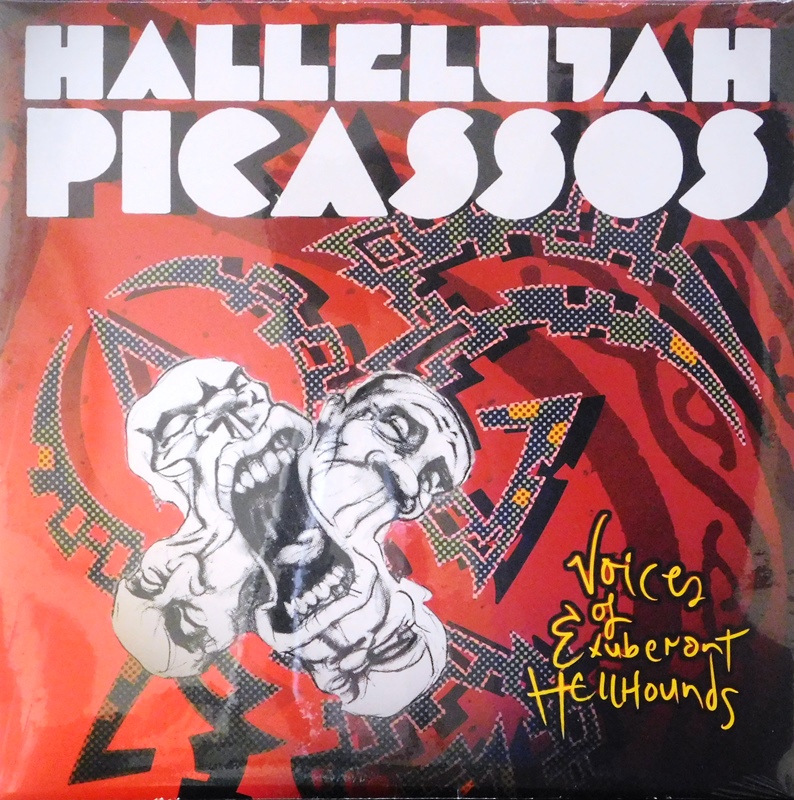 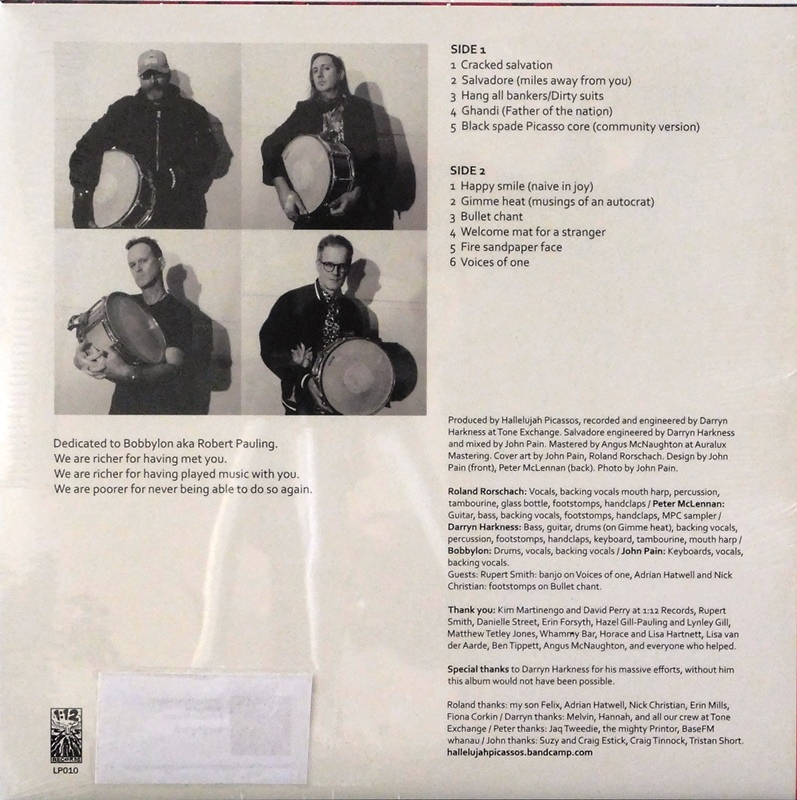 Hailing from the late 1980's, Hallelujah Picassos have a bunch of history, having released a mini album on cassette in 1989.

Fast forward to 2019 the band’s 5th album Voices of Exuberant Hellhounds follows reissues in 2011/2012, which saw Hallelujah Picassos returned to the live scene, playing a handful of shows with the likes of The Drab Doo Riffs and Labretta Suede and the Motel Six.

The album features the last recordings from the band’s drummer Bobbylon, who passed away in May 2018. The album is dedicated to him.

Opening with the low and slow skanking Cracked Salvation the album begins as it means to continue: solid reggae, a-wash with reverb and delay where it counts.

Track three Hang All Bankers / Dirty Suits has the band preaching from its anti-capitalist roots, the album’s title is also in the lyrics of this stomping alt-rock song. It really reminds me of UK northern punk legends The Fall with the vocal rant put through a mega phone sound, making it slightly distorted like a speaker at a protest rally.

Dirty Suits follows on with its pre-chorus of “idiots rule the world”. This tune has elements of B52s in it too, and would be a stomping live tune.

Ghandi (Father of the Nation) has Hallelujah Picassos expressing a philosophical and spiritual side, beginning with a quote from Ghandi, and features looped chants of the words; “non-violence, civil disobedience”. It’s less overtly structured than other tunes.

Black Spade Picasso Core was a huge tune on student radio in the early 1990's, probably as the embryonic Bnet was the only broadcast network to play an uncensored version of the song. This ‘community mix’ is a nice re-working of an anthemic tune.

Track 8, Gimmie Heat (Musings of An Autocrat) is a total banger, elements of the band’s sound brought into a very ‘now sound’ context. It’s up-tempo, fun and charming.

Welcome Mat for A Stranger has the band returning to their reggae roots, and lyrically seems to be about New Zealand welcoming migrants to our shores.

Voices of One closes the album, and it’s a hypnotic chant, reminding me of Johnny Cash’s God’s Gonna Cut You Down.

Every song on the LP sounds just a bit different to the others, there’s no sense of formulaic stagnation, it’s a breath of fresh air, and a lovely tribute to Bobbylon.

Released on June 14 20-19, on vinyl thru 1:12 Records, and digital via Loopy Fruit Recordings. The vinyl comes with a free digital download that includes 4 extra bonus tracks.