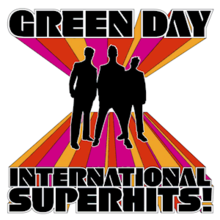 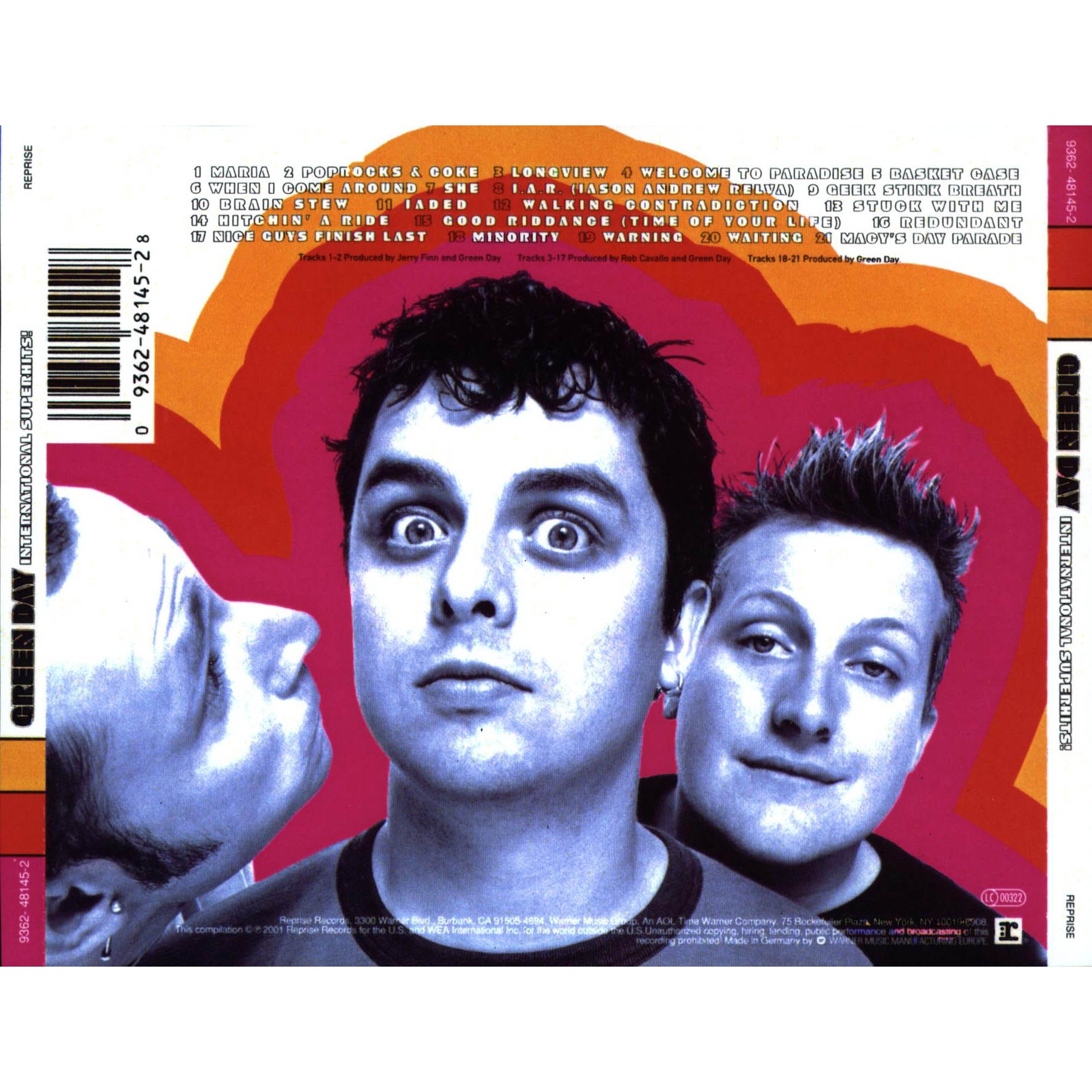 International Superhits! is a greatest hits album by American rock band Green Day, released November 13, 2001 through Reprise Records. It collects all of the band's singles released between 1994 and 2000, as well as a re-recording of "Maria", a B-side from Waiting, and a previously unreleased track, "Poprocks & Coke". A DVD titled International Supervideos! was released simultaneously, collecting fifteen of the band's music videos spanning the same period. Both releases have been certified Platinum in the United States for sales of over 1 million copies and 2x Platinum in the United Kingdom for sales of 600,000.

Critic Stephen Thomas Erlewine gave the album a perfect five-star review, saying it "confirms that Green Day not only were popular and good, but they could have held their own against their idols" and that "distilled to their singles, Green Day sound fiercer than ever, and more musically vibrant".[4] Sal Cinquemani of Slant Magazine rated it four stars out of five, remarking that "Time-tested hits like 'Basket Case', 'Brain Stew', and 'Hitchin' a Ride', along with soundtrack contributions 'J.A.R.' and 'Nice Guys Finish Last', heartily display Green Day's remarkable longevity. The album's new offering, 'Poprocks & Coke', dishes out more of the maturated, acoustic-filled folk-punk that began with 'Good Riddance (Time of Your Life)' and Warning ... The collection's only flaw is the omission of tracks representing the band's pre-fame days."[10]