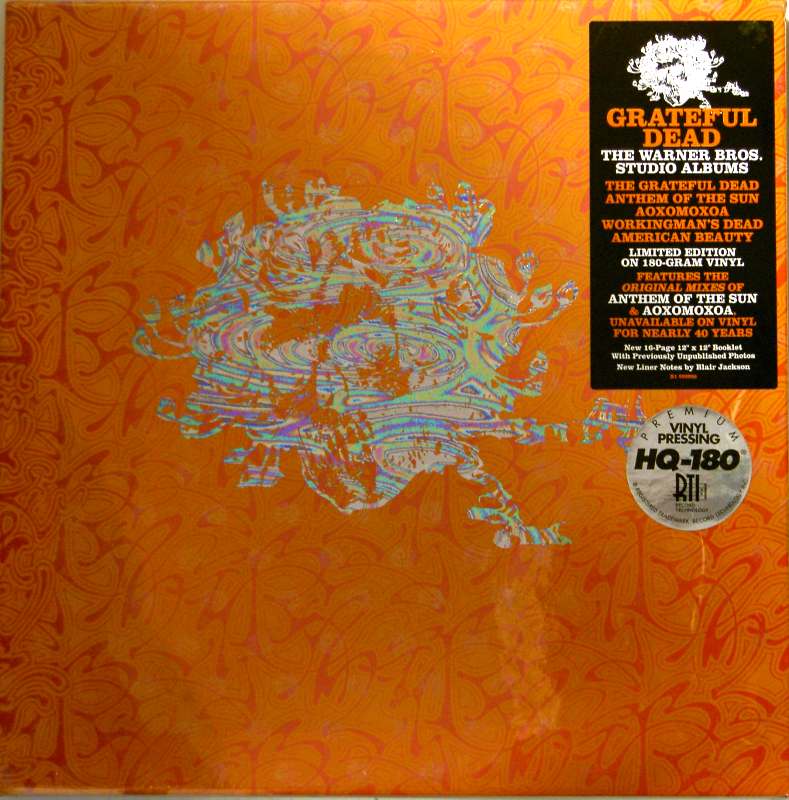 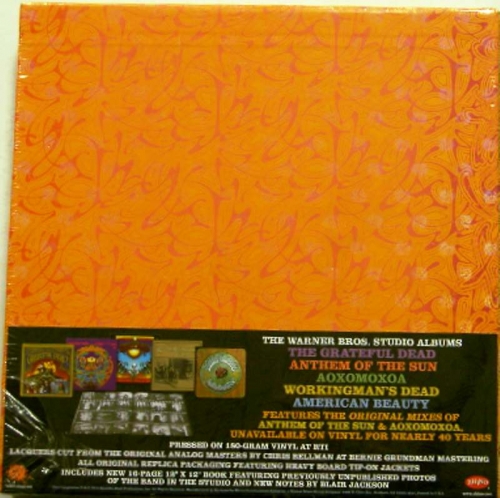 Sealed - Brand new vinyl. Beautiful 180 gram 5LP set. Includes the first five records, cut from the Original Analog Masters and featuring the Original Mixes of "Anthem of the Sun" and Aoxomoxoa", both of which have been Unavailable on Vinyl for close to 40 years. Also Includes a 16-Page 12x12 Book with Previously Unavailable Band Photos. Very Nice! Made in USA.

The box set contains new pressings of the five albums, which were intended to have audiophile-level sound quality.[5] The records were produced on 180-gram vinyl using the original master recordings.