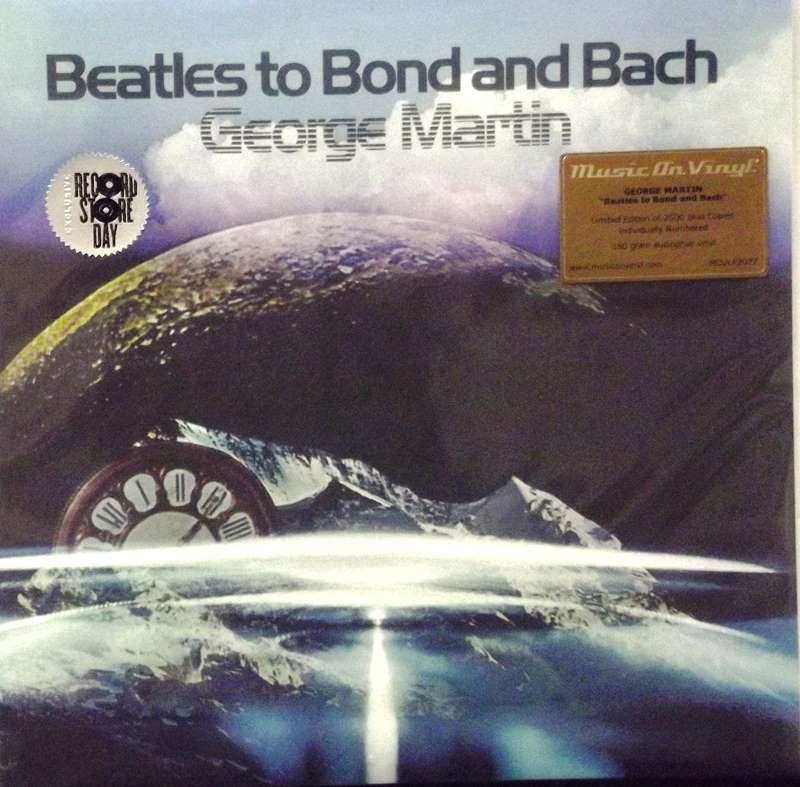 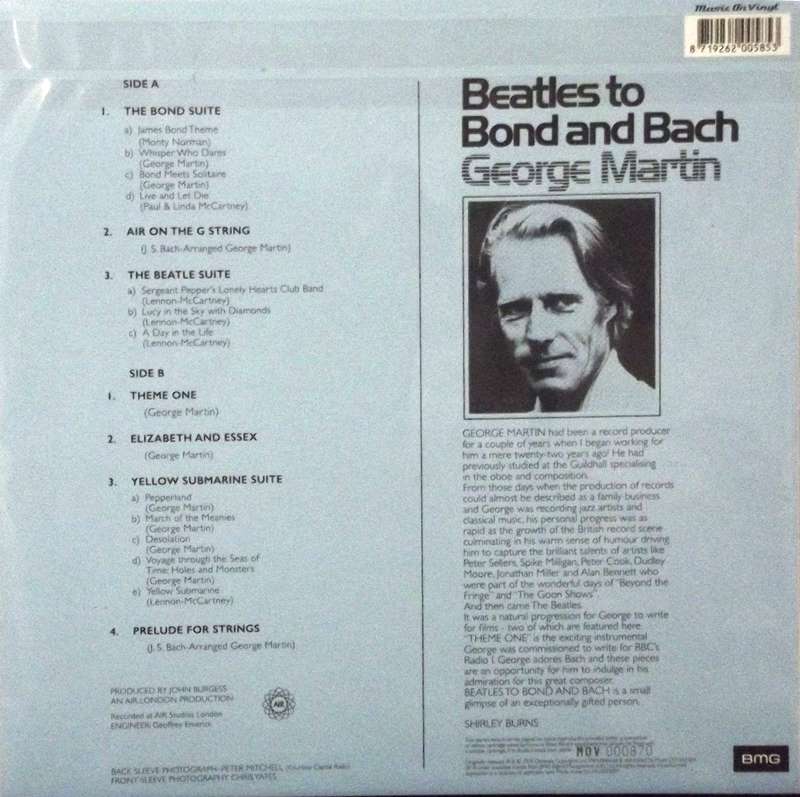 Beatles To Bond And Bach

Sir George Martin, known as “the Fifth Beatle”, is one of the greatest producers of all-time and recorded a dozen international hit singles. It was a natural progression for George to write for films - two of which are featured here. “THEME ONE” is the exciting instrumental George was commissioned to write for BBC’s Radio I. George adores Bach and these pieces are an opportunity for him to indulge in his admiration for this great composer. “THE BOND SUITE” consists of different arrangements of the James Bond theme and a groovy version of Wings’ classic “Live and Let Die”. Beatles to Bond And Bach is a small glimpse of an exceptionally gifted person. “THE BEATLES SUITE” is focused on the orchestral sounds of some Beatle classics.  Limited Edition of 2.500 Individually Numbered Copies on 180g Blue Vinyl

Side A 1. THE BOND SUITE a) James Bond Theme b) Whisper Who Dares c) Bond Meets Solitaire d) Live and Let Die 2. AIR ON THE G STRING 3. THE BEATLE SUITE a) Sergeant Pepper’s Lonely Hearts Club Band b) Lucy in the Sky with Diamonds c) A Day in the Life

Side B 1. THEME ONE 2. ELIZABETH AND ESSEX 3. YELLOW SUBMARINE SUITE a) Pepperland b) March of the Meanies c) Desolation d) Voyage through the Seas of e) Yellow Submarine 4. PRELUDE FOR STRINGS