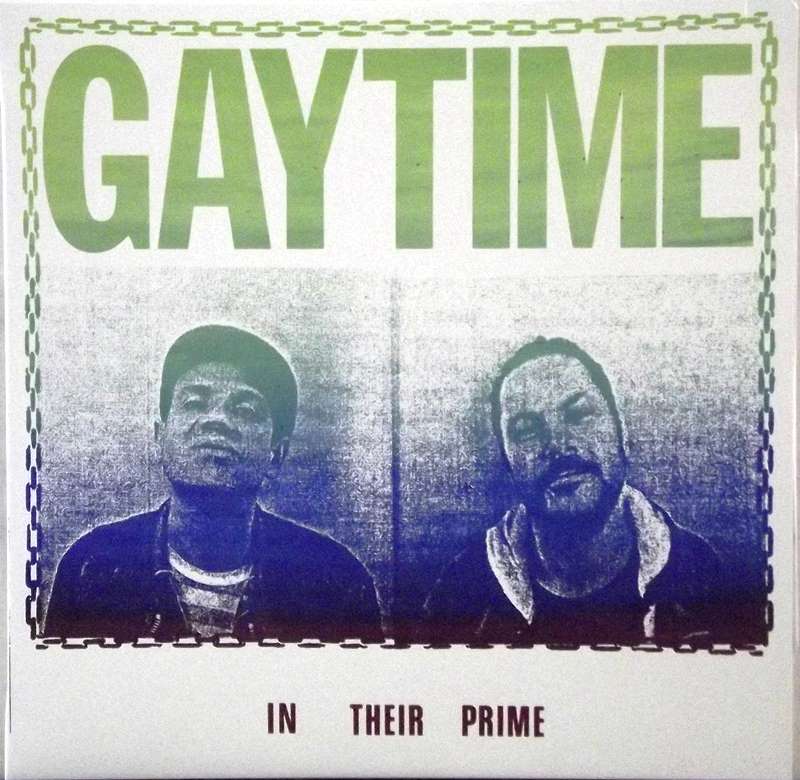 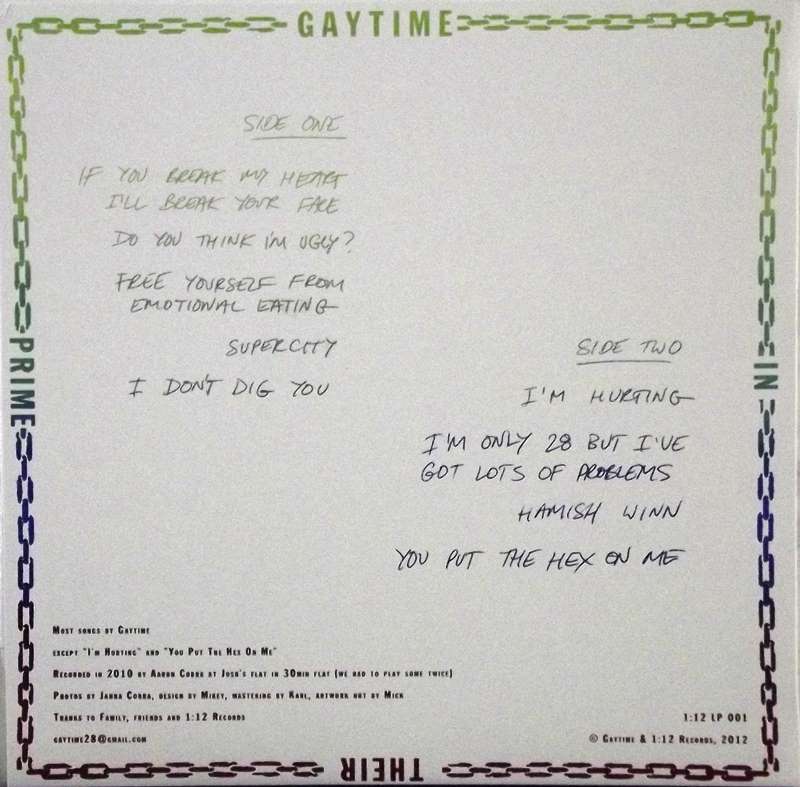 In Their Prime (Brown Splatter Vinyl)

Brand new album in brown splatter  vinyl with a good cover with the Gaytime in green type.

If GAYTIME hasn’t already crossed your radars then please stick around. The scuzzy garage duo of Josh Jugum and Kim Martinengo operates on a long distance relationship (still?) and this is their debut LP on 1:12 Records in New Zealand.

Their songs feature a simple yet snotty punk edge, crafted with plenty of familiar and easy to swallow guitar hooks. While that’s nice and all, it’s really Gaytime’s attitude and approach to songwriting that makes them stand out. All of these songs are filled with smart-ass (and often hilarious) lyrics about being fucked up, lethal hangovers, broken hearts and everything in-between. See “Do You Think I’m Ugly” for the ultimate proof, where Jugum and Martinengo string together catchy vocal chants like “Do you think I’m ugly?/ Why would ya fuck me?”

Later on, “I’m Hurting” (a cover of Thee Headcoats) is pretty much their sound in a nutshell, featuring a few simple guitar hooks, minimal drumming and Jugum’s disgusted scowling about fatal hangovers. There’s a dirty, metallic guitar solo lodged in there, one that sounds like it’s scratching up against the inside of a rusty trashcan. They stress their point later in the track with lyrics like “Now I don’t drink scotch or whiskey or gin/ Just a little glass of water with nothing else in.”

In the end, these songs rarely last anywhere past three minutes, but this life-loving duo always seem to get their point across in no less time. For that we should be thankful, because most of these songs are instantly catchy and memorable. Closing track “You Put the Hex On Me” is a cover of an older Supercharger song and it just might be the catchiest of them all. Below you can get a healthy dosage of their garage rock scuzz right now.  If that’s not enough you can snag an LP from them as well – there’s only 300!