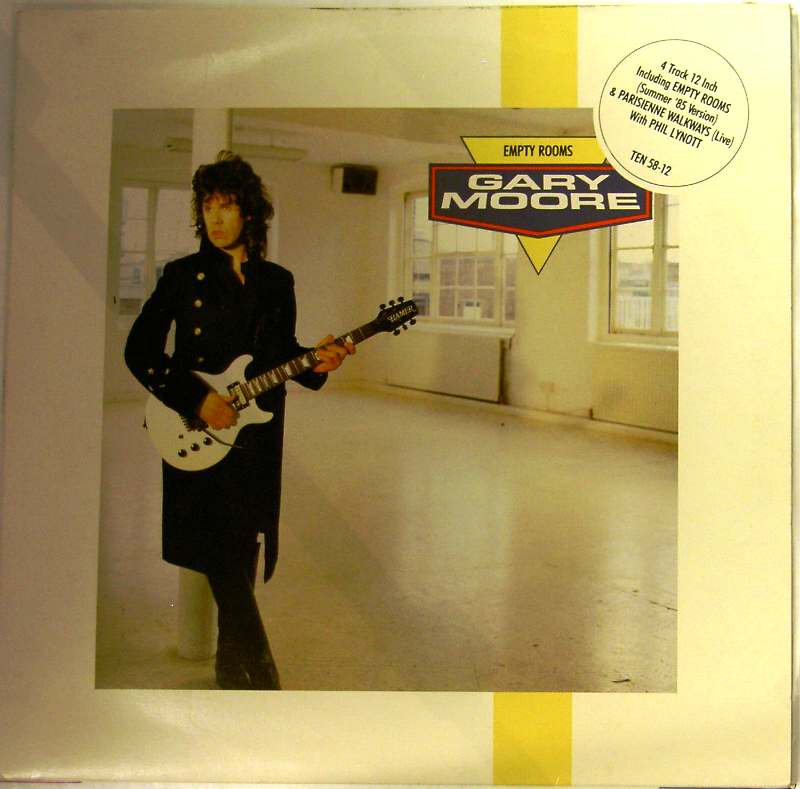 Hair Rock from 1985 and this 4 track 12″ from the late Gary Moore. A Synthy rock ballad reminding me of the mighty Foreigner. An epic, stretched out in the “Long Version” which was produced by Peter Collins. (Nick Kershaw) B-sides include a track from the album, “Run For Cover.” More classic rock stuff with plenty of guitar solos. “Parisienne Walkway” re-unites him with Phil Lynott on the live stage with a stonking version (Love the way he basically says he can’t f**king sing at the start). Finally, we get another even more keyboardy version of “Empty Rooms (Summer ’85 Version) less rocky but well worth a listen.

Out of My System