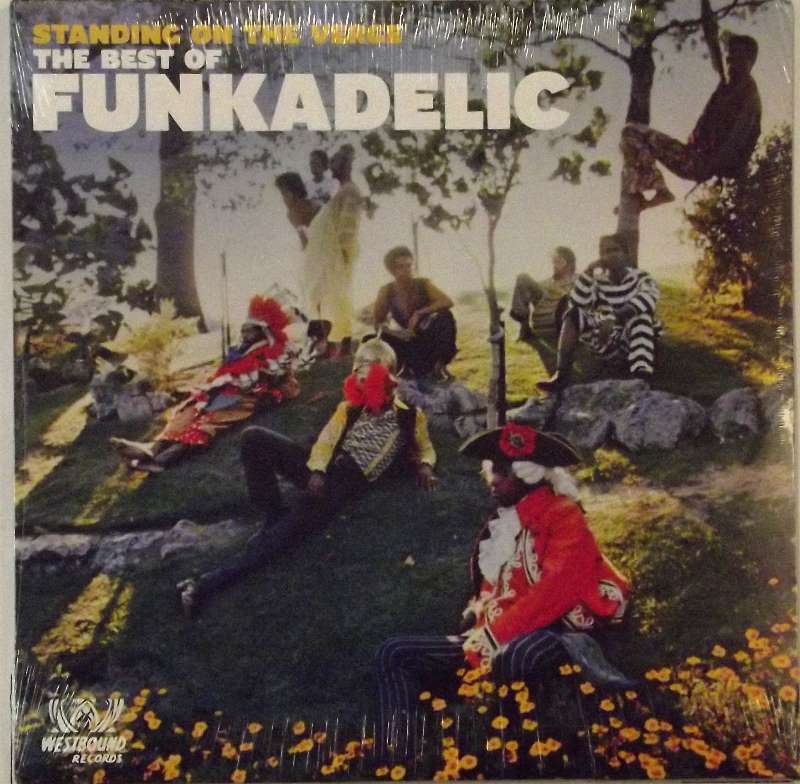 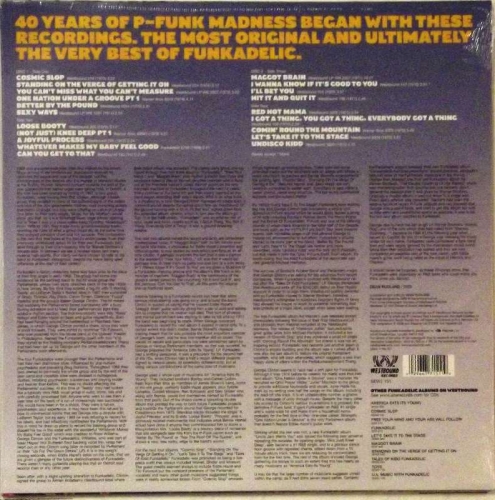 Standing On The Verge

Expanding back out to a more all-over-the-place lineup -- about 15 or so people this time out -- Funkadelic got a bit more back on track with Standing on the Verge. Admittedly, George Clinton repeats a trick from America Eats Its Young via another re-recording of an Osmium track, namely leadoff cut "Red Hot Mama." However, starting as it does with a hilarious double soliloquy (with the first voice sounding like the happier brother of Sir Nose d'Voidoffunk) and coming across with a fierce new take, it's a good omen for Standing on the Verge as a whole. Eddie Hazel's guitar work in particular is just plain bad-ass; after his absence from Cosmic Slop, it's good to hear him fully back in action with Bernie Worrell, Cordell Mosson, Gary Shider, and the rest. In general, compared to the sometimes too polite Cosmic Slop, Standing on the Verge is a full-bodied, crazy mess in the best possible way, with heavy funk jams that still smoke today while making a lot of supposedly loud and dangerous rock sound anemic. Check out "Alice in My Fantasies" if a good example is needed -- the whole thing is psychotic from the get-go, with vocals as much on the edge as the music -- or the wacky, wonderful title track. There are quieter moments as well, but this time around with a little more bite to them, like the woozy slow jam of "I'll Stay," which trips out along the edges just enough while the song makes its steady way along. In an unlikely but effective turn, meanwhile, "Jimmy's Got a Little Bit of Bitch in Him" is a friendly, humorous song about a gay friend; given the rote homophobia of so much later hip-hop, it's good to hear some founding fathers have a more open-minded view.