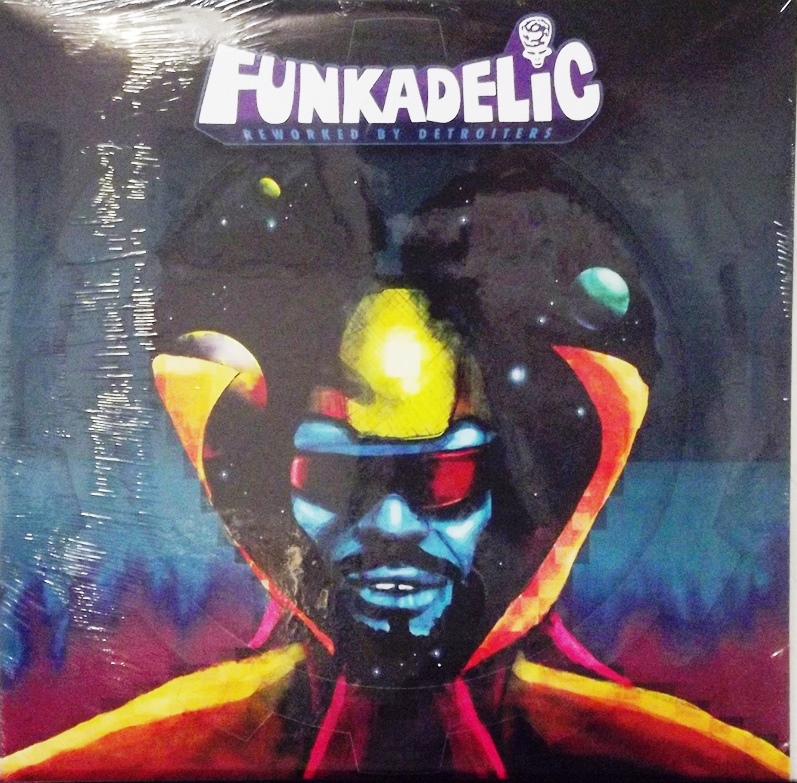 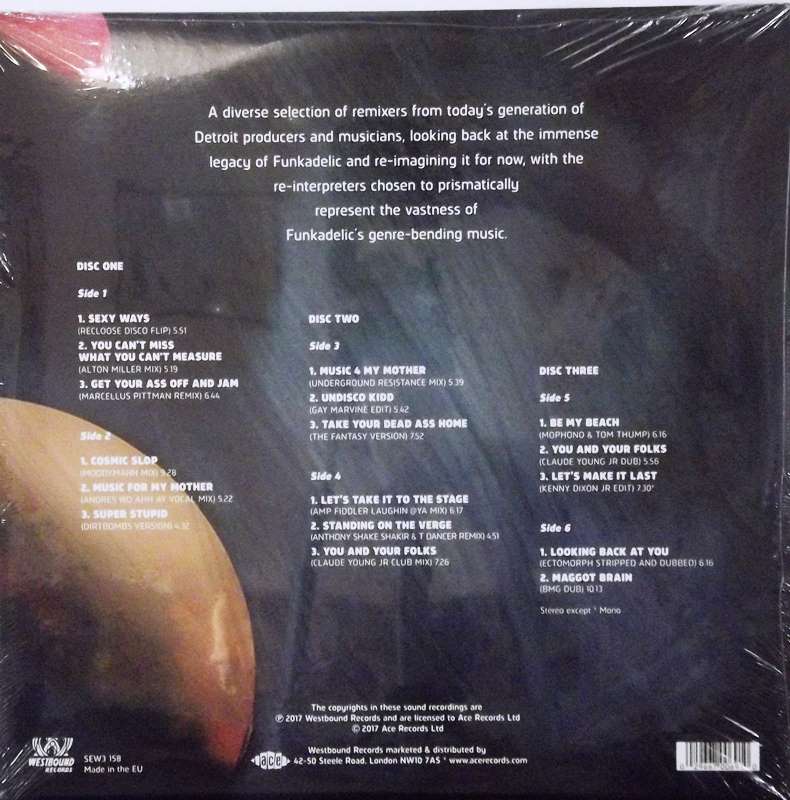 Within the history of African-American music, George Clinton, Parliament and Funkadelic loom large. P-Funk influenced many corners of dance music over the years, but the psychedelic mythology of Dr. Funkenstein, Starchild, Sir Nose d'Voidoffunk and the rest has a special resonance in Detroit. When The Electrifying Mojo was educating the Motor City via the airwaves with his show, the Midnight Funk Association, Parliament and Funkadelic were key ingredients in his soulful stew, helping to shape the cosmically-minded delivery of the music. The monologues at the start of those broadcasts tapped into Clinton and co's idea of funk as a spiritual endeavour. This mythology was instrumental in the formation of techno.

Given the reverence with which this music is held, it's a brave move to commission a Funkadelic remix compilation. Of all the possible contributors you could think of, the musical community of Detroit feels like the most natural choice. There's a deep pool of talent to draw on, and the touch of P-Funk can be profoundly felt all over the city's music legacy. Some artists are notably absent. In the cases of Theo Parrish, Carl Craig and Wajeed, they chose to withhold their versions, deeming them unworthy of the Funkadelic legacy. It's reassuring to know the job was taken so seriously. The collection, overseen by Ectomorph's Brendan M. Gillen, focuses specifically on the more psychedelic, rock-oriented Funkadelic. The results veer from subtle tweaks to drastic manipulations.

Moodymann's approach on "Cosmic Slop" is the consummate edit, eking out the grooviest elements, reining in some of the raucous levels and creating a more sustained experience. The whole way through you're waiting for the chant to kick in—"Would you like to dance with me? We're doing the Cosmic Slop"—but it never does. Underground Resistance take a more drastic approach with "Music 4 My Mother." The stripped-back blues of the original gets a shot in the arm with a boogie rhythm section that feels indebted to the '80s brand of P-Funk you'd find on tracks like "Hydraulic Pump" and "Loopzilla." Rather than twist the track to their own techno agenda, UR have tapped into the P-Funk flavor that's occasionally come through in their own tracks, like "Ma Ya Ya."

Amp Fiddler's looped-up version of "Let's Take It To The Stage" keeps the original in the foreground while giving it a fresh energy, riding a guitar lick incessantly for six minutes. The Dirtbombs, a long-serving staple of Detroit's garage rock scene, serve up a faithfully rowdy cover of "Super Stupid."

The experiment doesn't work everywhere. Claude Young Jr's "Club Mix" of "You And Your Folks" is an unnecessary departure from the original into a functional but forgettable club workout, which he rectifies with a far more sensitive touch on the "Dub Mix." Anthony Shake Shakir and T Dancer chop "Standing On The Verge" into a funky break. It's unsurprisingly rough, but the cut-in samples of vocal and guitar jar a bit too much.

Gillen appears three times on the compilation. With Scott Zacharias as The Fantasy, he applies a light touch to "Take Your Dead Ass Home." With Erika as Ectomorph, he lays a dubby shimmer over the bittersweet "Looking Back At You." It was a strange choice to cut the backing vocals and expose Clinton's wobbly delivery, but it shines a fresh light on the core of the Funkadelic experience. "Maggot Brain," arguably the most daring track to take on from the Funkadelic canon, gets a dub from Gillen that closes the second disc.

It's clear from the results here that the task of reworking Funkadelic wasn't taken lightly. In a music world enriched by sample culture, there should be no sacred cows, and Clinton himself seemed to embrace the practice via, for example, G-Funk. As you would expect on a 17-track compilation, in places the experiment really works and elsewhere it probably could have been left alone, but there are enough killer moments here to make it all worthwhile.