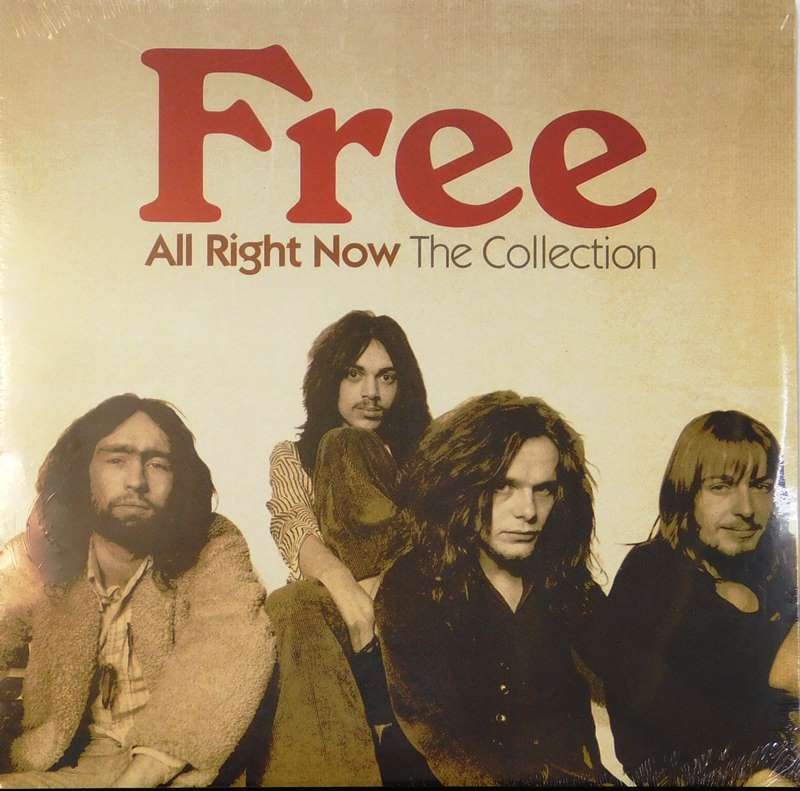 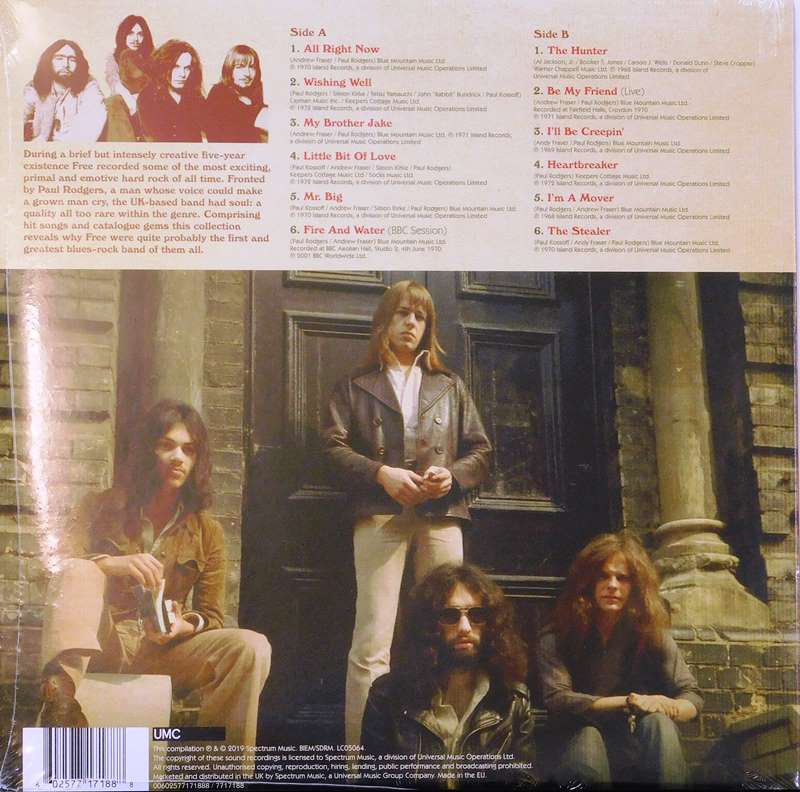 All Right Now - The Collection

Free were an English rock band formed in London in 1968, best known for their 1970 signature song "All Right Now".[1] They disbanded in 1973 and lead singer Paul Rodgers went on to become the frontman of the band Bad Company, which also featured his Free bandmate Simon Kirke on drums.[2] Lead guitarist Paul Kossoff formed Back Street Crawler in 1975, but died from a pulmonary embolism at the age of 25 in 1976.[3] Bassist Andy Fraser formed Sharks.[4]

Free became renowned for their live shows and non-stop touring. However, their studio albums did not sell very well until their third, Fire and Water, featured the massive hit "All Right Now". The song helped secure them a place at the Isle of Wight Festival 1970, where they played to 600,000 people.[5] In the early 1970s, Free became one of the biggest-selling British blues rock[6][7][8] groups; by the time they disbanded, they had sold more than 20 million albums around the world and had played more than 700 arena and festival concerts. "All Right Now" remains a rock staple and has been entered in ASCAP's "One Million" airplay singles club.[9][10]

Rolling Stone has referred to the band as "British hard rock pioneers".[11] The magazine ranked Rodgers No. 55 in its list of the "100 Greatest Singers of All Time",[12] while Kossoff was ranked No. 51 in its list of the "100 Greatest Guitarists of All Time".[11] Free were signed to Island Records in the UK and A&M Records in North America. Both labels became part of the PolyGram group in 1989, then Universal Music Group (UMG) in 1998; UMG now controls the band's catalogue worldwide.[13]