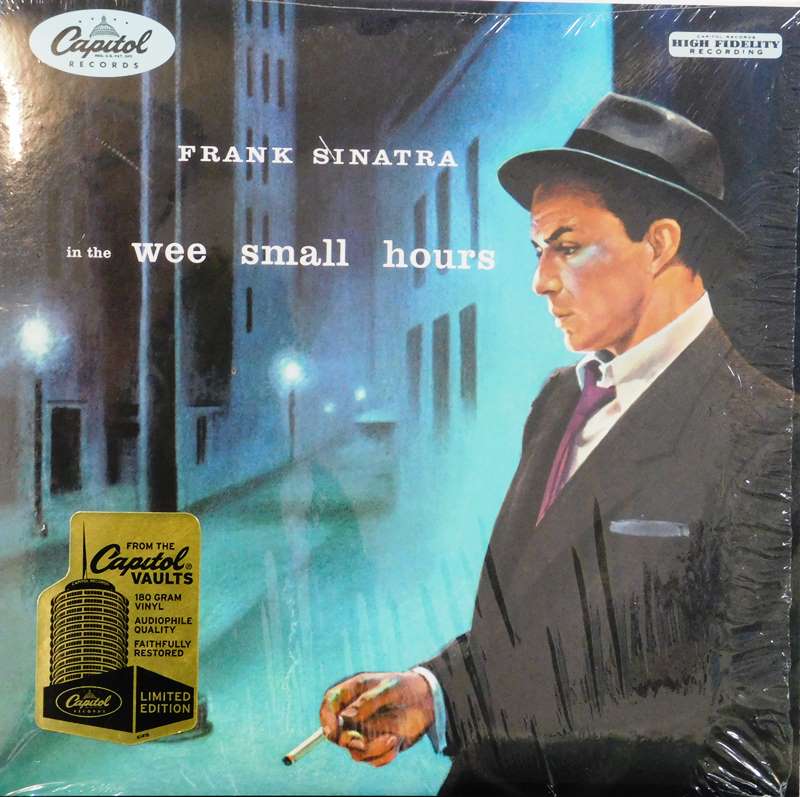 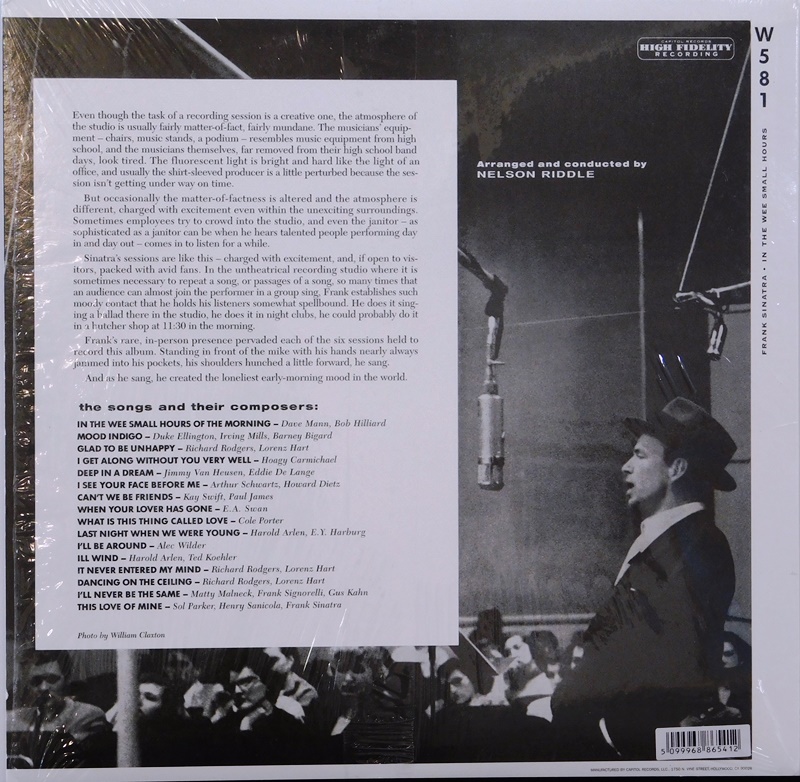 In the Wee Small Hours

In the Wee Small Hours is the ninth studio album by American vocalist Frank Sinatra. It was released in April 1955 on Capitol Records, produced by Voyle Gilmore with arrangements by Nelson Riddle. All the songs on the album deal with specific themes such as loneliness, introspection, lost love, failed relationships, depression and night-life; as a result, In the Wee Small Hours has been called one of the first concept albums. The cover artwork reflects these themes, portraying Sinatra on an eerie and deserted street awash in blue-tinged street lights.[1][2] He had been developing this idea since 1946 with his first album release, The Voice; he would successfully continue this "concept" formula with later albums such as Songs for Swingin' Lovers! and Only the Lonely.[3]

In the Wee Small Hours was issued as two 10-inch LP discs, and also as one 12-inch record LP, making it one of the first of its kind in the pop field. It was also issued as four four–song 45-rpm EP discs sold in cardboard sleeves with the same cover as the LPs, not in paper covers like 45-rpm singles.