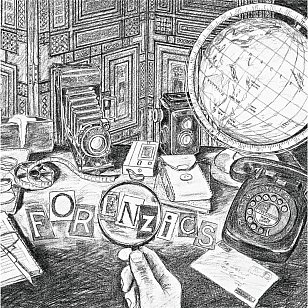 Forenzics is an exciting new project from former Split Enz members Eddie Rayner and Tim Finn. Tim & Eddie have been working away on a wide selection of new songs, many of which have origins in early Split Enz songs ~ the band they were integral members of Split Enz when they formed in New Zealand nearly 50 years ago. Delving into the rich potpourri of sounds and ideas the early Enz songs contain, Tim and Eddie have sourced some “shades” and “echoes” to construct some of the new Forenzics songs. The Forenzics repertoire, like paintings in an exhibition, is an album of individual works that together form an immersive and cohesive whole. It is a genuine sabbatical journey into the artistic unknown, mapped out by two artists at the height of their creative powers.