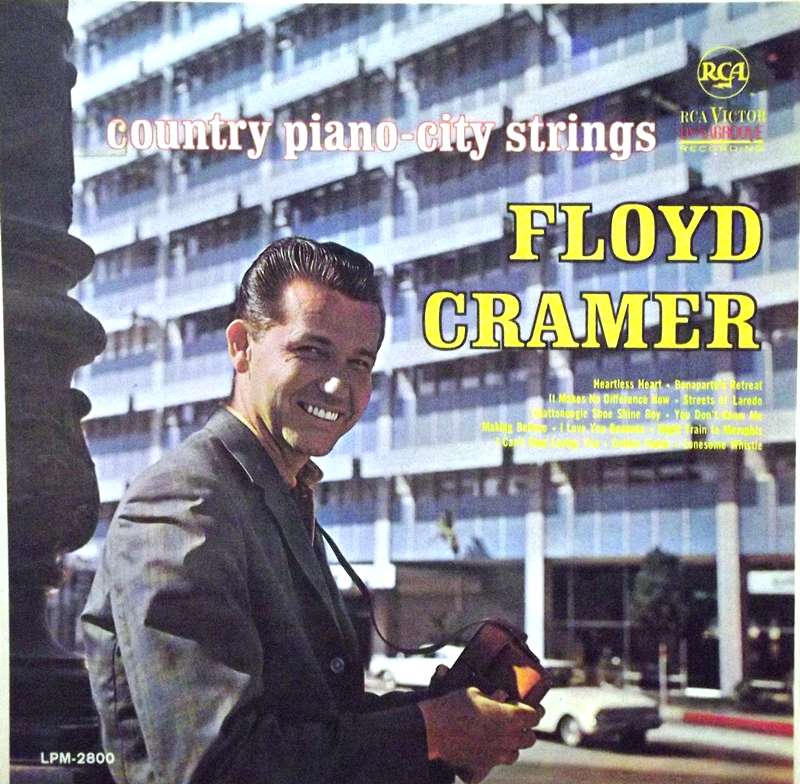 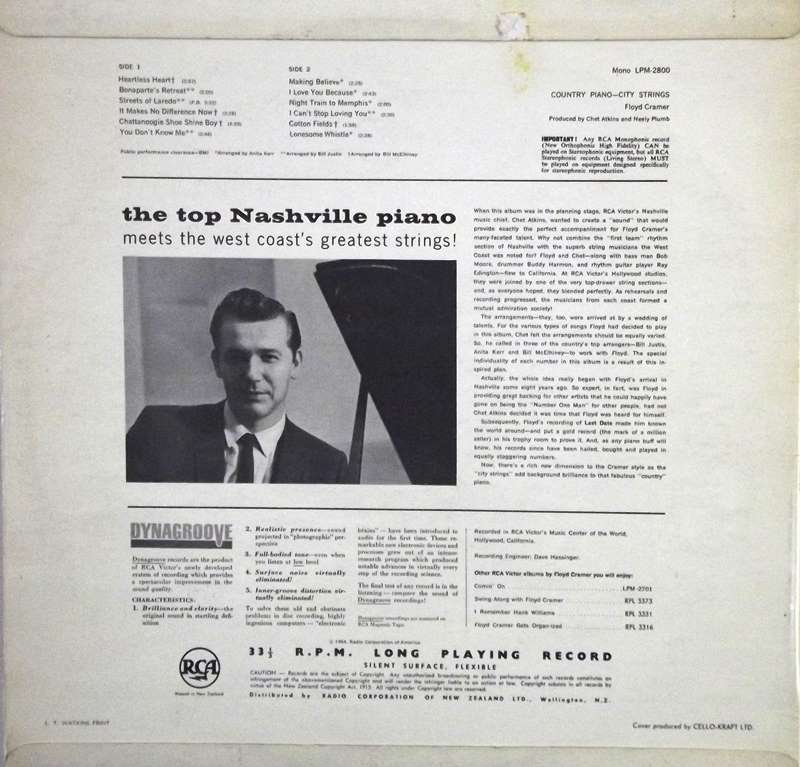 Country Piano/City Strings meant a trip out of town for pianist Floyd Cramer and the rest of his rhythm section, and listeners can contemplate just how Nashville got along without these in-demand session fellows for the duration. Perhaps very little music was recorded in Nashville while Cramer, bassist Bob Moore, drummer Buddy Harmon, and guitarist Ray Edington were out in Hollywood collaborating with "the west coast's greatest strings!" as described on the album cover, complete with exclamation point. Contemplation of this sort will come easy while checking out these dozen tracks, instrumentals all in which three different arrangers took on the task of combining the hip Cramer rhythm section with a string section and background choir which, great as they are, are also about as unhip as a crew cut at the Woodstock Festival. The Cramer style can be compared to a California redwood tree, about which Ronald Reagan said "You've seen one and you've seen them all." The comment can easily be applied to Cramer's discography as a solo artist but it isn't strictly a negative thing -- the essence of his style is grand and majestic like these trees themselves. His simplicity and profound use of space are the core reason; his actual technique involving grace notes, evoking the image of someone combing the piano, is one of the more recognizable sounds in instrumental music. Country & western fans who abhor strings and background vocals will want to drive right around this particular album, an option not available on any of the freeways that meander through Nashville. The lack of a such a prejudice will make it easier to enjoy the instrumental give-and-take. The best moments tend to occur when the electric guitarist slips in, sounding brilliant, on tricky numbers such as "Bonaparte's Retreat" and "Chattanooga Shoe Shine Boy."