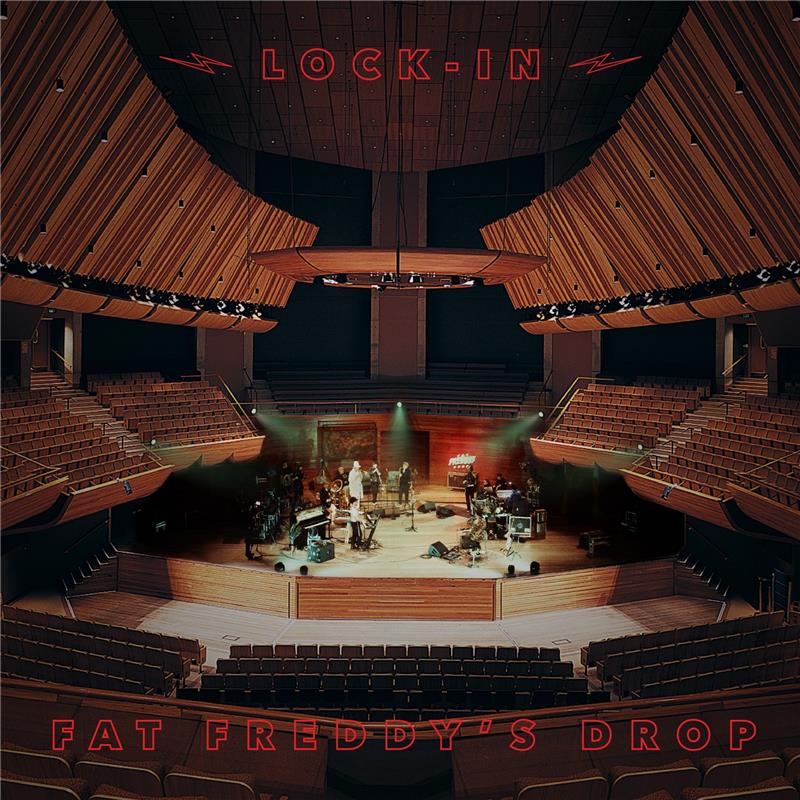 Fat Freddy's Drop present the ‘Lock-In’ album, a sonic moment in time as the band jam conscious songs of freedom and hope for a generation.

The studio session was captured at the iconic Michael Fowler Centre in the band’s hometown of Wellington during the pandemic lockdown. Devoid of audience, it’s a reflection of the surreal times that have halted tour life in 2020. The Lock-In’ release is Freddy’s way of giving back to fans worldwide. The band re-located their BAYS studio to the MFC and set up in a circle on the MFC stage for the recording, providing a unique space to jam slow burn classics such as ‘Soldier’, ‘Hope’ and ‘This Room’ as well as test drive ‘Avengers’ a brand new track in the making. The other tracks recorded are 'Special Edition', ‘Six-Eight' ‘OneFourteen’ and 'Trickle Down’ from ‘Special Edition Part 1’ the band’s most recent album.

The crisp multi-track production was recorded by Western Audio, remixed by DJ Fitchie, Freddy’s beat master and producer back at Freddy’s BAYS studio and shipped for final mastering at Calyx studio in Berlin. The ‘LOCK-IN’ session melds Freddy’s fastidious studio chops and love of freewheeling jams with a tautness that comes from 21 years in the business and a reputation as one of the finest live draws in the world. Fat Freddy’s Drop ‘LOCK-IN’ will be accompanied by an online video of the jam session, adding another dynamic dimension to the special documentation. ‘Lock-In’ sit back, relax and enjoy the show.