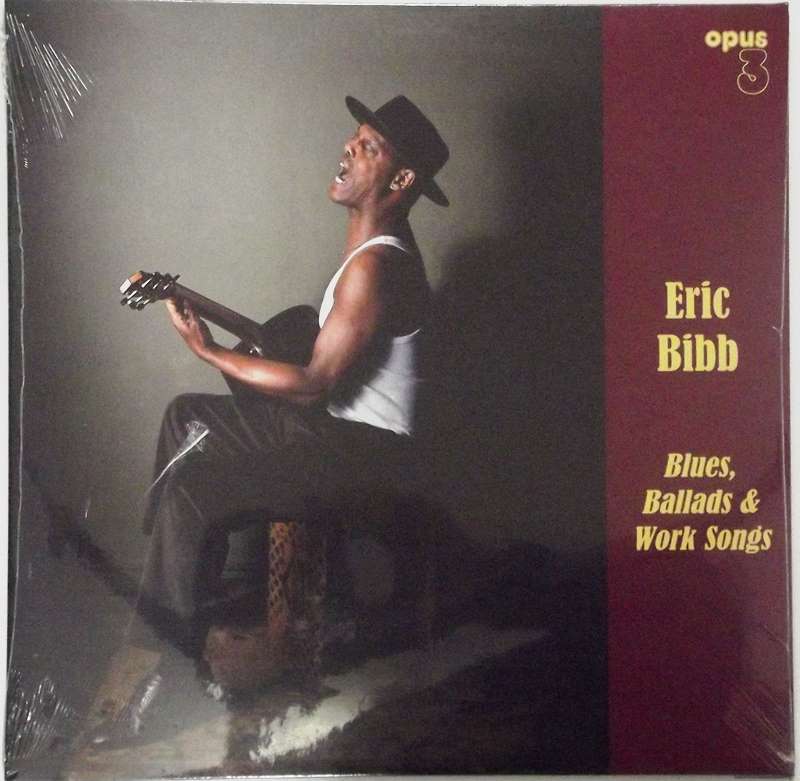 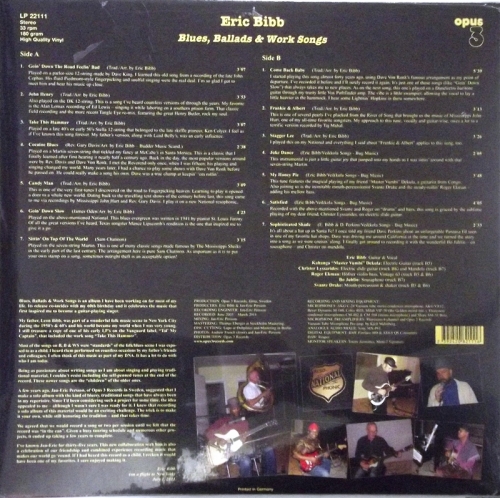 Opus 3 Records is both privileged and delighted to release acoustic blues singer/songwriter Eric Bibb's new album Blues, Ballads & Work Songs, a further enhancement to Opus 3's association with Eric which goes back to 1977 when he was in effect 'discovered' with the success of his debut album Rainbow People. Other albums over the years have included 1994's Spirit & The Blues, 1997's Good Stuff and 2000's Just Like Love.

The basic concept of Blues, Ballads & Work Songs was to cover the complete range of traditional folk/blues songs which were an inherent part of Eric's childhood up to the present day with his own inimitable compositions.

"Blues, Ballads & Work Songs is an album I have been working on for most of my life. Its release coincides with my 60th birthday and it celebrates the music that first inspired me to become a guitar-playing singer. Being as passionate about writing songs as I am about singing and playing traditional material, I couldn't resist including the self-penned tunes at the end of the record. These newer songs, are the 'children' of the older ones."

As always, Opus 3 Records has strived to achieve the authentic sound which Eric has always loved and it is worth noting that the recordings for Blues, Ballads & Work Songs were made using the very same Valve Stereo-Microphone as on his first album!