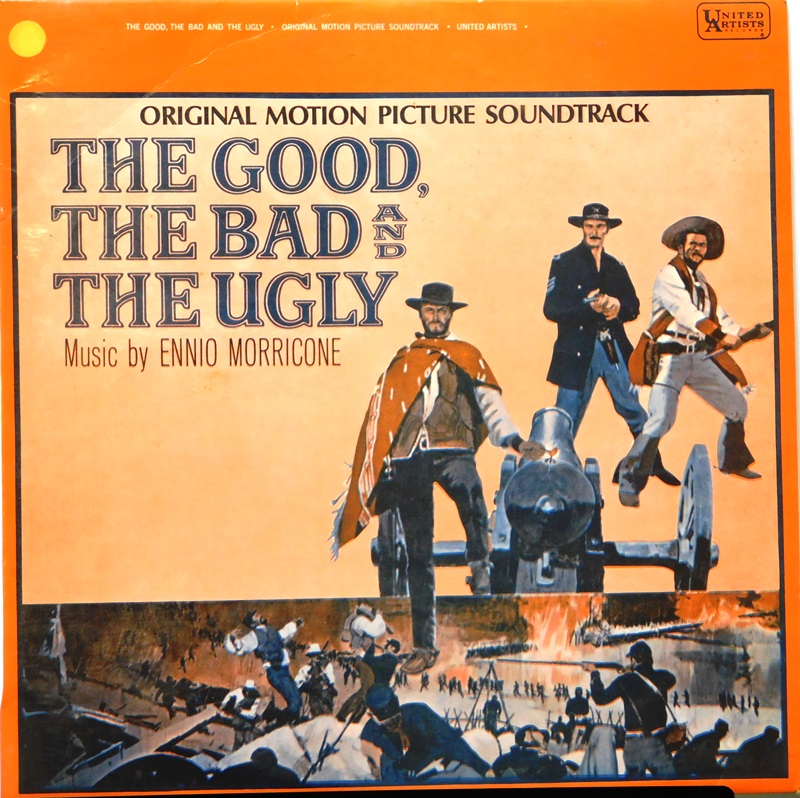 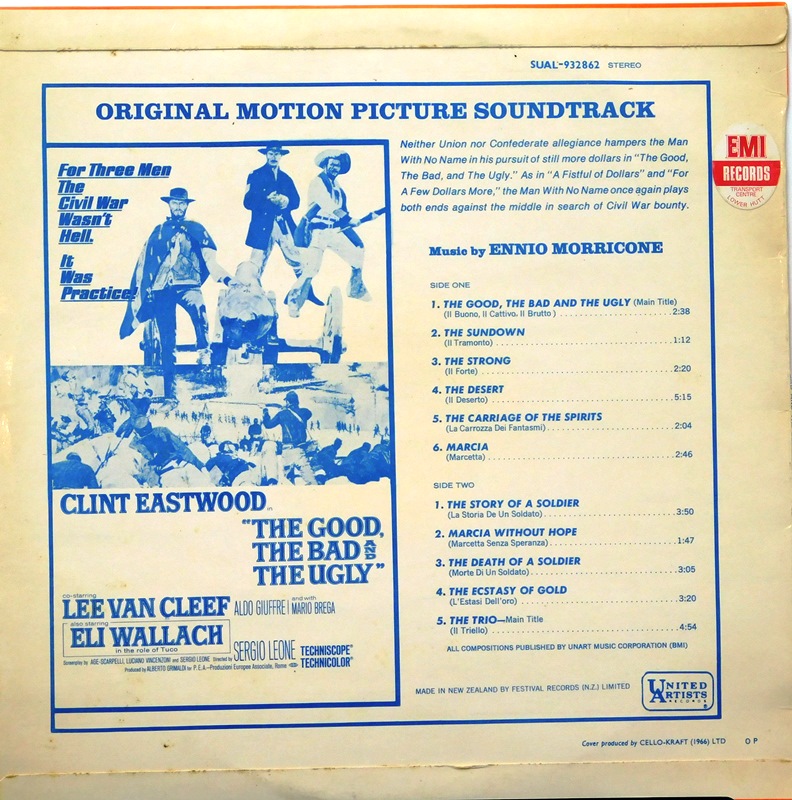 The Good, The Bad And The Ugly - Original Motion Picture Soundtrack

The Good, the Bad and the Ugly: Original Motion Picture Soundtrack was released in 1966 alongside the Western film, The Good, the Bad and the Ugly, directed by Sergio Leone. The score is composed by frequent Leone collaborator Ennio Morricone, whose distinctive original compositions, containing gunfire, whistling, and yodeling permeate the film. The main theme, resembling the howling of a coyote, is a two-note melody that is a frequent motif, and is used for the three main characters, with a different instrument used for each one: flute for Blondie (Man with No Name), Arghilofono (Ocarina) for Angel Eyes, and human voices for Tuco.[1][2]

It is widely considered to be one of the greatest and most original film scores in history.[3] The score complements the film's American Civil War scenes, containing the mournful ballad, "The Story of a Soldier", which is sung by prisoners as Tuco is being tortured by Angel Eyes.[4] The film's famous climax, a three-way Mexican standoff, begins with the melody of "The Ecstasy of Gold" and is followed by "The Triple Duel". This epic showdown is considered by many film critics to be one of the most electrifying climaxes ever filmed,[citation needed] and the music is an integral component of the drama.

The main theme was a hit in 1968. The soundtrack album was on the charts for more than a year,[2] reaching No. 4 on the Billboard pop album chart and No. 10 on the black album chart.[5] The main theme was also a hit for American musician Hugo Montenegro, whose rendition on the Moog synthesizer was a No. 2 Billboard pop single in 1968.[6][7][8] The album was remastered and re-released on Capitol Records in 2004, which had 10 additional musical cues from the film. A European release by GDM music in 2001 contains even more music, with a running time of 59:30.[7][8]