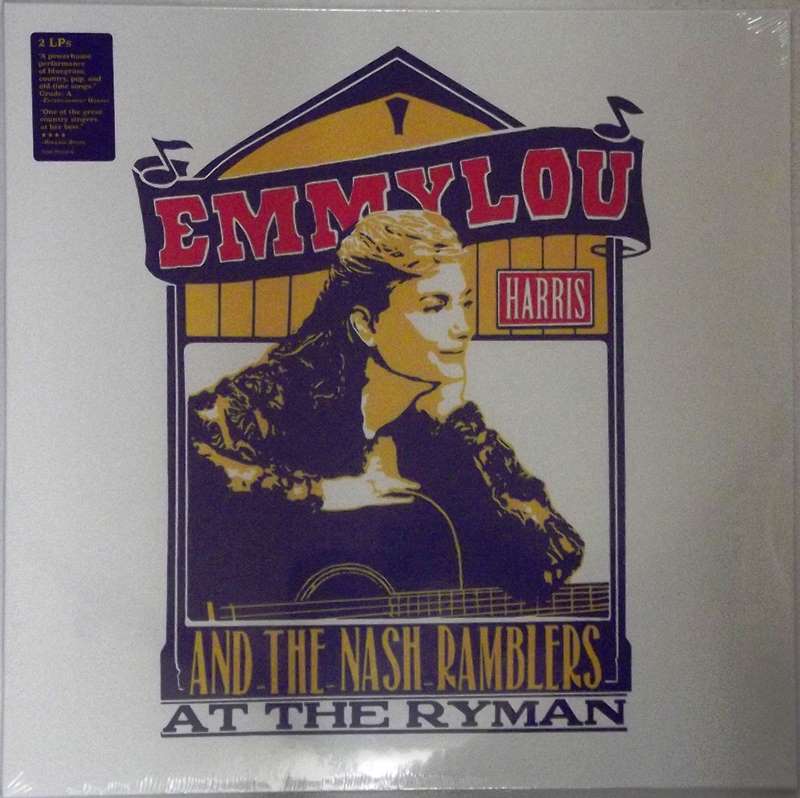 At the Ryman is a 1992 live album by Emmylou Harris and her then-newly formed acoustic backing band, The Nash Ramblers, recorded at the one-time home of the Grand Ole Opry, Ryman Auditorium in Nashville, Tennessee.

A companion video recording of the concert was released on VHS.

The concerts' and album's high acclaim are given near-universal credit for the renewed interest in reviving the dilapidated Ryman Auditorium as an active venue after nearly 20 years of dormancy. Soon after, the building was completely renovated and has since become a world-class concert hall.[6][7]

The album won Harris and the Ramblers a Grammy Award for Best Country Performance by a Duo or Group with Vocal at the 34th ceremony. In 2017, At the Ryman was released on vinyl to celebrate 25 years since the original release, Harris reunited with the Nash Ramblers to perform the album in its entirety[8][9].