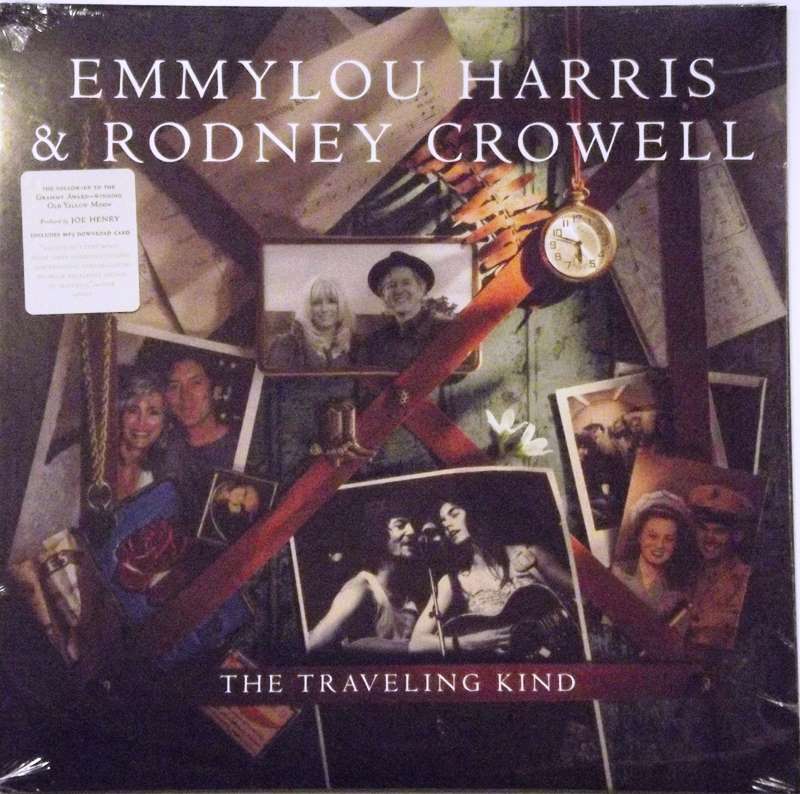 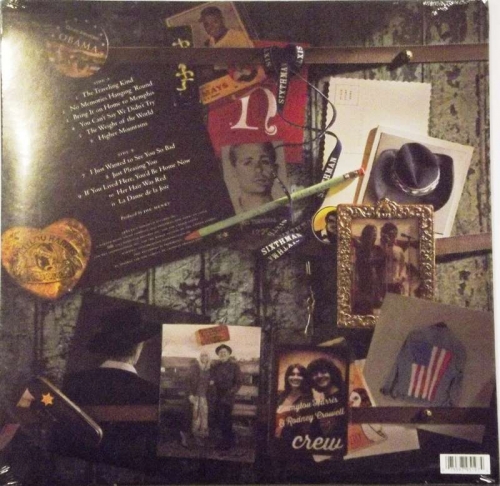 The adage which holds that you get your whole life to make your debut album, and barely a year or two to furnish your second, seems truer than usual in this case. Emmylou Harris and Rodney Crowell had been friends and collaborators for nearly 40 years, going back to Harris’s 1974 solo debut, Pieces Of The Sky, before finally releasing their first proper album together in 2013. It was the highest imaginable praise of Old Yellow Moon that it ranked high among the best things either of them had ever put their names to, an album that managed to be both careworn and rumbustious, not so much a rage against any dying of the light as a genial agreement to make the most of what was left.

Old Yellow Moon was also helped by the fact that it genuinely sounded – and by all accounts was – something the pair had decided to do for fun, with no particular expectations for it. They rifled through Crowell’s formidable back catalogue for songs, and included other favourites by Roger Miller, Hank DeVito, Patti Scialfa, Allen Reynolds, Maraca Berg and Kris Kristofferson. It gave every impression of being the kitchen table singalong the project had apparently started life as. On The Traveling Kind, the pair have decided to take matters a little more seriously, co-writing six new songs for the project; the rest of the tracklisting is made up by Crowell, Crowell in cahoots with other collaborators, and a couple of covers. It is, unfortunately, only a partial success.

It starts promisingly. The title track, written by Harris and Crowell with Wandering Sons frontman Cory Chisel, is an amiable front-porch strum which leads the album as an obvious continuation of the theme established on Old Yellow Moon, a reflective assessment of the road thus far travelled (“We don’t all die young to save our spark/From the ravages of time,” and so forth). The best of the rest of The Traveling Kind is that which most closely adheres to this template: the lovely parting lovers’ duet “You Can’t Say We Didn’t Try” (another Chisel co-write); Crowell’s 70s-vintage “No Memories Hanging Around” (originally recorded by his ex-wife Rosanne Cash and Bobby Bare); the Crowell/Mary Karr drunkard’s waltz “Just Pleasing You” (previously recorded by Vince Gill.)

Elsewhere, sadly, The Traveling Kind is rather a plod. The pair attempt environmental consciousness-raising on “The Weight Of The World”, but succeed only in burdening this slight jazzy truffle with a weight of apocalyptic portent it cannot support. Of the two covers, Amy Allison’s “Her Hair Was Red” is pleasant, but Lucinda Williams’ “I Just Wanted To See You So Bad”, written as a playful entreaty, swings here for the mournful devotion of, say, Roy Orbison’s reading of “I Drove All Night”, but only manages bombast and bluster. And there are two co-writes with Will Jennings, who has – in fairness – helped compose many fine songs, but has also been partially responsible for Eric Clapton’s “Tears In Heaven”, Joe Cocker & Jennifer Warnes’ “Up Where We Belong” and Celine Dion’s “My Heart Will Go On”. The accordion-laced Franco-country closer, “La Danse De La Joie”, is harmless enough, but Jennings’ influence is regrettably discernible on the dreadful “Higher Mountains”, a vapidly yearning potboiler which will in due course doubtless end up soundtracking the closing credits of some enragingly uplifting triumph-against-the-odds movie.

Nevertheless, there is enough that is good to prompt hope that Harris and Crowell produce at least a third album together. By far the best cut is one they wrote together, “If You Lived Here, You’d Be Home Now”. It’s an estimable contribution to the canon of bickering country duets, full of well-crafted zingers – and, crucially, the track on “The Traveling Kind” on which it sounds the least like they’re making much effort.