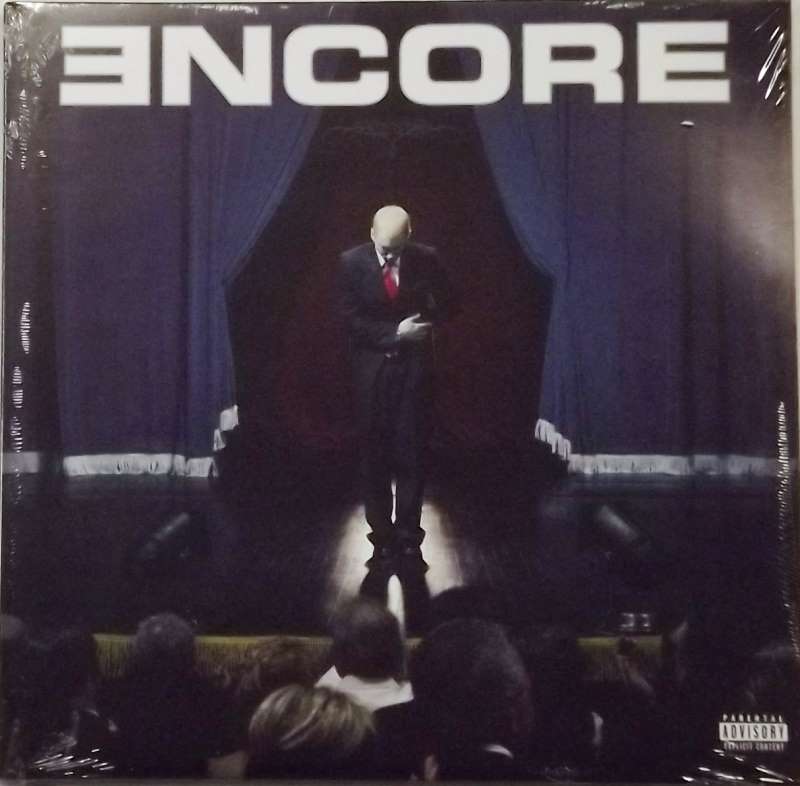 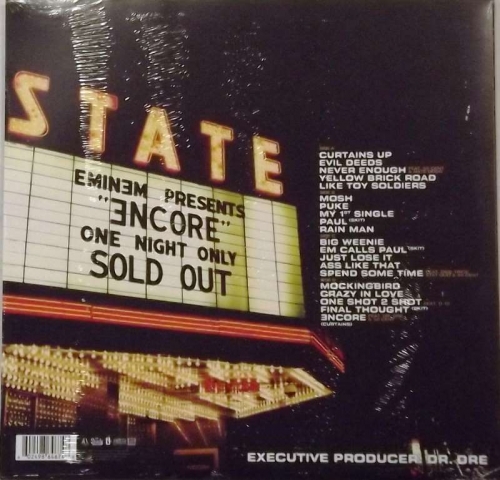 Encore (stylized as ƎNCORE) is the fifth studio album by American rapper Eminem. It was released by Aftermath Entertainment, Shady Records, and Interscope Records. Its release was set for November 16, 2004, but was moved up to November 12 (coincidentally, exactly eight years to the day since his debut album, Infinite, was released) after the album was leaked to the Internet. Encore sold 710,000 copies in its first three days,[1] and went on to sell over 1.5 million copies in its first two weeks of release in the United States, certified quadruple-platinum that mid-December.[2] Nine months after its release, worldwide sales of the album stood at 11 million copies.[3] By December 2016, the album had sold over 5 million copies in the United States and more than 23 million copies worldwide.