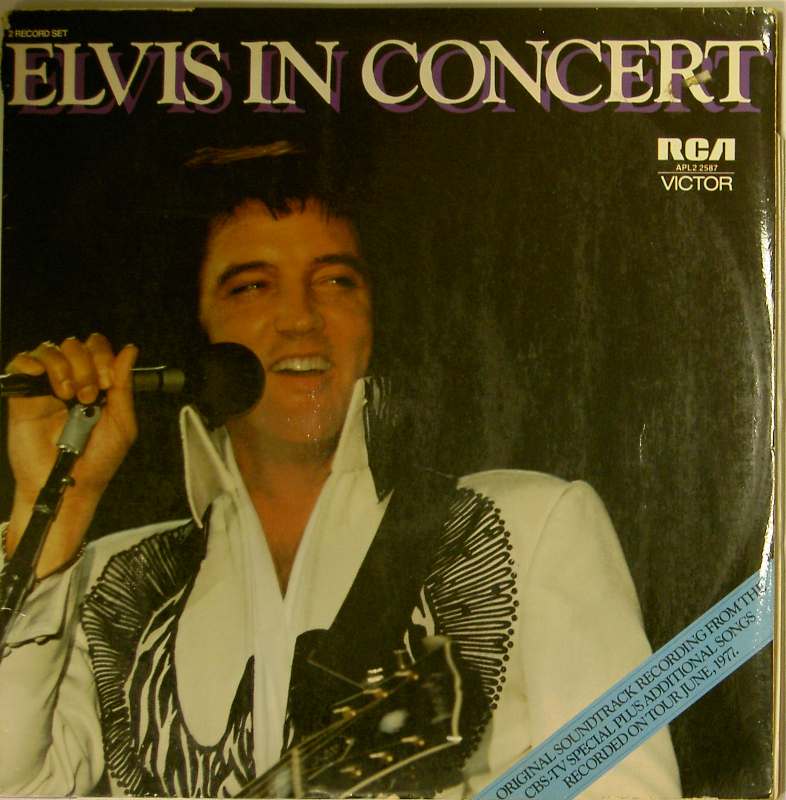 Elvis in Concert is the soundtrack album released by RCA Records in October 1977 in conjunction with the television special of the same name which featured some of the final performances of Elvis Presley. Videotaped and recorded in June 1977, both the special and album were broadcast and released on October 3, (the single "My Way"/"America the Beautiful" was released the same day) six weeks after Presley's death. The album peaked at No. 5 on the Billboard chart in late 1977. It was certified Gold and Platinum on October 14 and 3x Platinum on August 1, 2002, by the RIAA.