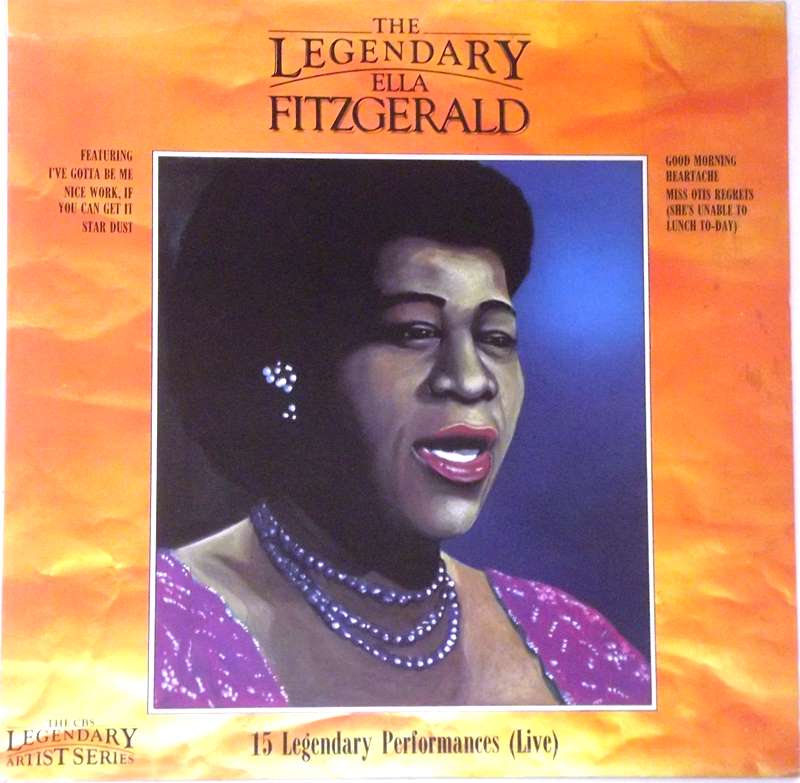 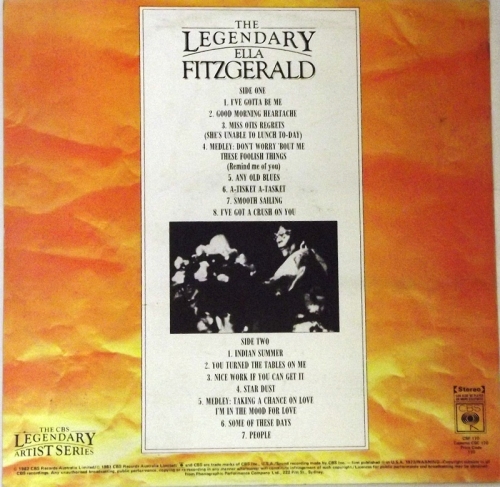 Ella Jane Fitzgerald (April 25, 1917 – June 15, 1996) was an American jazz singer often referred to as the First Lady of Song, Queen of Jazz and Lady Ella. She was noted for her purity of tone, impeccable diction, phrasing and intonation, and a "horn-like" improvisational ability, particularly in her scat singing.

After tumultuous teenage years, Fitzgerald found stability in musical success with the Chick Webb Orchestra, performing across the country, but most often associated with the Savoy Ballroom in Harlem. Fitzgerald's rendition of the nursery rhyme "A-Tisket, A-Tasket" helped boost both her and Webb to national fame. Taking over the band after Webb died, Fitzgerald left it behind in 1942 to start a solo career that would last effectively the rest of her life.

Signed with manager and Savoy co-founder Moe Gale[1] from early in her career, she eventually gave managerial control for her performance and recording career to Norman Granz, who built up the label Verve Records based in part on Fitzgerald's vocal abilities. With Verve she recorded some of her more widely noted works, particularly her interpretation of the Great American Songbook.

While Fitzgerald appeared in movies and as a guest on popular television shows in the second half of the twentieth century, her musical collaborations with Louis Armstrong, Duke Ellington, and The Ink Spots were some of her most notable acts outside of her solo career. These partnerships produced recognizable songs like "Dream a Little Dream of Me", "Cheek to Cheek", "Into Each Life Some Rain Must Fall", and "It Don't Mean a Thing (If It Ain't Got That Swing)". In 1993, Fitzgerald capped off her sixty-year career with her last public performance. Three years later, she died at the age of 79, following years of decline in her health. After her passing, Fitzgerald's influence lived on through her fourteen Grammy Awards, National Medal of Arts, Presidential Medal of Freedom, and tributes in the form of stamps, music festivals, and theater namesakes.